5 Classic Shows To Binge When You Need Comfort – CelebrityGossipNow.com
Skip to content 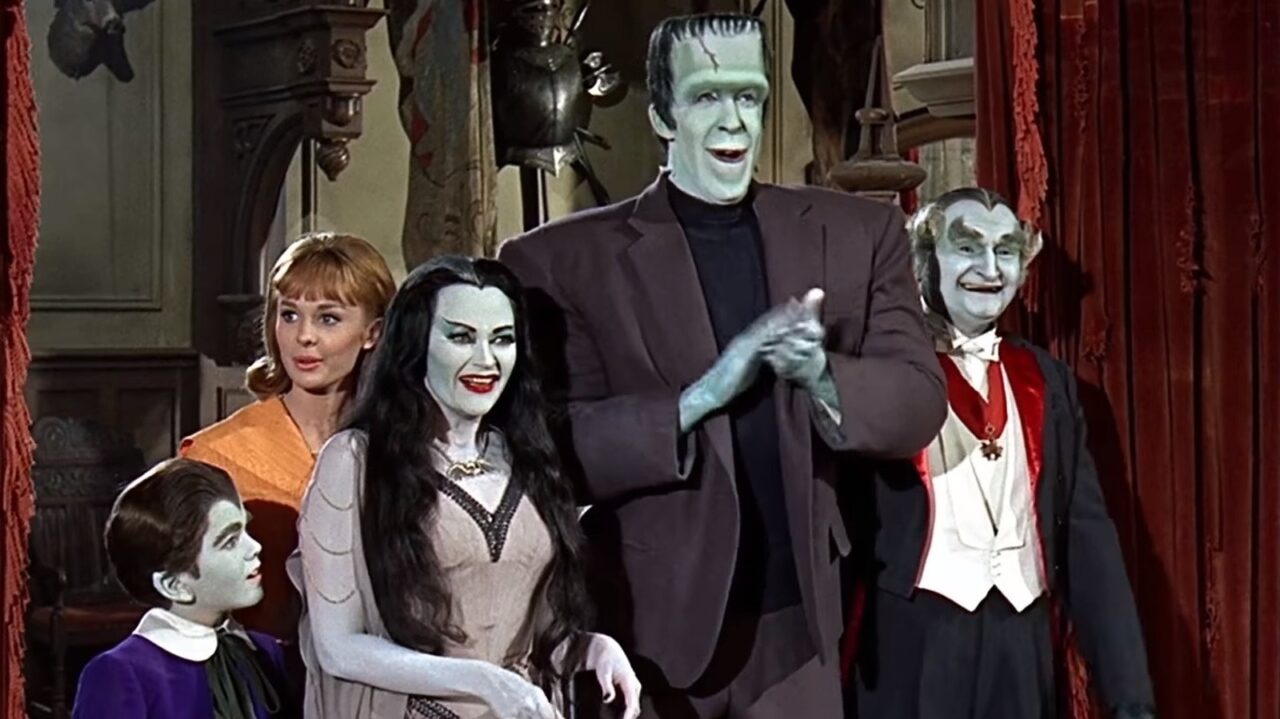 The world is awful but these shows are great.

TV shows raised me. I grew up watching reruns on Nick at Nite or dropping in on The Sci-fi Channel religiously. The Twilight Zone marathons are how I learned which holidays the banks are closed. So of course it makes sense that I would want to revisit some of the genre shows that raised me while the world remains on fire. Luckily, the streaming selections are making it super easy to dive in and take them from the top!

Where You Can Watch: Amazon Prime, Pluto TV,  The Roku Channel, and Tubi

Of all the shows TV Land introduced me to, this was the one that shaped me the most. How can you not fall for Gomez and Morticia’s crew? They’re creepy and they’re kooky after all. This show not only inspired many other horror goddesses, but also spawned too many movies and animated features for me to ever count. This show had all of the same kinds of adventures, and messages about family, as the other shows around its time. However, they made it cool and campy so stood out among those more “picturesque” shows. While the show only ran for two seasons, those 64 episodes are each part of the story of how I became a spooky bitch at such a young age. This is a televised stress ball for those that need it.

Where You Can Watch: Tubi

Before the Sci-Fi Channel rebranded and changed its spelling, it used to show Dark Shadows reruns during the day. Because I was a creepy kid, I would drop in and out but have never seen any of it in order. So, I’m very excited to finally take it from the top. While researching this article I found out it was a soap opera which I feel makes it more iconic. Genre soap operas are forever outnumbered in daytime TV. I’m looking forward to making my way through these 1,225 episodes that span six seasons. If I had time for one more podcast, it would probably be dedicated to this. I love a binge that’s going to take me a while and will take so long that I’ll have to start it over to see what I forgot. If this can’t distract me from *gestures to everything* for a few weeks then nothing can.

If you don’t want a full binge then The Roku Channel and Pluto TV have select seasons and episodes available.

Where You Can Watch: Peacock TV

The other beloved creepy sitcom family is also streaming. The Munsters literally debuted the week after The Addams Family and then shut up shop a month after they ended. I feel like there’s a story there and I plan to investigate after I finally watch this show in order. I remember the first time I saw this show and getting excited that Frankenstein was in a sitcom. Herman Munster (played by Fred Gwynne) laughing is still the serotonin boost we deserve. I hope I get to see it in each of the seventy episodes because I need comfort in this trash decade. Extra serotonin for all of my friends! If there was ever a first family of monsters it would be the Munsters.

Most of us didn’t realize we were being inceptioned when our older siblings showed us Scooby-Doo. We didn’t know we were stealthily being introduced to the genre. We also didn’t know we were meeting a stoner in Shaggy that would give a very different image than what the media wanted us to believe weed smokers were. I watched all of the versions of Scooby-Doo that were streaming last year, and can confirm it’s still a damn good time. We have stoners solving crimes with their dog. A great dane that is also high as a kite and on board with Shaggy’s food concoctions. These 25 episodes are basically a weighted blanket in times like these. I can feel myself getting less anxious just humming the theme song and might have to rewatch this sooner than I planned.

Where You Can Watch: Paramount+

Because Rod Serling was dedicated to holding a mirror up to society, this show is less of an escape than the other ones. However, because it’s put through the sci-fi filter it makes it way more palatable for most episodes. The 156 episodes that make up the original five seasons feel more like my favorite drink. If you’re looking for the television equivalent of a whiskey ginger, or a dirty martini, then The Twilight Zone is where you want to go. While it’s frustrating that we’re still having the same conversations as a lot of these episodes, there is something calming about seeing it told with 60s TV sensibilities. It’s not as jarring as The Handmaid’s Tale but the social commentary is always there. Sometimes, the most comforting thing is to know the genre is political and we’re not as alone in our worries as we sometimes feel like we are.

Let me know if you’re watching any iconic shows from the 60s at @misssharai.