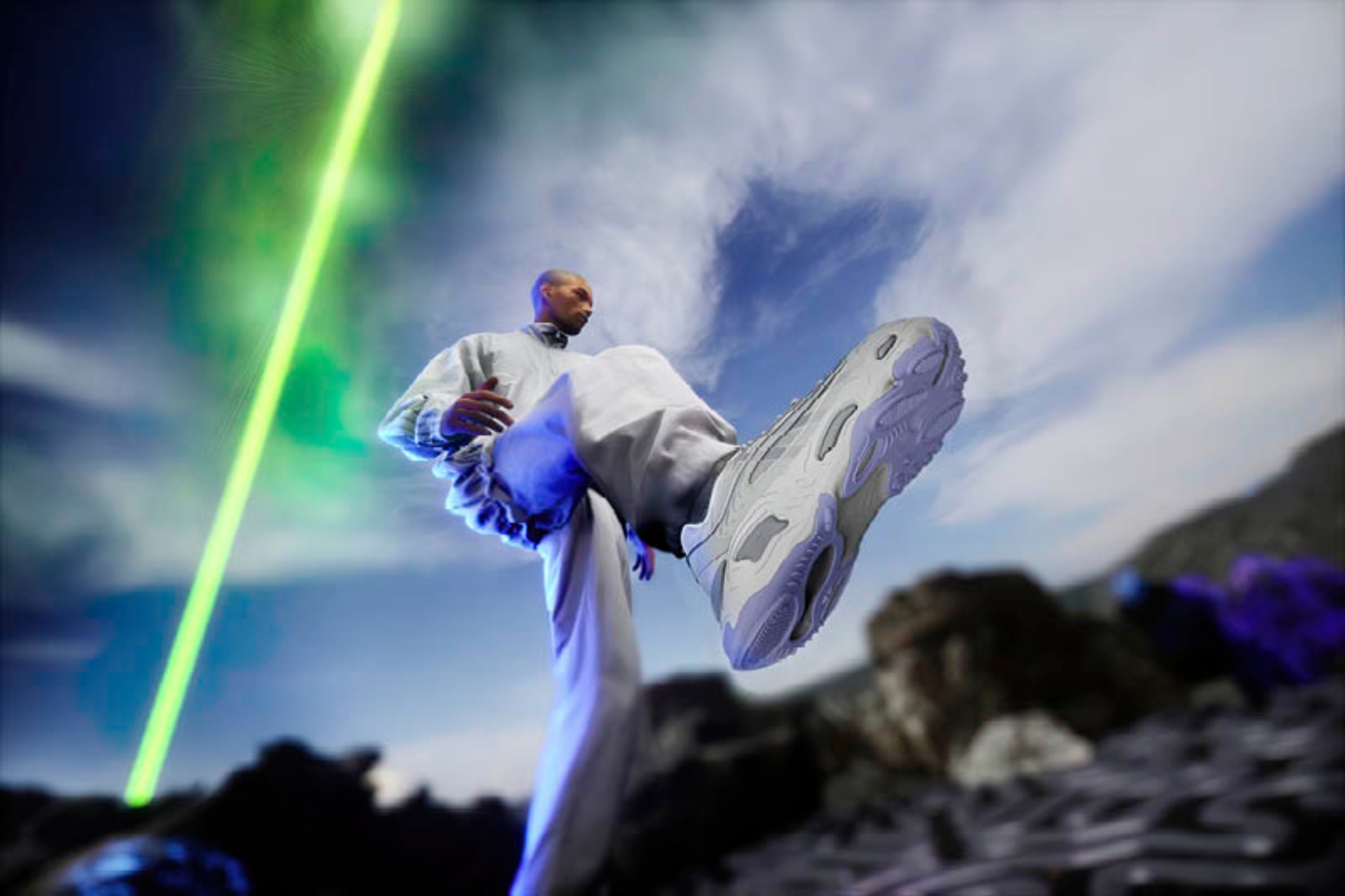 See where your kicks can take you.

Adidas stomps through the metaverse

The beloved Adidas Ozworld collection is storming into SS22. The preexisting Ozelia and Ozweego styles have been updated stylistically, and two new models dubbed Oznova and Ozweego Meta are here to show you that futuristic sneakers are all the rage. But the footwear conglomerate has taken it a step further, allowing consumers to express their unique style and identity through the metaverse via large digital screens at select retail locations. It’s an out of this world experience.

In 2020 when Louis Vuitton launched its collaboration with the NBA, it was at the helm of the late menswear designer Virgil Abloh. Now, on June 2, the French label has revealed its third and final installment of this partnership, with a capsule collection that features a backpack, watch case, hygiene bag and more, all in electric blue leather embossed with the iconic LV monogram. Rounded off with an updated travel trunk for the NBA’s new Larry O’Brien Trophy, the collection is entirely emblematic of Abloh’s affinity for opening up the fashion industry to the rest of the world.

This summer, Christian Louboutin is celebrating his love of travel with a tribute to the land and sea of Greece. Enter the Greekaba collection, headlined by two cabas bags featuring cheeky illustrations by Konstantin Kakanias, and accompanied by a selection of footwear and accessories for both men and women. The playful yet evocative styles are available online and at select stores globally, and a percentage of proceeds from the two couture bags will be donated to the Greek non-profit Together for Children.

Stay cool this summer with Hayley Elsaesser and Smirnoff

Canadian designer Hayley Elsaesser is helping to kick off summer with the launch of Smirnoff’s new Berry Blast Vodka & Soda. In promoting the party-ready drink, Smirnoff is dropping a limited-edition run of Y2K-inspired unisex apparel, designed by the one and only Elsaesser. High fashion meets high function as the pockets in the cargo pants are coolant lined and fit the exact size of the drink can, while the bucket hat doubles as an ice bucket. Simple, yet effective.

Burberry puts roots down at the Queen’s Platinum Jubilee

As the official partner of the Queen’s Platinum Jubilee Pageant this year, British fashion brand Burberry has created an exclusive scarf to commemorate and honour the occasion. The silk square is hand-illustrated with motifs inspired by ancient British woodlands, featuring birds that represent the four British nations. And in the creation of this scarf, Burberry made a donation to the Woodland Trust to further enrich the UK with trees. It is available for purchase and will adorn Burberry store flags and windows in London town for the span of the Jubilee celebrations.

Put simply, we all own too much stuff. And with our society’s constant urge to shop, loads of garments end up unworn and in landfills. So for the third summer in a row, non-profit collective Remake – which is on a mission to disrupt the clothing industry – is challenging consumers to pause purchasing new clothes for 90 days. From now until September 1, take the #NoNewClothes pledge and help to save over 9,700 litres of water, 207 kg of CO2e, 9.1 kg of waste, plus a whole lot of your own money.

Elita wants every woman to feel like an Elita woman – which is why they’ve expanded their product offering in two ways. First, the selection of nudes has gone from just two very light beiges to now including a mahogany, espresso and soft rose tone, giving more women access to a perfect match in undergarments. Plus, sizing for their collections now reaches 3XL in bottoms and size 46 in bras.