Beasts at Midnight, Beasts in Art, and Beasts Inside! – CelebrityGossipNow.com
Skip to content 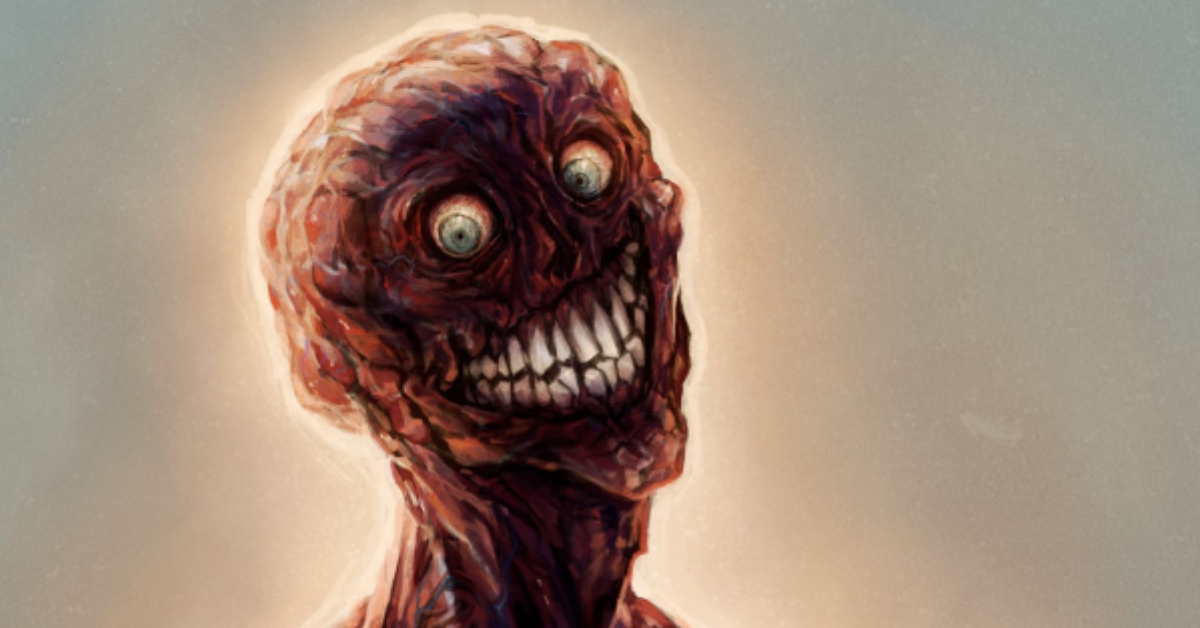 Check out the latest Indie Spotlight! 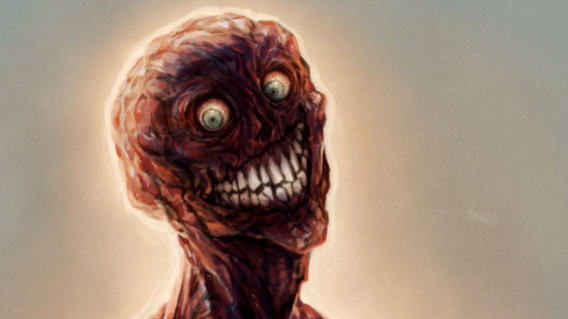 We’re back at it again, Blood Babes! Giallo Julian’s Indie Spotlight! The series where we look at what’s new in the dark of indie horror’s night and illuminate it for everyone else to see. This time around, we have not one, but TWO beasts to confront, plus some ghoulishly gore-geous art to catch our bloodshot eyes. Why waste any more time? Let’s light our candles and stumble down this quiet, dark hallway and see what’s on the other side!

Tearing its way up front, we have an upcoming film from director Christopher Jackson, titled The Beast Comes at Midnight!

“An outcast, teenaged live streamer must enlist the help of four popular kids after he discovers that a werewolf is tracking one of them in their small Florida town.”

If I’m counting right, this is the second werewolf flick I’ve had on the Spotlight… which is too low of a number. I need to stop slacking and get some more lupine action on here!

Starring in this tale of Lycan terror is Eric Roberts (The Expendables, Raptor), Michael ParÃ© (Streets of Fire, Bad Moon), and plenty of up-and-coming talents filling out the rest of the cast. You know, I’ve been wondering when Roberts was going to pop up on here, he always has something new happening in the indie-scene. Also, holy shit, Michael ParÃ©? Fucking Tom Cody? Color me hyped!

Joe Castro (Terror Toons, Bonehill Road) provides the creature effects, while also playing the titular “Beast” of the film. There’s also going to be a few cameos from some former WWE/ECW superstars, so that’s something for fans to look forward to.

An interesting note, apparently this film isn’t the usual “adult-oriented” horror that’s normally on here, being more inspired by the “kid-friendly” scary movies from back in the day. You know, like Gremlins, The Monster Squad, Silver Bullet; flicks like that. McKeever also stated that some inspiration came from first-hand experience:

“We visited… The International Independent Showmen’s Museum… The museum is full of traveling show history. Rides, sideshows, games of chance, and an amazing collection of vintage banners for sideshow attractions. One was a Wolfboy exhibit. This was the idea for the werewolf feature.”

The movie’s slated to be released at independent theaters and drive-ins sometime in August, but it’s having a FREE premiere screening at Tampa Theatre on June 11th. So, if you happen to be in the area around then, be sure to check it out! Like always, I’ll keep you updated when I am. To see more info, check out its official website here and the Showtown American Pictures website here.

Speaking of which, keep a look out for more flicks coming your way from Showtown American Pictures, including Bitter Souls, Scatenato, and The House in the Pines!

Next up, we have an artist specializing in imagery involving the macabre and horrific – Tess!

Of their work, Tess said:

“It can sometimes be hard to say what kind of works I do specifically, as my works can jump around in subject matter. However, my main goal… is the blending of horror and love. Horror is an outlet and a comfort for me as a genre, and it tends to seep into all of my work as I explore mediums and techniques… I create the monsters and scenes I wish to see. Paintings that show what I find captivating and comforting. That explore the wide range of emotions that horror can conjure.”

Pairing that sentiment with the look of the art, I can just tell their passion for horror is genuinely heartfelt.

When asked what inspired them to create, Tess replied:

“Inspirations for me pull from so many places… from The Thing to works like Dorohedoro. Games like Resident Evil and Silent Hill… had a definite impact on how I approach monsters as a subject. If there’s something with monsters or body horror in it, you can expect I’ve probably seen it or at least know of it.”

As y’all know, I’m big on body horror, so Tess is certainly speaking my language! Just something about toothy, twisted, tendril-like flesh-beasts that I find appealing… not sure what that says about me, but Tess surely takes that idea and molds it into fantastic, Del Toroian illustrations!

“I have a lot of projects in the oven. Making a 3D model for possibly streaming art and games. My main personal project is learning how to make short comic strips with characters that are a way for me to express how horror can be a safe space for escapism from real world pains.”

To see more of Tess’s work, be sure to check out their Twitter page here, Tumblr page here, and Deviant Art page here.

3. The Beast Inside (Feature Film)

Capping off the list, we have a forthcoming film about demonic possession starring/co-written by Sadie Katz: The Beast Inside!

Katz describes the film’s story as such:

“Annie, a woman who is possessed by the same demon that took her mother and grandfather, must exorcise the spirit before it destroys her and moves on to her young son. When she learns her priest isn’t able to help, she’s forced to exorcise the demon on her own. More than just another exorcism film, the themes of addiction, mental illness, and family weave throughout.”

Now, personally, I’m not a huge fan of exorcism horror (just never got into it, I don’t know why). But this one sounds too interesting to pass up, the idea of demons as a generational trauma being a unique concept.

When asked what inspired her to make the film, Katz answered:

“Director Jim Towns and I were both moaning about the quality of indie film. So much has been taken over by crowdfunding films. It’s becoming very pay-to-play. Ninety percent of the scripts I’m sent haven’t even finished being written. I sorta cringe every time someone says I have this script I sat down and wrote in a weekend! You wrote a script in a weekend?! Why? The idea of making a film just to make a film – just doesn’t appeal to me… We both wanted to prove that we didn’t settle on doing “another indie low-budget film” after being so dismayed by the quality of indie horror being churned out. It was so important to me to show that even with a limited budget and shooting days, with the right script and team, you could make a truly scary film that wasn’t just another flipped film.”

On the inspirations for the feature itself, they came from somewhere a bit more personal in Katz’s life:

“I have a family line of metal illness and addiction. When you’re a parent, I think just like wondering if you passed your sleepy eyes or tiny, weird ears, you worry about passing on other family illnesses… You don’t always react the way Hallmark movies say you should. We picture the mom as the woman who’s at the bottom of the stairs sobbing, and I don’t think that’s always the truth. Before being a mother, Anne’s character is a woman trying to survive herself.”

Along with Katz playing the lead character (Anne), the film stars Vernon Wells (Commando, The Road Warrior) as Father Geoffrey, the priest with a “conflicted relationship” with Anne; Laurene Landon (Maniac Cop, Agramon’s Gate) as Anne’s mother, who’s said to be “incredible and terrifying” in the role; and Danelle Von Visgor (How to Become a Hitman, Bobby Bishop) as Meredith, who’s “mature and arresting” performance makes Katz confident that we’ll see her in more genre films to come. Randy Edelman (Ghostbusters II, Anaconda) is composing the film’s score, while Joe Castro (Hey! Small world!) is providing the visual effects. To say that there’s quite a bit of talent here would be an understatement!

“Randy’s involvement shows to me that A-list talent isn’t against working with indie producers if you actually have a film worth believing in… I’m just absolutely blown away by how much talent we have in the horror community. I think it’s not talked about enough. What I love so much about producing is being able to connect with all these people I’ve watched do such amazing work and seeing what each person brings to the film… The collaborative spirit of filmmaking is what I enjoy most of all.”

The film’s planned to be completed by the end of June, aiming to be submitted to film festivals before having an early December release. When any more news surfaces, I’ll be sure to keep you in the loop!

With that, I’ll leave y’all with one last word from Katz:

“My husband and I were both just stunned how horror has really gone mainstream. It’s year round and only seems to get bigger. That creates so much more opportunity, but it also means you have to work hard to find your place, so you don’t get buried with all the other content… I have my little DVD shelf of my films and I want to make a separate little shelf for The Beast Inside… I hope it gets that chance to really stand out and be seen.”

Before we bring this Spotlight to a close, I’d like to give a few Shoutouts to some other indie-horror creators out there. I didn’t have a chance to talk in-depth about their work, but I still think they’re worth attention!

– Boo (Short Film): Directed by Rakefet Abergel and published on ALTER’s YouTube Channel, Boo takes the idea of addiction recovery and makes it a little bloodier than usual. Falling off the wagon can hurt… who gets hurt depends on what one’s recovering from. Watch the short film here!

– Deadsville Rock N Roll Mysteries (Series): Said to be “part Scooby-Doo, part The Monkees, and part Happy Days“, Deadsville Rock N Roll Mysteries promises to deliver eerie mysteries, reanimated rockers, and killer tunes! Starring Dickie Devil and the Deviants (and their canine companion Doggie Deviant aka actual Egyptian god, Anubis), the pilot episode deals with our devil-ish crew helping their friend, Steph Infection, get rid of a creepy ghost stalker. You can watch it for yourself right here, and follow their YouTube channel here to keep up-to-date with all their spooky shenanigans! Also, while Doggie is voiced by Andrew Bryniarski (The Texas Chainsaw Massacre, The Texas Chainsaw Massacre: The Beginning) in the pilot, he’ll be voiced by Jason Voorhees himself, Kane Hodder, in future episodes. Stay tuned!

Thanks again to all the creators who shared their work with me and thank Y’ALL for reading about these awesome indie-horror ventures! There’s still plenty more out there waiting to be seen, and I look forward to talking about as many as I can.