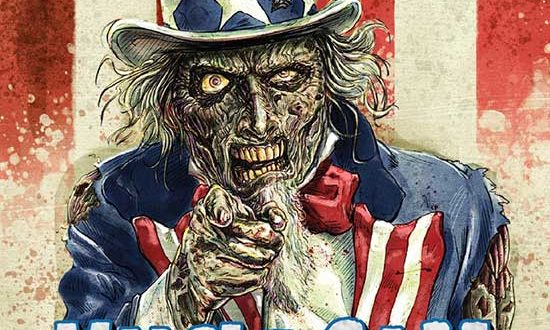 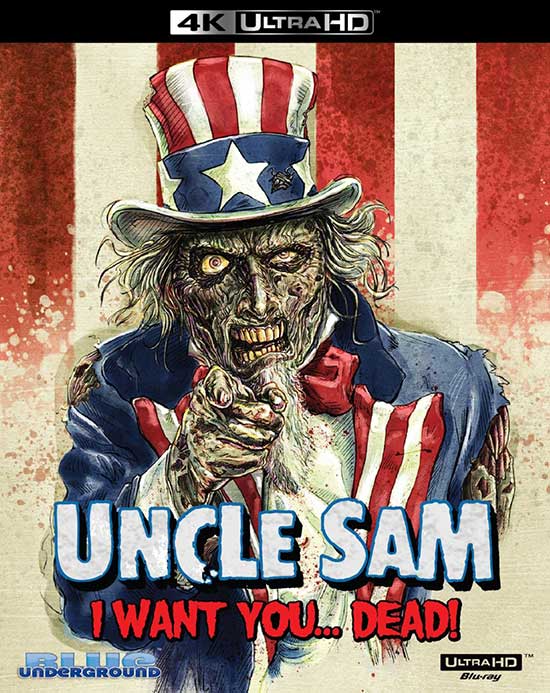 Despite a relatively short-lived career as a director, spanning 16 years and 8 films, William Lustig has had a major impact on genre cinema. While filming “making-of” features for Anchor Bay, Lustig formed Blue Underground and started to bring exploitation cinema to the home video market with high-quality DVDs loaded with special features. More than 20 years later, Blue Underground is still thriving and upping its game to include 4K Ultra HD Blu-ray releases. Blue Underground’s latest 4K release is Lustig’s very own Uncle Sam, available everywhere on June 21, 2022.

Master Sergeant Sam Harper (David Fralick) is tragically killed in a horrible accident in Kuwait after his helicopter is shot down by friendly fire. Sam’s charred remains are shipped back to his hometown of Twin Rivers, just as the town is preparing for its annual Fourth of July celebration. While being stored at his sister’s house, Sam’s dead body becomes reanimated and goes on a patriotic killing spree over the course of the holiday weekend. Uncle Sam is an over-the-top, tongue-in-cheek satire about American’s obsession with military dominance and the great lengths the nation will go in order to appeal to the country’s youth.