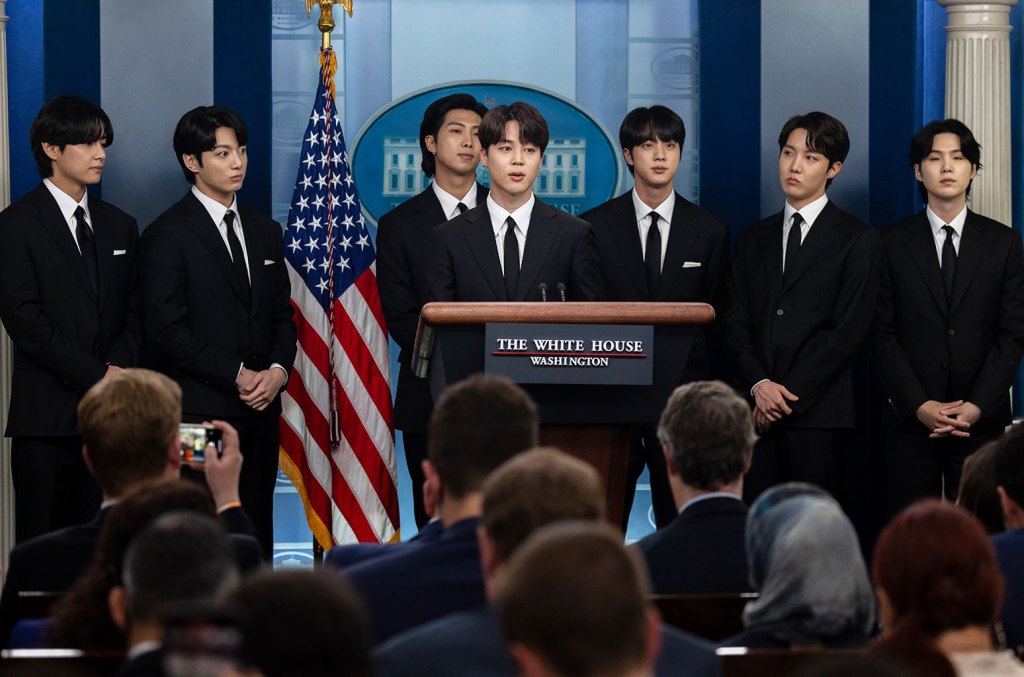 BTS joined White House Press Secretary Karine Jean-Pierre on May 31 to share a heartfelt testimony against the devastating rise of Asian-targeted hate crimes in the United States for AAPI Heritage Month.

Following the powerful event, Jimin shared his thoughts on Weverse, a Korean mobile app and web platform created by South Korean entertainment company Hybe Corporation. “Dear ARMY, this is Jimin,” he wrote to BTS’ devoted fanbase. “Are you doing well? It is with the utmost gratitude and honor that we were invited to share our voices on behalf of and in representing our ARMYs who come from so many different nationalities, ethnicities and cultures around the world.”

“I cannot deny that, standing in front [of the world] and representing you, I still feel I have a lot to learn and wonder if I am deserving [of the honor],” Jimin continued. “Speaking with an apologetic heart, I fear I may have concerned you with my lacking ways, moving forward I will work harder to show you my growth and to reassure you that everything will be fine.”

Soon enough, the hashtag #WeLoveYouJimin began trending on Twitter, with ARMY flooding the star with support, and joy for Jimin posting on Weverse for the first time in a while.

“We were devastated by the recent surge of hate crimes including Asian American hate crimes, but to put a stop to this and support the cause, we’d like to take this opportunity to voice ourselves once again,” Jimin told the attendees at the White House press conference earlier in the week, expressing confidence as he spoke.

Watch all seven members of BTS speak out against violence toward Asian Americans here.