BTS meet up with with H.E.R and Chris Martin after White House visit – CelebrityGossipNow.com
Skip to content 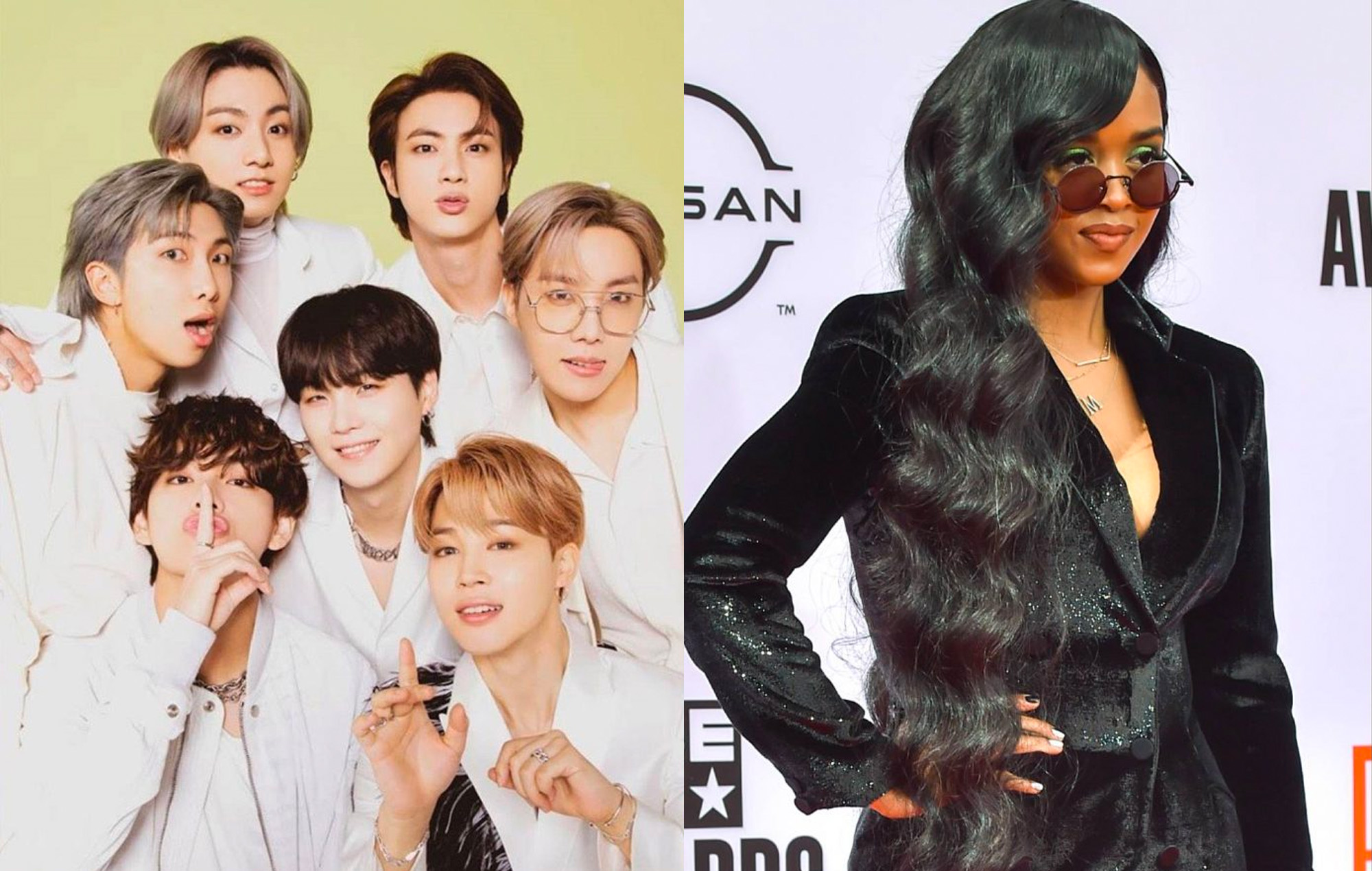 Members of BTS were spotted spending time with American singer H.E.R during their visit to Washington D.C.

In a series of Instagram Stories posted to J-Hope’s page on June 1, he and fellow bandmates Jungkook and Jimin can be seen spending time with H.E.R at an arcade. The various clips uploaded showcased the trio engaging in friendly competition over numerous classic arcade games, including a punching-bag game and a basketball game.

Aside from their meet-up with H.E.R at the arcade, several members of BTS had also posted to Instagram about having dinner with Coldplay’s Chris Martin ahead of the English band’s concert. Fans have also claimed to have spotted Fifty Shades Of Grey actress Dakota Johnson in the series of stories uploaded.

Jimin, Jungkook and J-Hope’s meet-up with the R&B singer came shortly after the K-pop boyband’s visit to the White House in the US capital on May 31, where the seven-piece addressed the issue of “Asian inclusion and representation” and discussed their roles “as youth ambassadors who spread a message of hope and positivity across the world”.

Meanwhile, H.E.R had been situated in Washington at the same time as a result of her current ongoing stint as the opening act for the North American leg of Coldplay’s ‘Music Of The Spheres’ world tour, which saw both acts play Washington’s FedEx Field on June 1.

In other BTS news, Fox News host Tucker Carlson has angered BTS fans (also known as ARMYs) after making comments about the boyband’s White House visit. “Yeah, so we got a Korean pop group to discuss anti-Asian hate crimes in the United States. Okay. Good job, guys,” he told viewers.