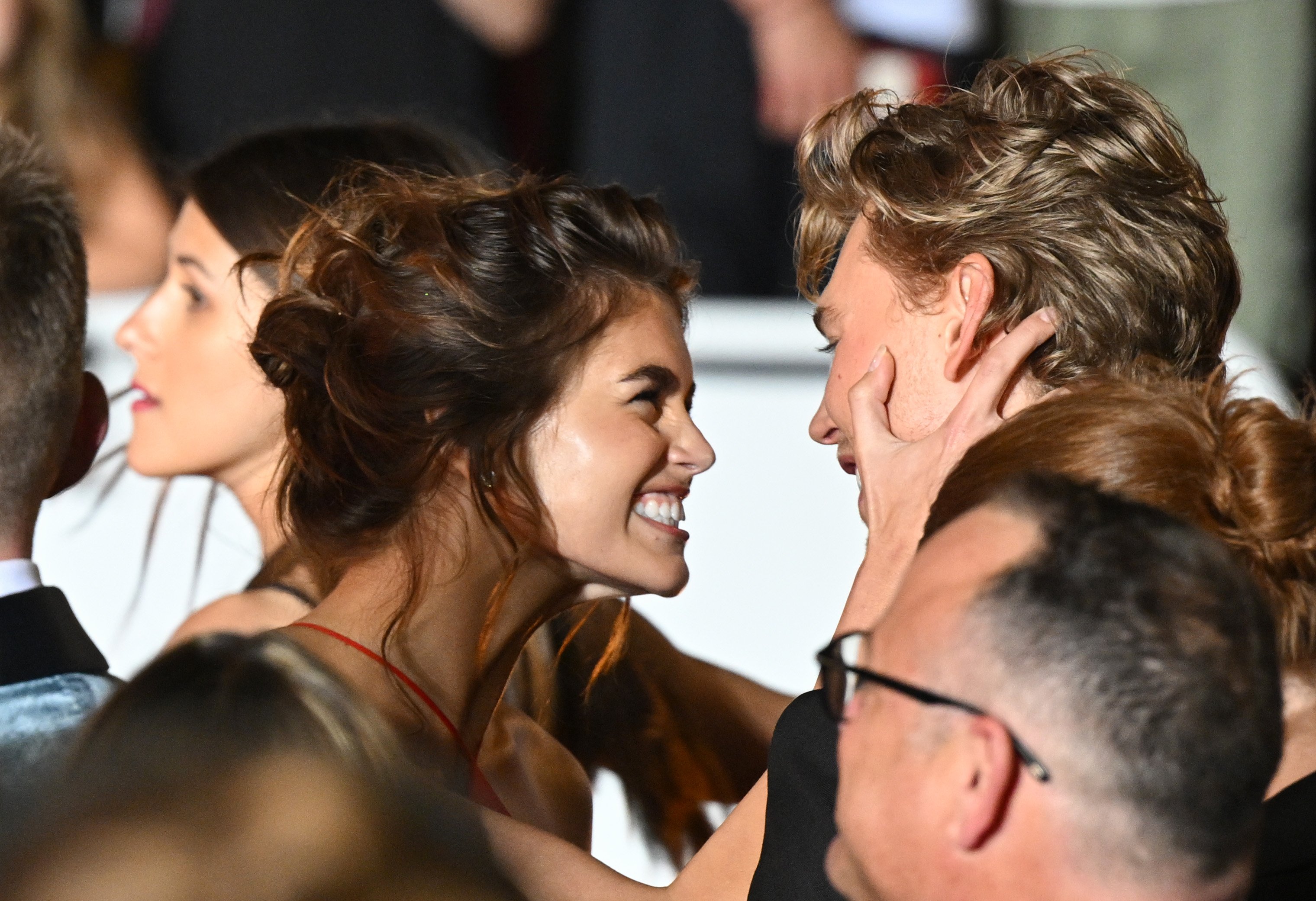 Including the return of the side part.

Cannes brings together everything we love in one magical place: film, fashion, beauty and meme-worthy moments (will anything ever beat Timothee Chalamet resting his head on Tilda Swinton’s shoulder?). The festival may have fallen a little short on the latter but it was a glamorous event nonetheless. And after all, isn’t everything just more beautiful against the backdrop of the French Riveria?

If you missed any of the action, we’ve compiled the best moments from the 2022 Cannes Film Festival.

Only Cannes can give you Anne Hathaway 2.0

Cannes has a new princess. Who would have thought the media-shy actor would be the most talked about celebrity of the festival? When she wasn’t turning heads on and off the red carpet in her many outfits, Hathaway’s chemistry with her Armageddon Time co-star, Succession‘s Jeremy Strong, stole away social media’s attention (the film also got a seven-minute standing ovation!). Only Paolo (the infamous hairstylist from The Princess Diaries) can give you a princess, but only Cannes can give you the new Anne Hathaway.

You can’t really turn back time, but Bella Hadid found a way…with the help of Law Roach. The stylist pulled several vintage dresses from the archives of Versace and Chanel for the 2022 Cannes Film Festival. First was a black gown designed by Gianni Versace for his Spring 1987 collection. Then a plunging gown created by Donatella Versace for the house’s Fall 2001 collection. Next was a black-and-white poofy Chanel number circa 1986 and a sleek white Gucci dress by Tom Ford from 1996. To top it all off, the supermodel was pictured posing on a terrace for boyfriend Marc Kalman in a blush chiffon dress from Versace’s Fall 2003 collection, proving she can indeed pull off fashion from any decade.

Call it the Rihanna effect: at Cannes, Adriana Lima’s baby bump was the main event. For her first appearance on the red carpet, the supermodel wore a cutout black Balmain gown that perfectly accentuated her belly. But she didn’t stop there. Lima followed it up with a revealing Robert Cavelli gown and a bejewelled cutout yellow dress. Given the festival’s strict (and arguably archiac) dress code, her outfits made a powerful statement.

Austin Butler and Kaia Gerber are in love

Austin Butler may have had one of the buzziest premieres at the 2022 Cannes Film Festival, but it was one sweet moment on the red carpet that caught social media’s attention. At the premiere for his film Elvis, Butler and his girlfriend, model Kaia Gerber (daughter of Cindy Crawford), stole a glance and a kiss. To paraphrase Elvis himself, it must be “burning love.”

Deepika Padukone does it all

Was Deepika Padukone the busiest woman at Cannes? The Indian actor and jury member was at just about every major red carpet, and she slayed them all. With her stylist Shaleena Nathani, Padukone came to the French Riviera with an arsenal of stunning outfits (like her all-black feathery Louis Vuitton gown and ruched dress by Abu Jani Sandeep Khosla, paired with a pearl collar). Even with her packed schedule, Padukone raised the bar with every red carpet appearance.

Millennials, rejoice! The side-part made a comeback at Cannes. Camille Razat, Bella Hadid and Winnie Harlow all walked the red carpet with their hair to one side. But these aren’t the bangs of your youth. Take Devon Ross, who gave the trend a punk spin with beads and a burgundy stained lip courtesy of hairstylist Peter Lux and makeup artist Emma Day for Pat McGrath Labs. Other notable looks: Iris Law’s slit eyebrows, under eye liner (see: Indya Moorse and Andie McDowell) and natural textures (Ã  la OpheÌly MeÌzino).