“I think I have a demon in my house.” It seems like she does indeed! Screen Media Films has debuted the first official trailer for a horror thriller titled Monstrous, the latest from filmmaker Chris Sivertson. This is arriving in early May for anyone who wants to watch and find out. The film’s story centers on a traumatized woman named Laura fleeing from her abusive ex-husband with her 7-year-old son. In their new, remote sanctuary at a lakeside farmhouse they find they have a bigger, more terrifying monster to deal with. It’s not what you think, but it really seems like something supernatural and very scary! But who or what is it after? There’s a number of cliche horror shots in this that will definitely make the hair on the back of your neck stand up anyway. Starring Christina Ricci with Santino Barnard, Don Baldaramos, Colleen Camp, Lew Temple, and Carol Anne Watts. It seems like some sort of lake monster coming after them. Maybe? 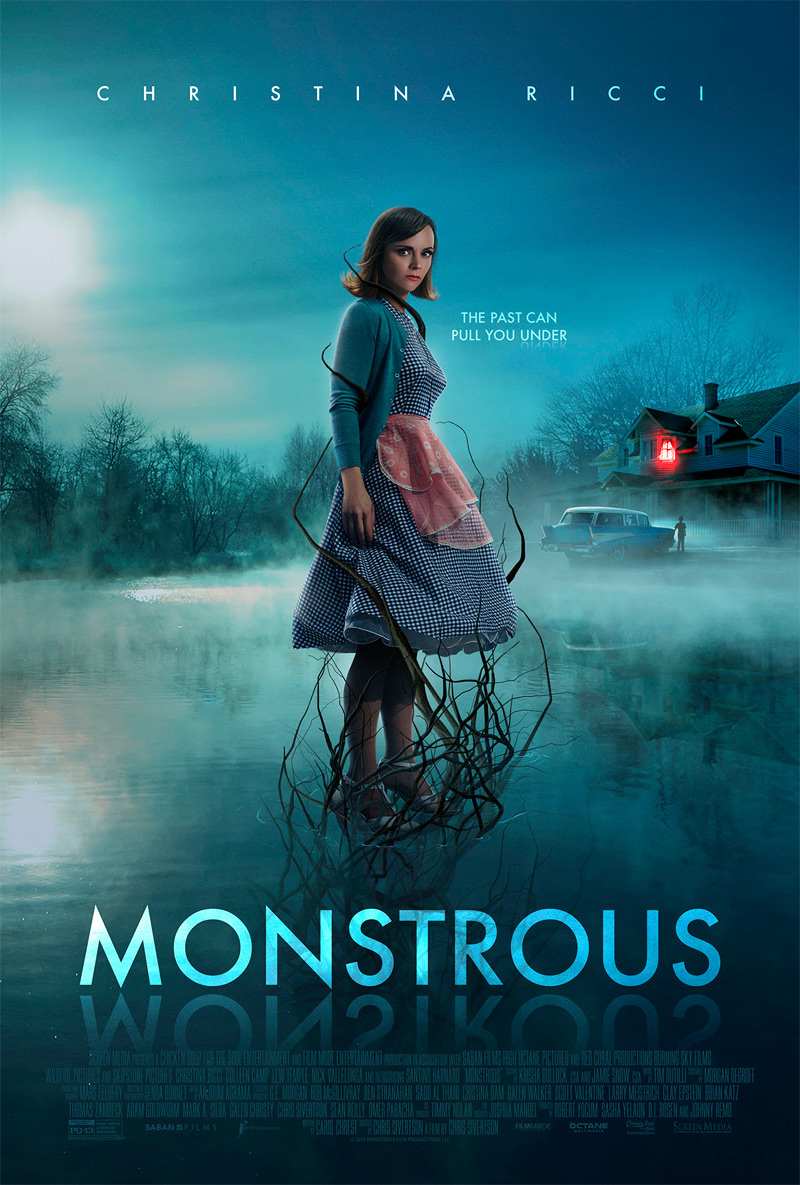 A terrifying new horror awaits Laura (Christina Ricci) and her seven-year-old son Cody when they flee her abusive ex-husband and try to settle into a new life in an idyllic and remote lakeside farmhouse. Still traumatized, their physical and mental well-being are soon pushed to the limit as their fragile existence is threatened. Monstrous is directed by writer / filmmaker Chris Sivertson, a writer on many other films and director of the films The Lost, The Best of Robbers, I Know Who Killed Me, Brawler, All Cheerleaders Die, Dark Intentions, and Heartthrob previously. The screenplay is written by Carol Chrest (The Prophet’s Game). Produced by Johnny Remo, B.I. Rosen, Sasha Yelaun, and Robert Yocum. Screen Media will debut Sivertson’s Monstrous in select US theaters + on VOD starting May 13th, 2022 coming soon. Look scary?