Christine Quinn on the Making of a Villain – CelebrityGossipNow.com
Skip to content 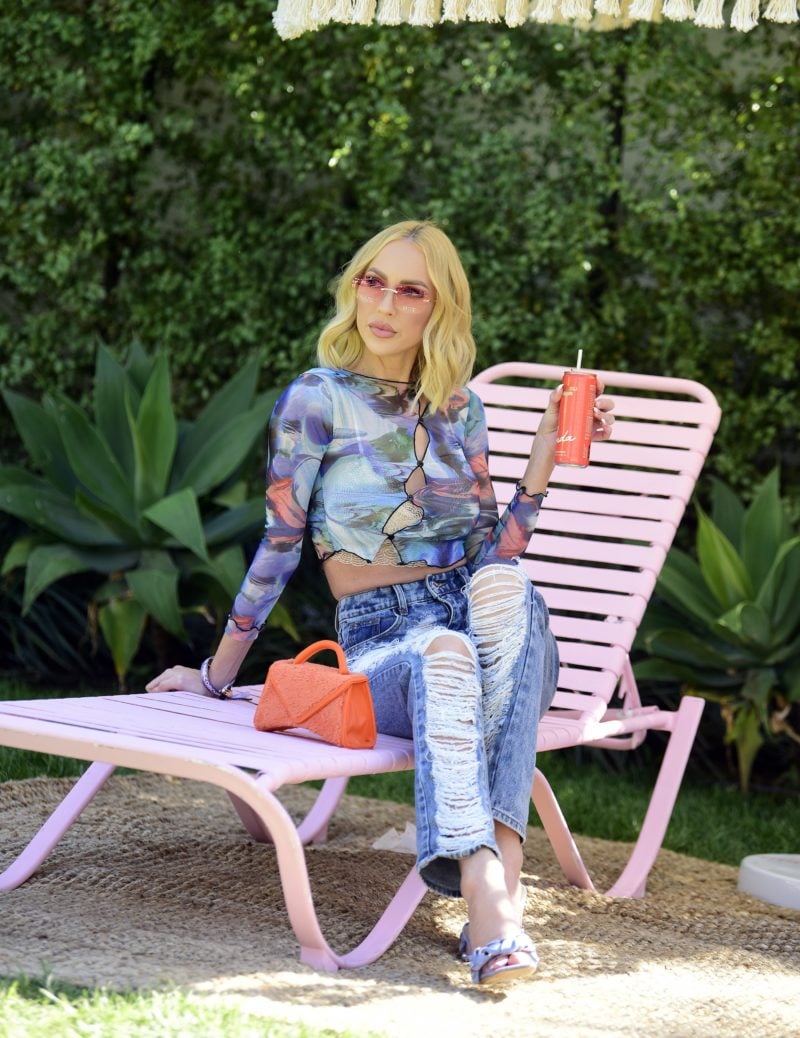 “A lot of me is on the editing room floor.”

Christine Quinn would like to clear the air, and who can blame her? Not since Spencer Pratt of The Hills has reality television conjured such a polarizing presence. So, earlier this week, in her self-proclaimed “Matrix meets Balenciaga meets hooker” outfit, real estate’s favourite ice queen sat down with Alex Cooper on the Call Her Daddy podcast to tell us all how the reality sausage is really made. The most important ingredient? A villain.

Season five of Netflix’s Selling Sunset (which follows the agents working for the Oppenheim Group, a luxury brokerage in Los Angeles) had mixed reviews. The storylines were clearly contrived, hard to follow and at the center of it all was Christine Quinn.

So after an unexciting season and awkward reunion (which she did not attend), Quinn would like us all to know that she’s not actually the villain, she’s just playing one. But she’s not the hero either. The true evil doer? For Quinn, that appears to be Adam Divello, the mastermind behind Selling Sunset and The Hills.

“I’m a character. Yes, I’m myself, I’m outspoken, I say what I want, but at the end of the day, it’s a show,” she told Cooper. “People need to realize that.”

Off-camera, she’s focused on her baby, her husband, building her own brokerage and the release of her book, How to Be a Boss B*tch. As for us, the viewer, does the truth really matter when it all makes for good TV? Christine Quinn and Cooper discuss this and more in their interview, and we’ve compiled all the most interesting tidbits from their conversation below.

She’s received a lot of hate since Selling Sunset

“I received a flood of hate…People were saying, ‘You’re such a horrible person, go die.’ I received so many threats against my own life. People think this is real, but reality is just an illusion.”

She manifested her reality TV career

“I grew up watching The Real World, the Kardashians, VH1, MTV…I was the only person [at the Oppenheim Group] that was on board to do the show. Everyone was like, ‘We shouldnt do this, it’s going to tarnish our reputation.'”

Her Selling Sunset character is intentional

“It’s all about being remembered, giving the audience a feeling, whether that is a feeling of power, intrigue or even hate towards me. I will be remembered, that’s my goal the entire time…Everything is completely intentional. This is a show, I’m going to put on a show.”

She was cast as the show’s villain

“We did work in the office everyday together, we loved each other, we had so much fun, it was a great relationship. Then cameras got involved.

“We were approached that [the show] was going to be [about] women empowerment, women in business, working together in real estate. And then it wasn’t that way at all. It all spiraled…I think the girls along the way had a really hard time because they started thinking it was real…A lot of me is on the editing room floor.”

She was always planning to leave the Oppenheim Group

“When we were filming season five, my husband and I had been working on a company for a year and a half called Real Open. I told production going into it, ‘Listen, I’m leaving the Oppenheim Group, you guys know that, so let’s get creative with the storylines and let me talk about my own brokerage,’ which they completely edited out, because that’s not a convenient storyline.

“So, you see in season five where everyone’s like, ‘Christine needs to leave the office’…And Jason’s like, ‘She hasn’t done anything wrong.’ Insert fake bribery storyline.”

She gets paid the most

“There’s three different tiers. I get paid the most, amongst Jason as well…That wasn’t the decision of production or anything like that. That was me with my entertainment attorney basically saying, ‘This is my value.'”

Producers instigate drama between the girls

“It is a male dominated industry in the production field to which they manipulate women, they harass women, they mentally tortue and intimidate them.”

Is Adam Divello the real villain? She thinks so

“I want to clarify here. It’s Adam Divello. Adam Divello is the one who owns the production company (Done and Done Productions), which is the same one that did The Hills and made Heidi [Montag] and Spencer [Pratt] look like they were crazy. It’s all dependent on who’s producing the show. And we have to look at what Adam Divello has done as a whole, as a human being… There’s been complaints filed against him, multiple complaints. He actually told me to go fall down the stairs and kill myself at one point…In the context of me being too honest.

“That wasn’t the first complaint I filed against him. There was another complaint where to this day he cannot step foot on set with any of the women in the office because…there was inappropriate sexual misconduct, and Heidi filed a claim as well against him. This stuff does go on….And he has shown retaliatory behaviour towards me ever since.”

Dubbing was used by producers

At one point in the interview, Christine Quinn plays a clip from the show. Heather Rae El Moussa’s voice can be heard saying, “You’ve said comments about Chrishell [Stause] sleeping with Jason [Oppenheim] when she was still married and you know that’s bullshit.” Quinn is then heard saying, “Oh my god, that’s hilarious. Yeah, I did say that. That’s true.”

“Heather never even brought that up in the scene,” Quinn told Cooper, before playing another clip where Rae El Moussa is instead heard saying, “You said he’s always had good taste in women but I guess that’s not true anymore.”

“The first scene…accused me of confirming infidelity which was dubbed over by production,” Quinn explained.

“I feel like she came into the office and immediately, the girls and I, we had no problems but because she didn’t like me and I was a threat in her mind she turned all the girls against me and that’s really where that came from.

“I never see her, I don’t have any hate or ill will towards her at all.”