Cristiano Ronaldo’s girlfriend comes out for the first time since the death of her newborn son – CelebrityGossipNow.com
Skip to content 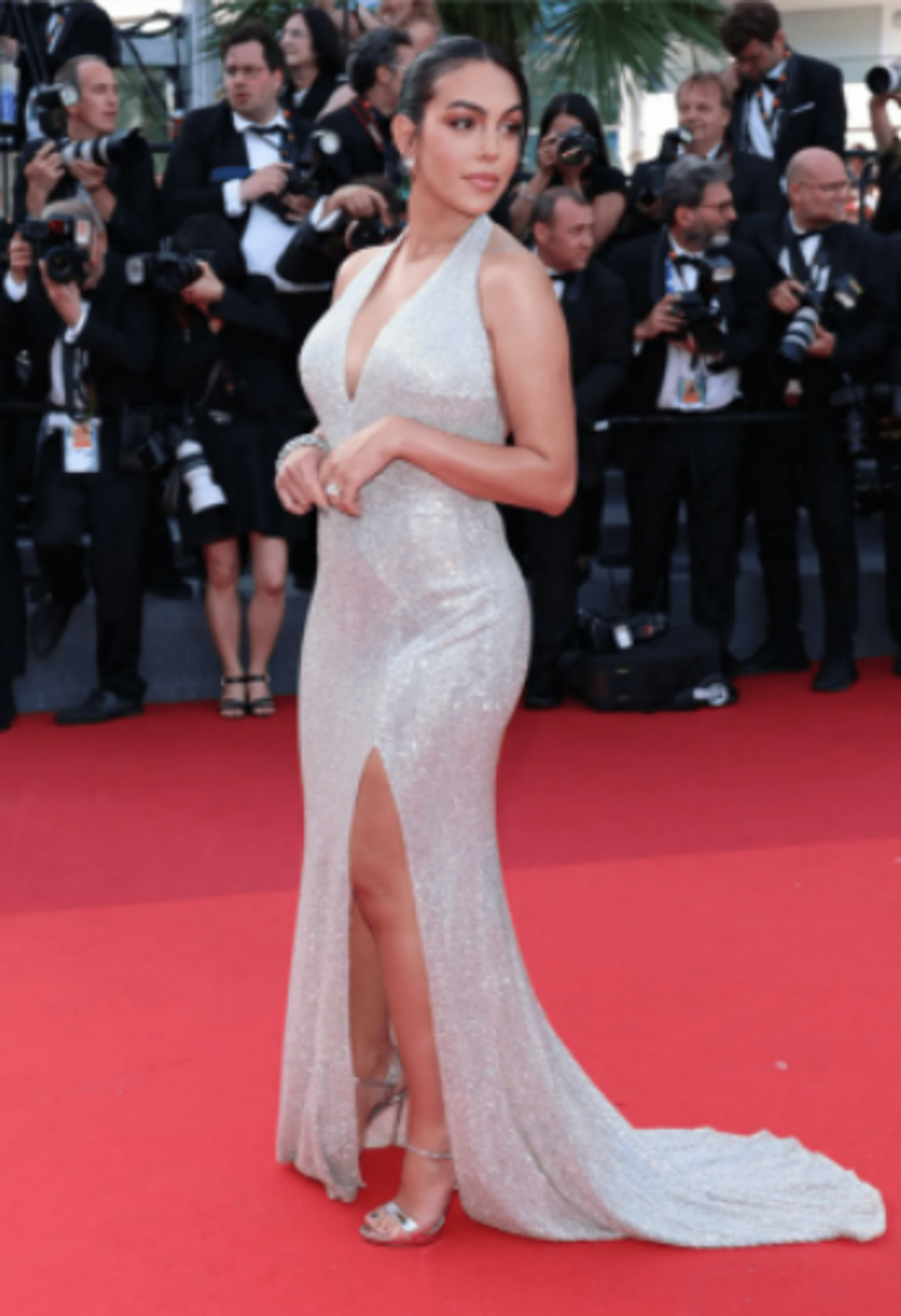 Cristiano Ronaldo ‘s girlfriend comes out for the first time since the death of her newborn son. Model Georgina Rodriguez made her first public appearance after the death of her newborn son by football player Cristiano Ronaldo, attending the Elvis movie premiere in Cannes. Pictures of the star appeared in the Global Look Press photo bank.
Georgina Rodriguez arrived at the 75th Cannes Film Festival.

The model came to the premiere of a biopic about Elvis Presley with Austin Butler in the title role. To go out, Cristiano Ronaldo’s girl chose a silver dress with a plunging neckline and a high slit, which she complemented with stiletto sandals, as well as earrings and a bracelet with emeralds.

Note that the model first appeared on the red carpet after the tragedy in the family. Rodriguez was pregnant with twins by Ronaldo. However, at the end of last month, on April 19, the footballer announced that one of the twins had died during childbirth. “It is with the deepest sadness that we have to announce that our baby has passed away. This is the greatest pain any parent can experience. Only the birth of our baby girl gives us the stability to live this moment with some hope and happiness. We are devastated by this loss,” he wrote on social media.

“I never lifted my hair because my head is the size of edamame. But it happened, and I’m fine,” the actress wrote on social media. Along with the text, she published several photos in which her hair was gathered in a bun.