Depp v Heard and the Cult of Fandom – CelebrityGossipNow.com
Skip to content 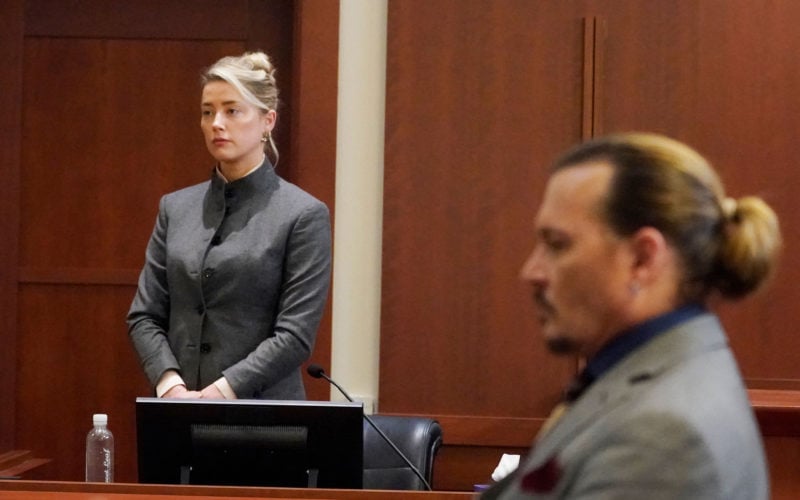 Fans have positioned Johnny Depp as the misunderstood victim and Amber Heard as the villain to end all villains. And it’s becoming cult-like.

I don’t know Johnny Depp. I mean, I know that he is an actor, but I don’t know him as a person. So why, since being completely consumed by the trial between him and his estranged ex-wife Amber Heard, does it feel like I do?

The court case, part of a longstanding legal battle between the ex-spouses, has morphed into a cesspit of internet chaos. And it’s been hard to keep track of what’s real anymore, especially as the obsessive fandom surrounding this lawsuit has grown a life of its own.

In short, Johnny Depp is suing Amber Heard for defamation over an essay she wrote for The Washington Post in 2018, where she discussed being a victim of abuse, without mentioning Depp’s name. Prior to this, Heard received a restraining order against Depp after accusing him of domestic violence when she filed for divorce in 2016 (they were married in 2015).

Since the trial revealed new details about Heard’s alleged abuse of Depp, the internet pendulum has swung in favour of him. My social media feeds are chock-full of compilations, hot takes and memes about the case – the majority of which praise Depp or berate Heard, or do both at once. Throughout this case, a massive cult-like community of Depp-idolizing fans has emerged, with its own inside jokes, sleuthing tactics and odd fanfiction.

There’s a fine line between cults and fandoms. Both groups can provide a sense of belonging, identity and comfort, and people are especially drawn to them during times of stress. With the volatility of the Depp v Heard trial, there’s an underlying pressure to fully align with one party, despite the fact that neither has been proven to be entirely innocent. Though there have been testimonies of alleged abuse on both sides, all nuance has been lost in the overwhelming #JusticeForJohnnyDepp movement that has taken over social media. And it’s moving into cult territory.

Daily live streams of the Depp v Heard trial, which are posted to Twitch and YouTube by channels like LawandCrimeNetwork, have become the online meeting point for the most fervent fans. As comments appear on screen in real-time, Johnny Depp supporters position themselves as best friends and confidants to the actor, including making assumptions about what is he thinking, and believing those assumptions to be facts.

With the overwhelming support for Depp, Heard has become the internet’s favourite villain. Fans hang on to every minutia of her presence in the courtroom, leading to theories that further paint her as a fraud. Some are just silly, like claims that she used a tissue to take a hit of cocaine, or that she’s been copying Depp’s outfits as a method of psychological intimidation.

Others are outright disturbing, like the thinly veiled misogyny in mocking her appearance and the blatant indifference to her graphic allegations of violence. Popular memes include people romanticizing her account of alleged sexual assault and overexaggerated reenactments of her teary testimonies.

Perhaps the weirdest part of this intense fandom is the romantic fanfiction surrounding Depp and his lawyer Camille Vasquez. On TikTok, there are millions of views on video compilations of the two of them in the courtroom, some of which feature heart emojis and love songs. These hypotheticals have taken off in popularity, despite the fact that Vasquez works for Depp and reportedly has a partner.

The monstrous fandom surrounding Depp has been a defining aspect of this case. For weeks, #JusticeForJohnnyDepp has been trending on Twitter, fanatics have dominated online spaces, and the Virginia courthouse where the Depp v Heard trial is taking place has been crowded by his fans. The pro-Depp movement has grown to be so big and powerful that the truth has become irrelevant. But did it ever matter to begin with?

In 2016, a few months after Heard’s accusations of sexual assault, John Semley, a writer for The Globe and Mail, attended a Johnny Depp rock show. In an article titled “Inside Johnny Depp’s cult of celebrity,” Semley described intense interactions with Depp supporters who asserted the star’s innocence with complete certainty.

“It’s as if all these fans, who are openly and proudly obsessional in their devotion, are gathered in solidarity for a man they refuse to admit they don’t really know,” he wrote. Despite being in a post-#MeToo era, it feels like we’re seeing this same unwavering endorsement today on a much larger scale.

This trial has united Johnny Depp fans. And along the way, compassion for the severity of these allegations has disappeared. In becoming TikTok’s greatest form of entertainment, the meme-ification of this case by fans is doing a disservice to all victims of violence.

Abuse is never okay. Amber Heard has not been proven to be innocent. But neither has Johnny Depp. All of these things can exist at once. As we continue with this trial, a touch of nuance goes a long way. Because the thing is, none of us were in this marriage, and even though we get a front row seat to its dissolution, it would do us all some good to remember that we don’t really know Depp or Heard at all.