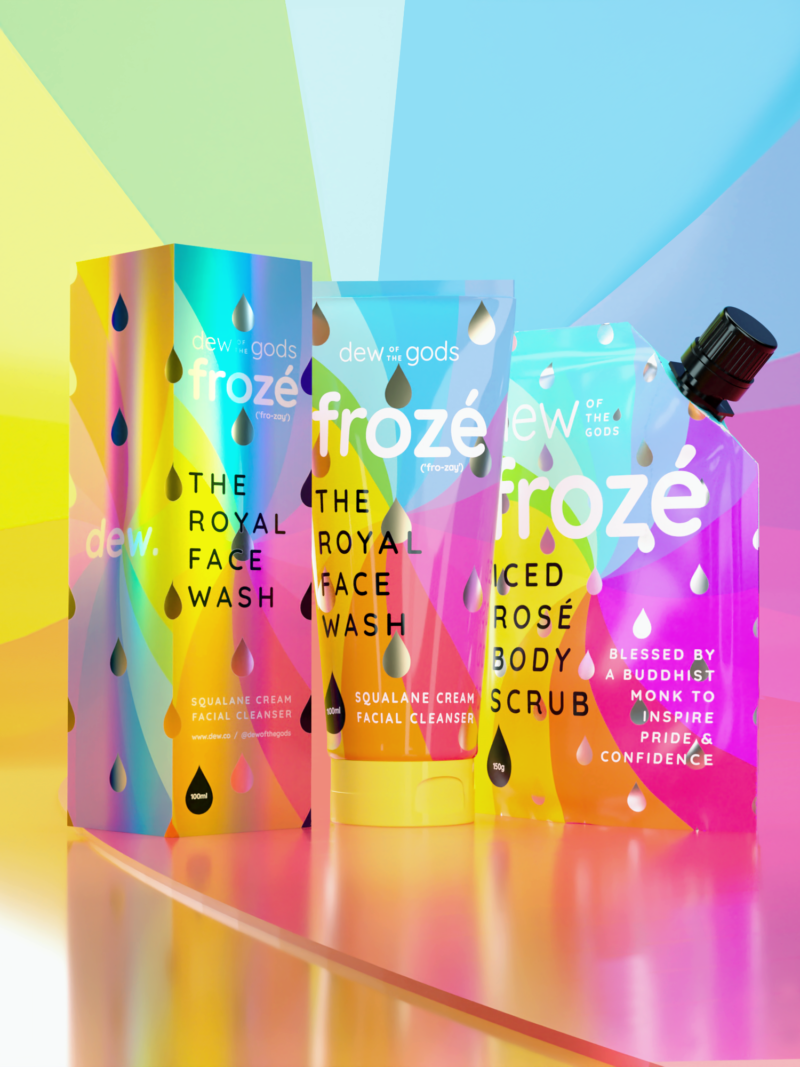 Photo Courtesy of Dew of the Gods

Toronto brand Dew of The Gods Partners with Trans Lifeline

With Pride just around the corner, Toronto-born LGBTQIA2S+ brand Dew of The Gods is teaming up with Trans Lifeline, a North American trans-led organization that provides trans people with community, support and the resources they need to survive and thrive. To make the partnership even better, the gentle skin care brand will be donating 100 per cent of all sales from its Dew x Trans Lifeline Pride Set between June 1 and June 7. The duo includes the FrozÃ© Iced RosÃ© Body Wash, a sea salt body scrub great for optimal tan management and silky smooth skin, and the brand-new FrozÃ© The Royal Face Wash (it officially launches June 1), formulated with squalane and blended into a gentle cream. These two products are the perfect excuse to think about your favourite summer drink while doing your skincare routine.

After a successful launch last year in the U.S., Ami ColÃ© has officially arrived in Canada. The clean beauty brand, founded by former beauty exec Diarrha N’Diaye-Mbaye, provides a line of “no-makeup makeup” specifically designed for melanin-rich skin. Named after her mother and inspired by her Senegalese background, everything about the brand is personal. The multifunctional products, like the Skin-Enhancing Tint and the Lip Treatment Oil, are made locally in Harlem with premium, non-toxic ingredients such as baobab seed extract, hibiscus extract and passionfruit seed oil.

British makeup artist extraordinaire Isamaya Ffrench announced news of her eponymous Isamaya makeup line via Instagram this week. Known for her surrealist and grotesque makeup looks, the surprise makeup line, which launches at the end of June, is sure to feature some unexpected products. Not many details about the launch itself have been announced, so we can’t wait to see what Ffrench teases next.