“People are standing up.” “That’s what a reckoning sounds like.” Disney has unveiled the first teaser trailer for Andor, the new spin-off series from Rogue One focusing on the character of Cassian Andor – a rebel spy. This is one of Disney’s next new Star Wars series coming to streaming this summer, landing on Disney+ to watch right after the Obi-Wan Kenobi series wraps up these next few months. Set five years before the events of Rogue One, the series follows rebel spy Cassian Andor during the formative years of the Rebellion. It’s showurn by writer Tony Gilroy, which is a huge get for this. Diego Luna returns to stars as Andor, with a cast featuring Stellan SkarsgÃ¥rd, Adria Arjona, Fiona Shaw, Denise Gough, Kyle Soller, as well as Genevieve O’Reilly as Mon Mothma; plus Forest Whitaker back as Saw Gerrera, veteran of the Clone Wars and the leader of a militant insurgent group. This looks like an ensemble thriller about various people rising into the Rebellion, which is right on the zeitgeist and very much an inspiring concept for these days. 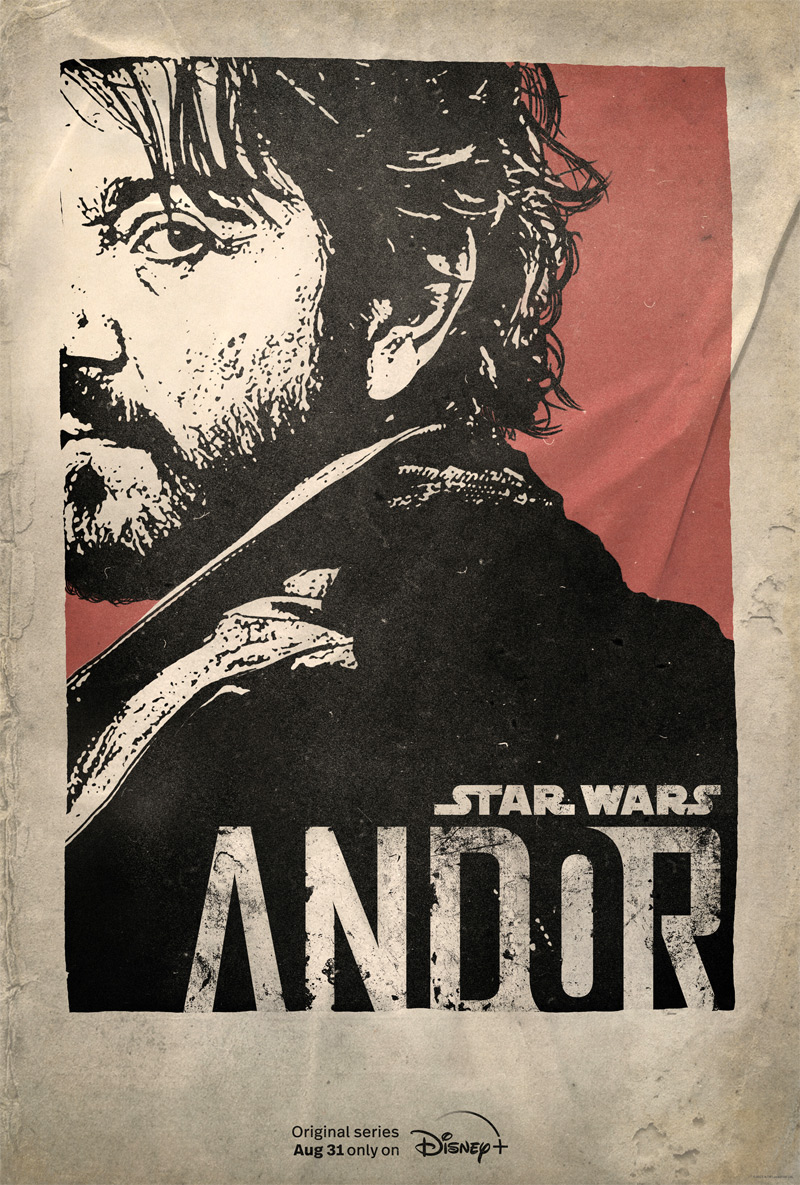 The Andor series will explore a new perspective from the Star Wars galaxy, focusing on Cassian Andor’s journey to discover the difference he can make. The series brings forward the tale of the burgeoning rebellion against the Empire and how people and planets became involved. It’s an era filled with danger, deception and intrigue where Cassian will embark on the path that is destined to turn him into a rebel hero. Andor is a Star Wars series with eps directed by Ben Caron & Susanna White & Toby Haynes. The series is created by Tony Gilroy (writer of The Devil’s Advocate, Armageddon, Bait, Proof of Life, The Bourne Series, Michael Clayton, Duplicity, State of Play, The Great Wall, Rogue One, Beirut), who is also a writer and executive producer. It’s also executive produced by Diego Luna and Sanne Wohlenberg. Produced by Kate Hazell, Kathleen Kennedy, David Meanti, and Stephen Schiff. Disney will debut the new Andor series streaming on Disney+ starting August 31st, 2022 at the end of the summer season. Look any good?