Dove Cameron Performs in a Givenchy Corset and Sweatpants – CelebrityGossipNow.com
Skip to content 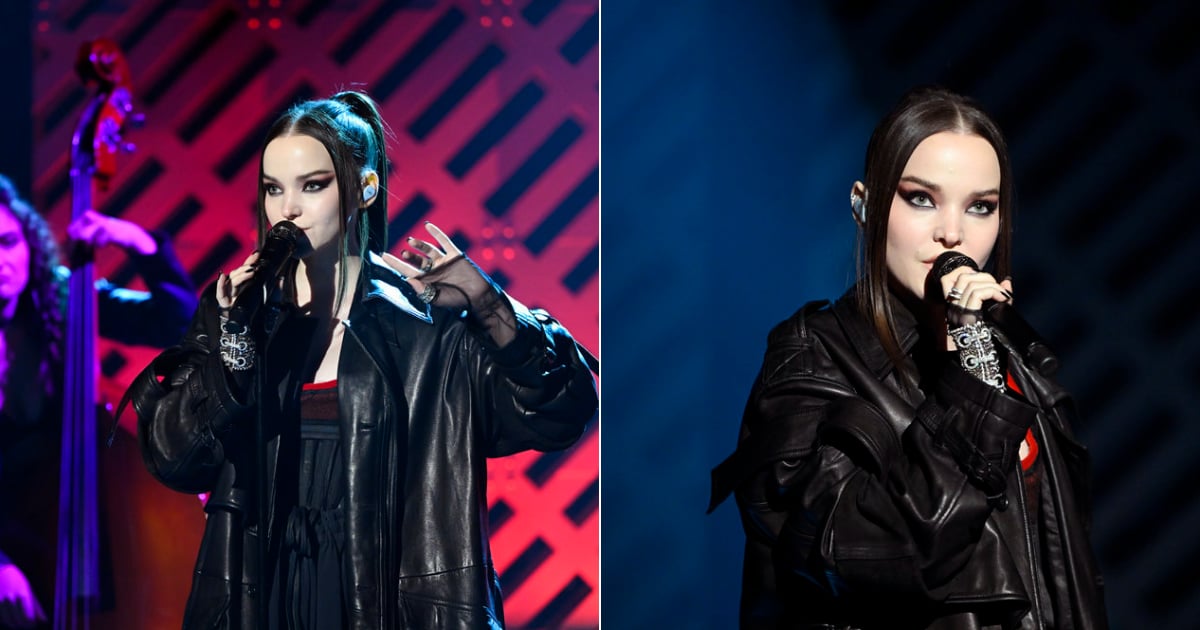 Dove Cameron is all about the corset trend, as you can see from her outfit on last night’s episode of “The Tonight Show Starring Jimmy Fallon.” The 26-year-old star recently released a steamy video for “Boyfriend” a few weeks after teasing the song on TikTok, and she took the stage to perform the track for the first time in front of a live audience.

For her performance, Cameron wore a vintage Givenchy piece that came with black and red mesh accents. Instead of styling her corset with jeans or a skirt, Cameron decided to wear a pair of black sweatpants, also featuring red stripes down the sides. She finished her look off with a Matrix-inspired leather trench coat, which came in an oversized silhouette. She also showed off her jewel-encrusted sheer gloves that added a layer of drama to her outfit. The star pulled her hair black into a ’90s-inspired ponytail with two strands framing her face.

On Instagram, Cameron gave everyone a closer look of her outfit alongside the caption, “wowowow !!! first time performing boyfriend ever on live tv / for late night was so special thank you @jimmyfallon @fallontonight so much for having me !!! (and in this gorgeous vintage @givenchyofficial ????????!!!) now to take this tight azz pony out before i burst into flames. I LOVE YOU ???????????? thank you everyone.”

Just a week ago, the actress took a mirror selfie in a beaded corset that came in a bright red hue and was finished with a sweetheart neckline. The front of the top featured a lace-up panel that gave her look a BDSM-inspired twist and she styled it with a pair of dramatic paper bag-waist jeans. Cameron was also seen on the poster for Machine Gun Kelly’s “Good Mourning” alongside Megan Fox wearing a pair of oversized glasses, a green crop top, and a brown pleated miniskirt.

Ahead, take a look at her “Tonight Show” outfit from all angles.