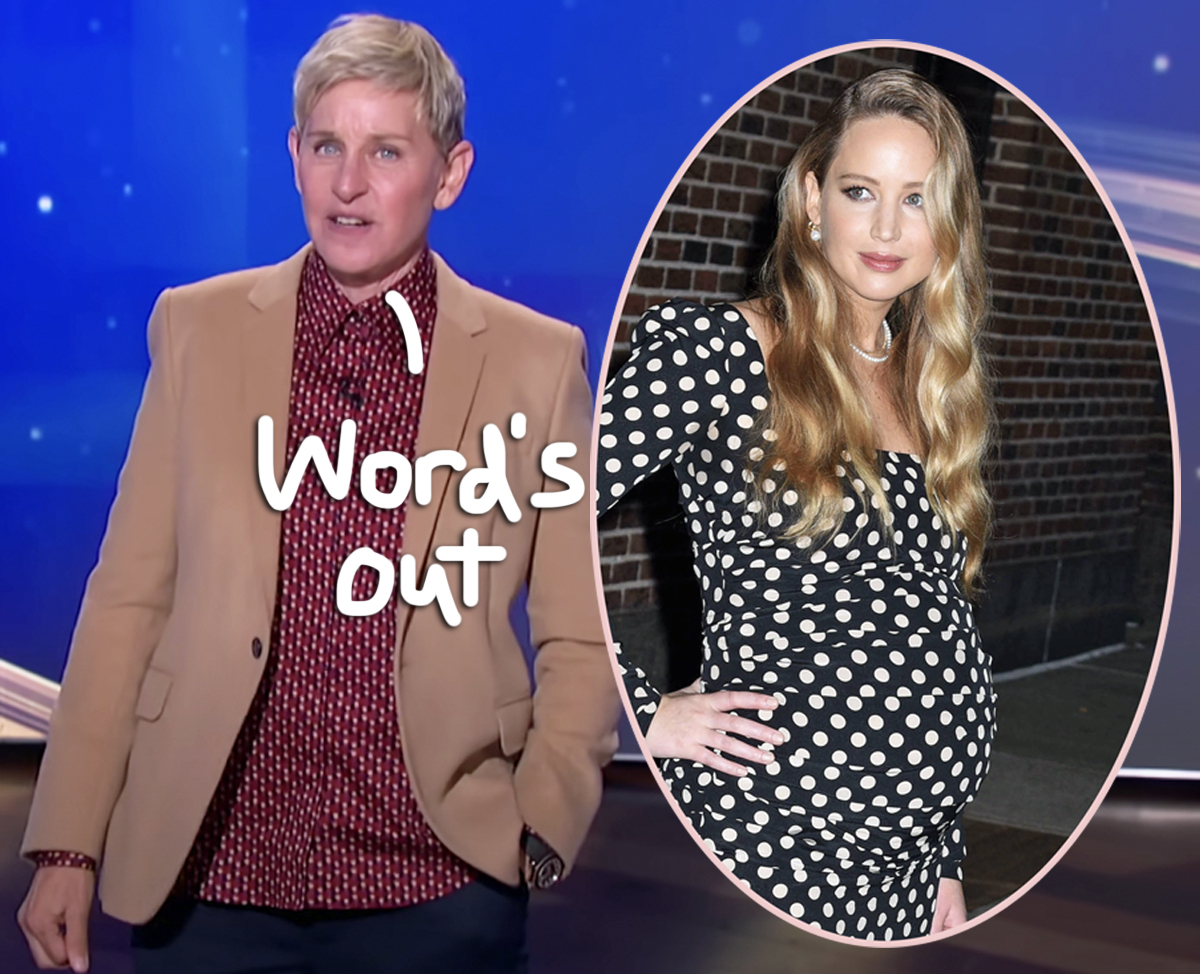 Ellen DeGeneres just revealed the sex of Jennifer Lawrence and her husband Cooke Maroney‘s first child! And it seems clear she was NOT supposed to!

During Monday’s episode of The Ellen DeGeneres Show, the Hunger Games star called in to speak with the 64-year-old one last time before the long-running talk show ends later this week. While chatting on the phone, the host revealed:

“People don’t know this, but I used to live in the house that you live in now when I started the show 20 years ago.”

While discussing what it’s like to be JLaw’s next-door neighbor now, Ellen seemingly shared – for the first time ever – the sex of the actress’s firstborn! She continued:

“Now I live next door to you, and I’m looking at you living in my house with a brand new baby. By the way, I do hear you sometimes talking to him and it’s really cute. I can hear you go, ‘I know!’ It’s so sweet.”

Did you catch that?!

Aww! So the celeb has a new little man in her life!!

The Silver Linings Playbook star married Cooke in October 2019 after one year of dating. In September, news broke that she was expecting her first child, and just five months later, they welcomed the baby into the world. At the time, the newborn’s name and sex were not revealed – but now we know she’s mom to a precious baby boy! His name still remains unknown.

This level of privacy isn’t all that surprising coming from the 31-year-old. For the December 2021/January 2022 cover story for Vanity Fair, she said she plans to protect her kiddo from fame as much as possible, saying:

“If I was at a dinner party, and somebody was like, ‘Oh, my God, you’re expecting a baby,’ I wouldn’t be like, ‘God, I can’t talk about that. Get away from me, you psycho!’ But every instinct in my body wants to protect their privacy for the rest of their lives, as much as I can. … I feel like that just starts with not including them in this part of my work.”

She’s also been hush-hush about her relationship with the art gallerist. They were first linked in 2018. Despite not saying much about him publicly, it sounds like things have been amazing from the get-go, Jennifer gushed about loving doing little things with him earlier this year, telling the outlet:

“I really enjoy going to the grocery store with him. I don’t know why, but it fills me with a lot of joy. I think maybe because it’s almost a metaphor for marriage. ‘OK, we’ve got this list. These are the things we need. Let’s work together and get this done.'”

Bet that attitude has helped them navigate parenthood for the first time! Ch-ch-check out Ellen’s seemingly accidental slip-up (below)!

Can you believe Ellen revealed the sex of the baby?! Did you have your suspicions? Let us know (below)!