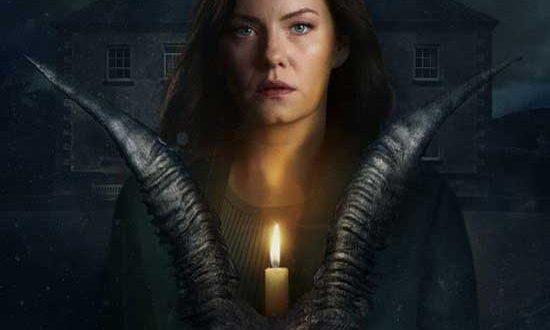 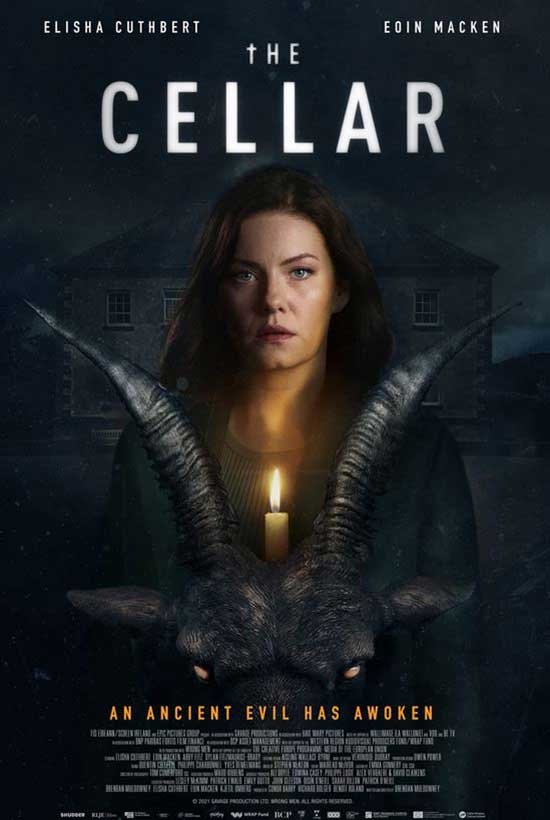 In THE CELLAR, Keira Woods’ (Elisha Cuthbert) daughter mysteriously vanishes in the cellar of their new house. She soon discovers there is an ancient and powerful entity controlling their home that she will have to face or risk losing her family’s souls forever.

The Cellar was directed and written by Brendan Muldowney.

I LOVE SHUDDER. I know so many of us as horror fans have turned to SHUDDER for the love of the genre.

Ellie is already annoyed by the move and life in general, she’s a teenager. She’s angsty, her mother doesn’t know her, nobody knows her, nobody knows anything. I think as human beings we sometimes don’t realize how blessed or fortunate we are to have someone at all love us enough to say, “hey, how are you?” or “hey, be safe.”

Immediately they seem drawn to the cellar. Ellie gets locked in the cellar; she is not happy at all. Keira is portrayed by Elisha Cuthbert. She is doing a good job as this overwhelmed mom who just wants to get by. Life can be hard. It will knock the shit out of you.

I think we don’t understand life sometimes and the way things happen. Kids always want to grow up and some grown-ups just want to go back to when our biggest responsibility was getting our asses inside on time when the street lights came on. Ellie is watching her brother Steven and the find a bunch of odd stuff.

No one prepares for you some stuff. We have this way of life where you go to school, you’re told you have to get married, have kids, get a job and that’s it. You pay bills, you work, you struggle, you have family problems. They don’t tell you about taxes, bills, house maintenance, life maintenance, taking care of yourself, a husband/wife/spouse, kids, animals. You name it.

Keira and her husband Brian work in the social media field. Ellie wants them home while they are moving but Keira and Brian have to be at work. Ellie is having a hard time and Keira is trying to get her through it while she’s at work.

It gets weird real fast. Ellie disappears and Keira and Brian have to rush home. They call the police, and GUESS… GUESS… You probably already know, they send one detective and a cop. A detective that again thinks she just angsty and took off because she didn’t want to move.

The scenes, the house, this movie is aesthetically beautiful and dark. There is something peaceful about staying in such a remote place. Keira begins putting up fliers and looking for Ellie. She is on a mission and forgets to pick up Steven from school. Keira goes in to talk with the detective and she finds out some stuff about Ellie.

Keira is trying to find Ellie, and she finds some weird stuff out about the house, and Keira decides to go in the cellar again. Keira is armed with a luminol light, and she finds disturbing stuff in the cellar. It’s extra creepy. Her husband isn’t around too much, they both work and they’re both busy but their daughter is missing.

The Cellar is a bit of a slow-burn movie. I don’t mind those movies. The tension builds up and not in an overzealous way. The house is so beautiful but it’s creepy, I’m sure that it’s intentional for the film, and it’s still a beautiful home. It’s a character and part of the story. It encapsulates this family that’s dealing with such a stress situation.

It’s a mystery, Keira and her family are desperately trying to solve. Keira goes to visit Dr. Fournet (Aaron Monaghan). He’s trying to help solve the mystery, the symbols, the numbers, formulas. It’s a great film, there is mystery, dark imagery, interesting history, it’s scary. It’s a great movie to watch with friends or cuddles up with drinks and popcorn.

I would recommend watching The Cellar.