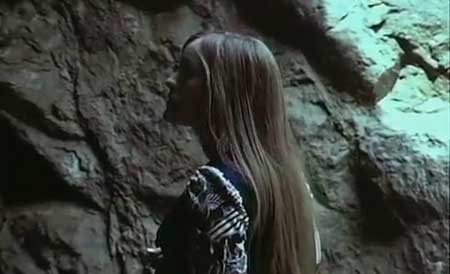 A reported monster is terrorizing a local community, but the police have no leads. A man who is fed up with the killings calls a handful of his friends and forms a posse to look for the creature. They head to Bronson Canyon to see if they can uncover who’s behind all of these deaths.

More short films! Today we have a blast from the past – from 1972, it’s  ZORGON:THE H-BOMB BEAST FROM HELL, directed by Kevin Fernan.

A monster is terrorizing a small community, and people are disappearing and dying. The police are stumped and have no leads. Our hero (played by Ace Mask) has decided to take matters into his own hands and forms a posse to seek out the creature.

There’s some weird stuff going on with the production quality that I can’t be sure if it was planned or a solution to technical problems. There’s no dialogue. People are talking, you can see them talking, but suddenly placards appear with the dialogue on them. The actors are making huge exaggerated movements like a silent film from the 30s. 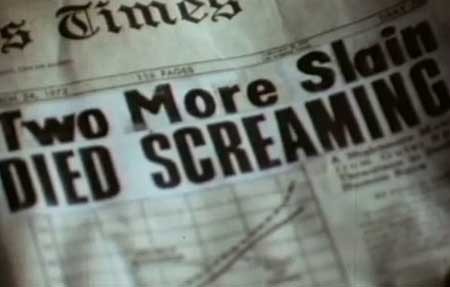 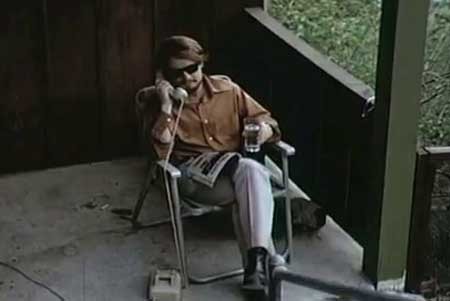 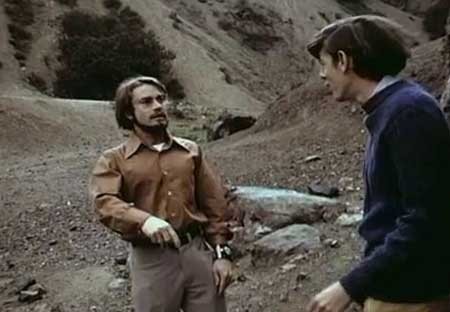 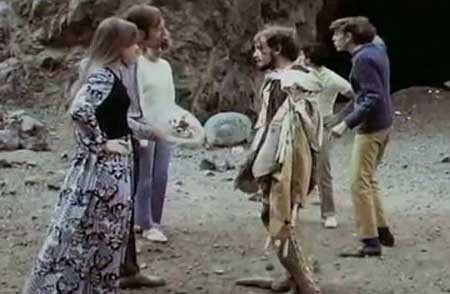 Meanwhile, there is all sorts of foley sound – birds singing, car doors, footsteps, that sort of thing. But the dialogue is not dubbed in at all. I’m assuming this thing was shot on Super 8, which would be fairly common for indie and student films back then.

I love seeing films from this long ago, and not just because I am fan of this era of filmmaking. It’s the discovery of who was involved in these old productions and what they have gone on to do…or not, in some cases.

For example, appearing in the film is a very young Rick Baker, whom I’m certain I don’t need to introduce. He also designed the monster with pieces of two other creatures he created, from OCTOMAN (1971) and SCHLOCK (1973).

Other cast members went on to do some really fun stuff. Ace Mask has appeared in a slew of other genre films, including CHOPPING MALL and THE RETURN OF SWAMP THING, as well as appearances on tons of television shows including BABYLON 5, ER, BUFFY THE VAMPIRE SLAYER, and was a recurring character on the soap opera THE BOLD AND THE BEAUTIFUL.

A fair amount of the cast went on to be visual effects artists. In addition to Mr. Baker, David Allen, Susan Turner, Jim Danforth, Bill Hedge, and  Jon Berg all went on to leave their mark in academy award winning films. There’s too much to recap here, but look them up and you’ll see what I mean.

As for our director, Kevin Fernan, this is actually a student film he made while he was at Pasadena City College. His professor ended up giving him an A- on the project. So there’s that. However, he has no other films to his credit after this one.

Is it great? No, but it’s fun and stupid and very much of the time period in which it was made.

So using my special short scale of one to five, five being awesome, I’m giving this film 3 Academy awards.