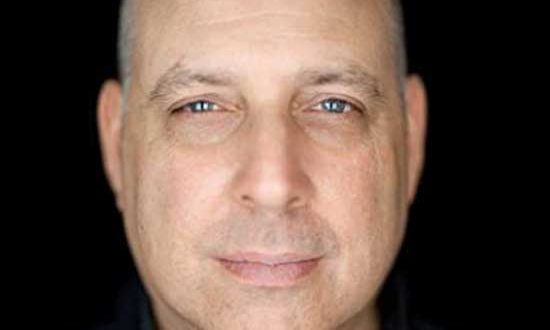 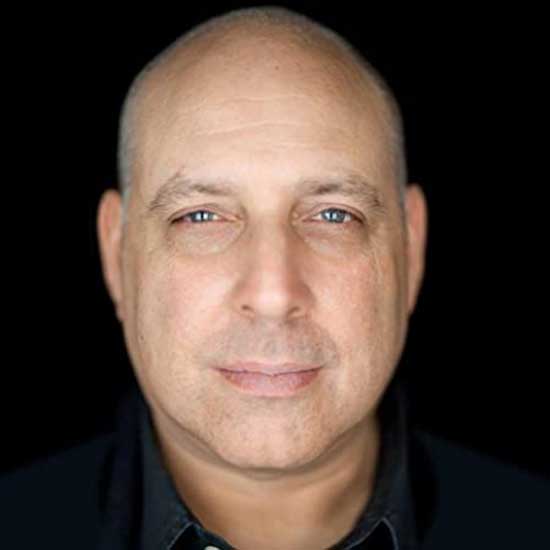 Anxiety, Egos and a Big, Green Monster:
An Interview With Author Julian David Stone
as he Takes a Fictional Look at Carl Laemmle Jr.’s fight to bring Mary Shelley’s Frankenstein to the Silver Screen

It was a nerve-frayed 6-year-old who stayed awake on Friday nights with his dad to watch the local creature features show and received an introduction into the realm of true fright. The back-to-front slow-turn revelation of the monster in his debut scene in the 1931 Universal horror masterpiece “Frankenstein”. It’s a fair estimation that studied, astute fans of the picture and genre of the period know as much as has been documented about the making of the feature that, with the same studio’s earlier “Dracula”, launched the era known as the Golden Age of Horror.

We know Bela Lugosi was offered the role and turned it down due to the character being heavily made-up and with little dialogue. It’s also known that Boris Karloff was asked to screen test for the role. Yet, what were the true motivations that Carl Laemmle Jr had for pushing the project forward. Was it more than money? Was it personal ego? The desperation of a young man to show his iconic father he can succeed in the movie business? Author Julian David Stone hypothesizes about the obstacles that Laemmle Jr faced in his latest book “It’s Alive!” and I had a chance to interview Mr. Stone about this incredible, absorbing work of historical fiction.

KN: As a guy who snuck into rock concerts to photograph them, then move on to study film-making, write screenplays, a full-length play, several documentaries on Frank Sinatra, write and direct a cult comedy and even now write two books, you had to have been the couch potato who absorbed all in tv, books and music because he was never satisfied with just one subject or media! What was life like growing up and who or what influenced you in all of your pursuits?

JDW: I grew-up in the heart of Silicon Valley in the 1970s and I think being the middle of such a swirl of creative and technological innovation had a huge impact on me. My desire to go into the arts – and ultimately storytelling – was really born in 1977 when I saw Star Wars. I was never really the same after that. And from there, over the years, my tastes changed and matured as first I made films in high school and then college and then I entered the film business and found success for many years as a screenwriter. After all of the different pursuits you mentioned, I finally transitioned into writing novels and I have to say, I have found this by far the most satisfying of all the different things I’ve done over the years. 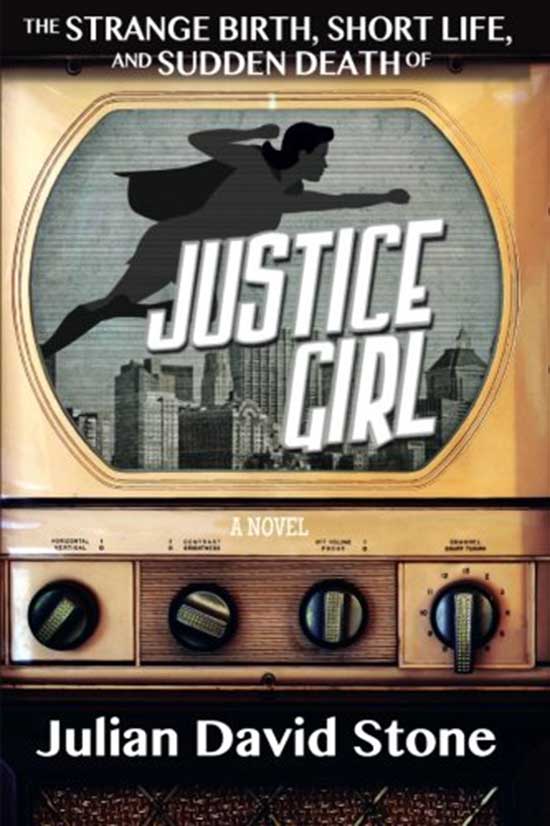 KN: Your first book, “The Strange Birth, Short Life and Sudden Death of Justice Girl” explores the creation of a fictitious 1950s live tv show from concept to shooting and beyond. Your second book, It’s Alive! is a historical fiction account of how Universal and Carl Laemmle Jr’s iconic classic Frankenstein came to be. There seems to be a fascination behind golden age media and the machinations that go on behind the scenes. Is that the lure for you in writing these two works?

JDW: Yes. It is so fun peeling back the curtain and showing how a world from the past was different than today – and at the same time, often the same. They both also represent worlds I would have loved to have lived in myself, so that makes it extra fun to write about. And since they both represent a business I have been a part of for the majority of my life, they fulfill the maxim, “Write what you know.”

KN: The number of facts you incorporate into “It’s Alive!” is extraordinary. You manage to include Laemmle’s overt hypochondria, the nepotism involving his father, the anxiety attacks, and even Karloff’s consideration of going back to trucking if Frankenstein didn’t pan out. What went into the research and how long did it take?

JDW: I love to research, and I like to say, “I want to be able to ‘wear’ an era” before I start writing about it. In the case of “It’s Alive!” I was well into my research, but I was still struggling with the story when I realized I was making a big mistake. I was focusing my research to specifically on the Universal Monster movies and Universal itself. That’s when I forced myself to take a step back and dive into all of Hollywood in 1931. I started watching as may films as possible from the era – not just Universal’s films – and I read as many of the trade publications as I could get my hands on sequentially, starting in January, 1931. This was so valuable as you could watch the progression of trends in the movie business, as well as the rise and fall of certain stars. After about a year of deep research into the period was when the story really started to fall into place. Also of great help were contemporaneous magazines, newspapers, books, etc. This is where a lot of the great details about the lives of the three main characters in my novel were found. Additionally, interviews with the main characters were also very helpful. In the case of Boris Karloff and Bela Lugosi, they were both famous for a very good portion of their lives, so there are many great interviews with them, and they were very helpful. Junior Laemmle was another story. There are a lot of interviews with him up to 1936, when the Laemmle family lost the studio. After that, almost nothing. So a lot of Junior’s story was pieced together from whatever tidbits I could find. Researching him was a great detective story on its own!

KN: At its core, “It’s Alive!” seems the story of dysfunction in relationships, both familial and romantic (Sidney Fox hit me, especially, as someone being held secondary to Laemmle Jr’s obsession over “Frankenstein”). Is this kind of a subplot you are telling about the damage the film industry does to people?

JDW: Ha! You may have a point there, though I can’t say it was intentional. The film business, like any business that is intense, definitely strains personal relationships. Though, I would have to agree that the unpredictable and chaotic nature of putting a film together does put an unusual strain on any and all relationships one might have. Because of the amount of money that is at stake, it tends to consume your life in a very unique way, particularly as you close in on the start of the actual filming of the project.

KN: “Frankenstein”, and even Laemmle Jr remain highly regarded some 91 years later. Why do you think that is regarding the film and what is it about the man that appealed to you, as the author, to write about him and to fans in general?

JDW: I think the film remains popular today, and resonates with me, because the theme of bringing the dead back to life is one of the most universal, if not the most universal, that you find in every culture. It is just as prescient today as it was 200 years ago when the original book of “Frankenstein” was first written. Additionally, the 1931 film adaptation takes things further and explores other themes that are also still very relevant today – man’s relationship to technology, the concept of ‘just because we have the ability to do something, should we do it?’, The unexpected consequences of our actions in the blind pursuit of technological advance, etc. The final cherry on top for fans is just how great these films look all these years later. The great costumes, Jack Pierce’s legendary make-up, the sets – all of it is so good. In particular, the wonderful cinematography in gorgeous black and white with more than a casual nod to German Expressionism and the wonderful puckish sense of humor. It all worked so beautifully 90 years ago, and still today.

KN: What happened to Junior during the 43 years after his dismissal from Universal was such a saddening tragedy, from his financial losses to his development of crippling illness (purportedly Multiple Sclerosis). Was he as much a victim of his father’s treatment of him and of other mistakes made beyond his control as his own excesses and flaws?

JDW: It’s really hard to get a full measure of Junior, that is why I find him such a fascinating character. In his early twenties, he has it all, then almost overnight, it is gone. He lives many more years in relative obscurity and passes away just as the films he was the driving force behind, start to be rediscovered. I don’t think he was so much a victim of his Father’s treatment as a victim of how Hollywood reacts to nepotism. While it is rampant, and many, many people profit from it, it also leaves a stain as anyone who is the child of a famous person will often have any achievement of their own overshadowed and often dismissed by the fact that they are progeny of this other well-known person.

KN: I saw in the book that each of the main characters is portrayed as very proud, with ample egos, yet very flawed. Was it your intent to display the pitfalls of being ego-driven?

JDW: Again, another aspect of the story that wasn’t necessarily intentional, but perhaps you are spot on. I can certainly attest in my own career that when you are very young and people are calling you a genius, it is very easy to believe them. And this can be very destructive.

KN: What lies in store for the future of Julian David Stone?

JDW: I have my next novel about half written. It’s about the 1960s space race and the competition between the United States and the Soviet Union to land the first man on the moon. The era and the Apollo program specially are big passions of mine, so I am very excited about this story – as well as immensely enjoying doing the research!

Anyone who is even remotely the fan of the chiller classics of 90 plus years ago, notably the aforementioned “Frankenstein”, will find Stone’s speculative account of the trials and tribulations Laemmle Jr and company had, at the time, in the making of this historic production an extremely compelling read. It’s available for pre-order now on Amazon and is officially set to debut May 17th. You’ll likely have as much fun as both the author had in writing and researching and as I had in chatting with him about it. At least it helped me fondly recall the 6 year old cowering behind the couch that one night those many years ago! Many thanks to Mr. Stone for his time in doing this interview.