The Last Drive-In‘s Joe Bob Briggs and Darcy the Mail Girl are kicking off the 10th annual Panic Fest with a special 20th anniversary screening of Don Coscarelli’s Bubba Ho-Tep on Thursday, April 28 at 7pm CST at Screenland Armour Theatre.

Panic Fest co-founder Tim KC Canton says, “We couldn’t be more thrilled to bring Panic Fest back to the masses for our 10th festival! Can’t wait to see everyone back at the theater and kick things off with Joe Bob while celebrating so many great films we get to share with genre fans.”

Hi Tim, I’m so excited to talk to you again. I’m excited to be covering the festival virtually. I’m excited for Panic Fest 2022. It’s ten years of Panic Fest and The Last Drive-In’s, Joe Bob Briggs will be appearing. How do you feel about everything? 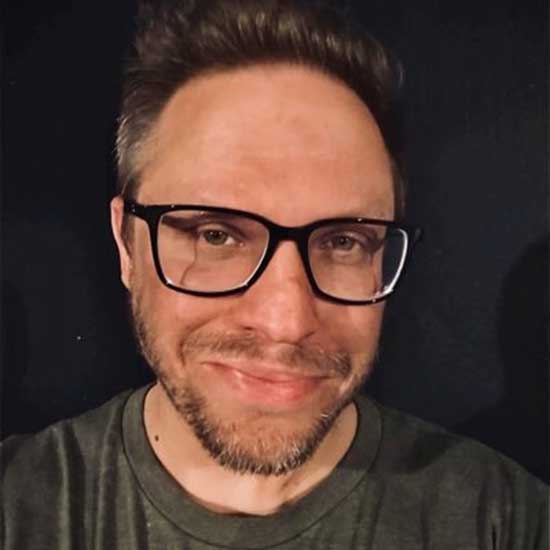 T.C.- Yes, it’s kind of interesting because it’s ten years of the fest but it’s technically nine years. It’s the tenth anniversary. We actually started in 2013 but we did it in April and the first Panic Fest happened for a two-week span but it was just on the weekend. We’re trying to find out footing, what the fest is going to be like. We did it at Screenland Crossroads which is no longer there and then we did the second weekend at Screenland Amour. That was in April of 2013, and we wanted to move it to January. So, we had two fests within a year of each other. We kind of squished them together so this is our tenth fest but in our ninth year. It’s easier to say it’s been ten years. So, it’s crazy to think it’s been ten years because it doesn’t seem like it. I’m going back through and counting down the Top twenty-five films that we liked for features. It’s been cool to go back and relive those memories, and see what kind of great films we had, and how the programming has progressed throughout the ten years. Everything has gotten better and better. Then in about 2019, we started layering in more and more event-based things. We try every year to figure out something different to add to the festival. Joe Bob Briggs’ been on a radar since about 2020. Covid happened and we’ve had to do virtual stuff. Joe Bob has had seasons on SHUDDER and we wanted him to pick a movie that has an anniversary attached to it. We picked Bubba Ho-Tep because we thought it would be more fun to talk about.

That’s great that Joe Bob and Darcy will be involved.

Mick Garris is also joining Panic Fest for the 30th anniversary of Sleepwalkers?

T.C.- Yes, so, Mick was someone we wanted to bring in for a Podcast but it didn’t work out due to scheduling. We still wanted Mick involved, how can we bring him in? We said, let’s just do an anniversary screening, Sleepwalkers with scary, crazy cats. Our mascot’s a demon cat that we transform and morph every year. We have Nightmare on Film Street who are friends of ours. We wanted to celebrate his films and Nightmare on Film Street will do a Q&A with Mick. We’re excited about Mick coming.

I’m so excited as always for the films. I love that Panic Fest includes so many short films. How do you and Adam Roberts decide which films to show?

T-C.- Adam Roberts, the co-founder that owns Screenland Armour, I met him when I was hosting some screenings of The Walking Dead and American Horror Story, those first seasons when they came out at the theatre about ten years ago.  I have Downright Creepy for about thirteen years now. So, it was kind of a perfect match, Adam took over the theatre, it’s an independent theatre. The last one in Kansas City and we started trying to figure out ways to collaborate. He said, let’s do a film fest, and of course we didn’t know what that was going to entail until we got in to it. He’s the festival director and he will handle the features because he has relationships with studios. The way that we pick films, is we kind of break it up a couple of different ways.

T.C.- I thought about this, you know we kick the night off with the short block and then we’ve got Joe Bob. Getting in front of an audience again at full capacity is huge. It’s an independent theater, we didn’t know if it was going to survive the pandemic? Here we are a year or two later and it’s thriving. We’re kind of the last one surviving that puts the fans first and the community. It’s all about community, we get out and talk to each other, Joe Lynch hangs out until three in the morning, and talks to people. It’s about bringing the film community and fans back together, and celebrating watching films together in the theatre. The flip side of that was the virtual where we had to recreate that space in Gather. It was a virtual space to recreate the theatre. I look forward to being able to talk to anyone that can’t make it to the fest. The main thing I want to say is I’m glad to see everyone back, and if you can’t make it I look forward to chatting with you in Gather. We had a lot of fun in there, and I made a lot of cool connections that I hope we can continue.

I truly loved the virtual festival. You guys made all of us feel so included.

T.C.- That’s awesome to hear. I tried to make that as fun as I could.

Do you have any projects with Downright Creepy coming out that you can talk about?

T.C- Yes, there is something that we tried to get off the ground. We would like to eventually release some of the shorts on the Downright Creepy YouTube Channel and on the site. We’re waiting for the festival to run. I’m really passionate about the shorts being a calling card for the filmmakers. I like to bring those to the light a little more.

Do you think you would ever make a movie or a documentary about Panic Fest?

T.C.- That’s interesting, it’s crossed my mind for the documentary at least. That’s something that could be cool to show what we do in the shadows. I think that’s something we would like to visit at some point. I’ve had ideas for short films before. I’ve written pilots and seasons for Podcast episodes. It’s not something I’ve seriously considered but hopefully it’s something we can do something with someday.

What are you the most excited about during the festival? Is there a moment that stands out or do you just take everything in and then think about it afterwards?

T.C.- Yes, gosh, we plan year-round now. So, I think there is so much work that we put into it. When opening weekend is here, it’s kind of a relief. I think there’s moments too where we go, can we top this moment? I think this year it will be the Joe Bob experience, the sold-out theatre, the preview night. I think that will be special. I’m biased, I program the shorts so I love to see the reactions to the shorts. I feel like every year you’ve got one or two movies that just makes the audience go bat-shit crazy. I think those are the moments I’m looking forward to.

Thank you so much Tim. I’m so excited for Panic Fest. You guys do such a great job and I can’t imagine all the hard work that goes into everything. Thank you so much for taking the time to talk with me for Horrornews.net.

T.C.- Thank you for the opportunity to chat today. I can’t wait to see everyone in-person and online.