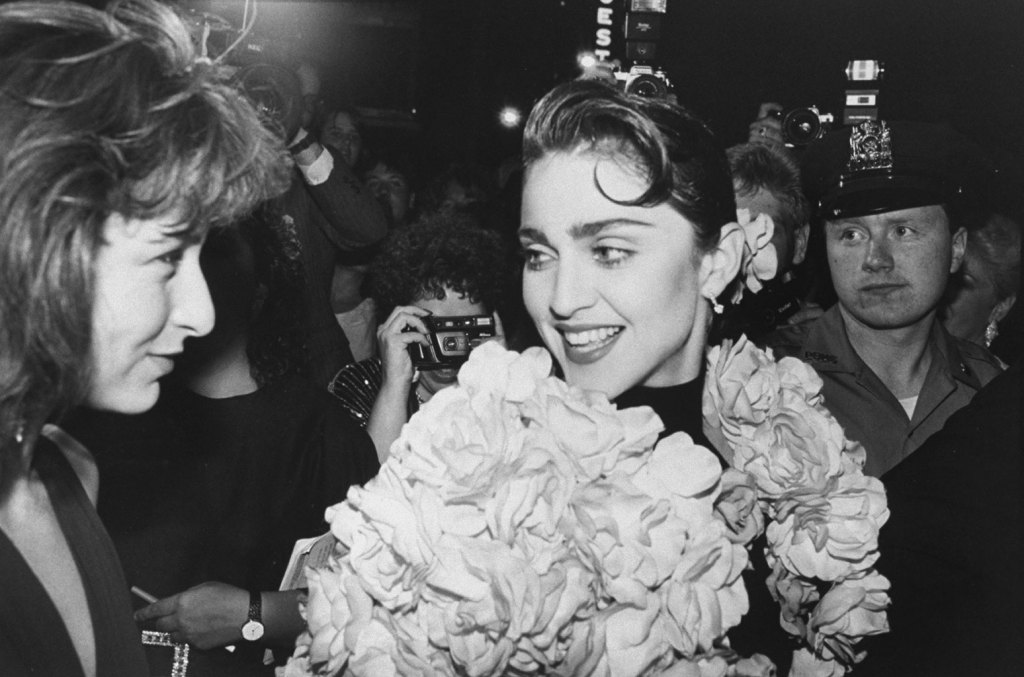 Grey told People ahead of the release of her memoir Out of the Corner that Madonna had thrown her a 29th birthday party and revealed that night that “Express Yourself” was inspired by the actress’ relationship with Matthew Broderick. “She told me she wrote ‘Express Yourself’ about me breaking up with Matthew,” Grey said in an interview published Thursday (April 21). “She said, ‘Come into my car.’ And I got in her Mercedes, where she had a really good sound system, and she was like, ‘Listen to this song I just did. It’s about you.'”

The now 62-year-old actress and Broderick dated after meeting on the set of Ferris Bueller’s Day Off, and were even engaged at one point. After they broke up, Grey began dating Johnny Depp, who she was apparently staying with at a cabin when Madonna told her about “Express Yourself.” “What I’ve learned is that I demanded second best,” Grey said, referencing the song’s lyrics. “Second best is never enough, you’ll do much better, baby, on your own.”

She and the “Material Girl” singer had been close friends at the time when Grey’s relationship with Depp began, and both women were cast in the 1989 film Bloodhounds of Broadway. Grey told the magazine she reached out to Madonna recently about her relationship being the subject matter of the hit song, which peaked at No. 2 on the Billboard Hot 100 in 1989. “I wrote her an email where I asked, ‘Did you just tell that to everyone?'” she said.

In Out of the Corner, Grey relives her life and career and reflects on the choice – her rhinoplasty procedures – that she feels cost her her career. “I spent so much energy trying to figure out what I did wrong,” she told People. “Why I was banished from the kingdom. That’s a lie. I banished myself. I hadn’t seen the way in which I made choices.”