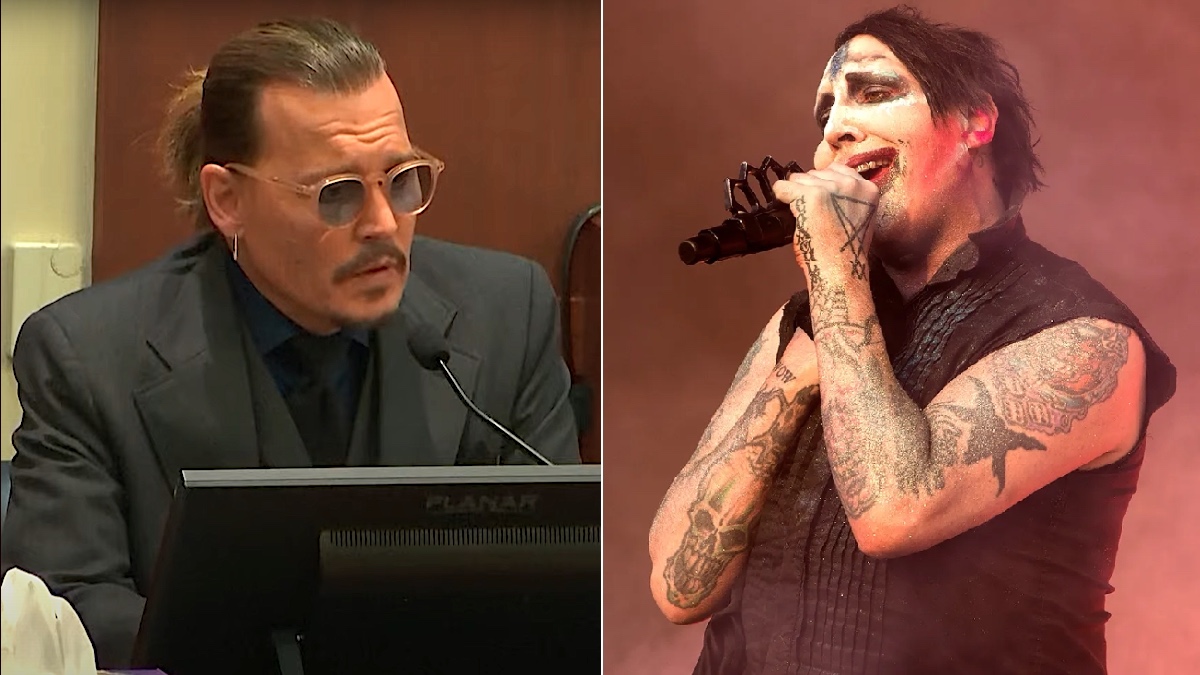 During his cross-examination in the ongoing trial stemming from his defamation suit against ex-wife Amber Heard, actor Johnny Depp was asked about his drug interactions with his friend Marilyn Manson. At one point, the Pirates of the Caribbean star brought a little levity to the trial, saying that he “once gave Marilyn Manson a pill so that he would stop talking so much.”

Depp is suing Heard for $50 million over the actress’ 2018 op-ed in The Washington Post in which she detailed her experience with domestic abuse. The actor claims that his ex-wife’s allegations have cost him lucrative film jobs.

At one point during the trial at the Fairfax County Circuit Court on Thursday (April 21st), Depp was asked by Heard’s lawyer about his drug use with Manson, in an effort to delve into the actor’s history with substance abuse.

“We drank together, we’ve had cocaine together maybe a couple of times,” responded Depp. When the lawyer asked if “pills” were involved, as well, Depp replied, with a smirk on his face, “I once gave Marilyn Manson a pill so that he would stop talking so much,” followed by a chuckle. The lawyer responded, “I get it,” before moving on with a general discussion of Depp’s drug use.

A few minutes later, another famous musician was referenced, when the lawyer displayed a photo exhibit that showed a Keith Richards demo CD next to four apparent lines of cocaine and a couple glasses of beer. Among the other items in the picture was a box that was embossed with the initials “J.D.” and a skull and crossbones. When asked by the lawyer if he carried cocaine in that box, Depp wryly answered, “I can’t say that I carried cocaine in it … but it looks like it would fit some cocaine.”

To keep up with the full trial, see Consequence‘s live updates. A livestream of today’s testimony can be seen below, followed by a screen capture of the aforementioned photo exhibit.

“I once gave Marilyn Manson a pill so that he would stop talking so much.” Depp testifies. pic.twitter.com/4jGNeIuhMk 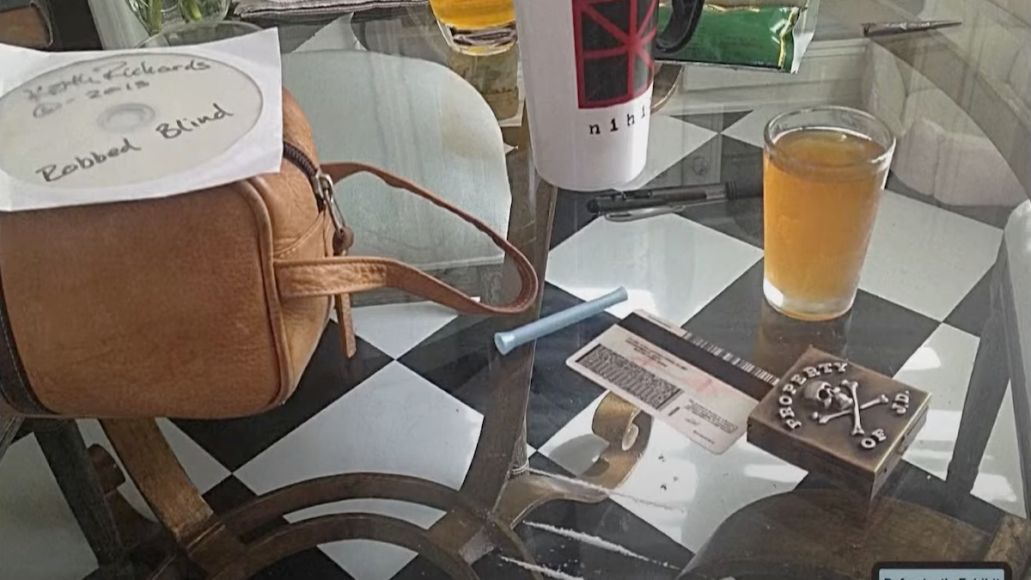