Johnny Depp once gave Marilyn Manson a pill “so that he would stop talking so much” – CelebrityGossipNow.com
Skip to content 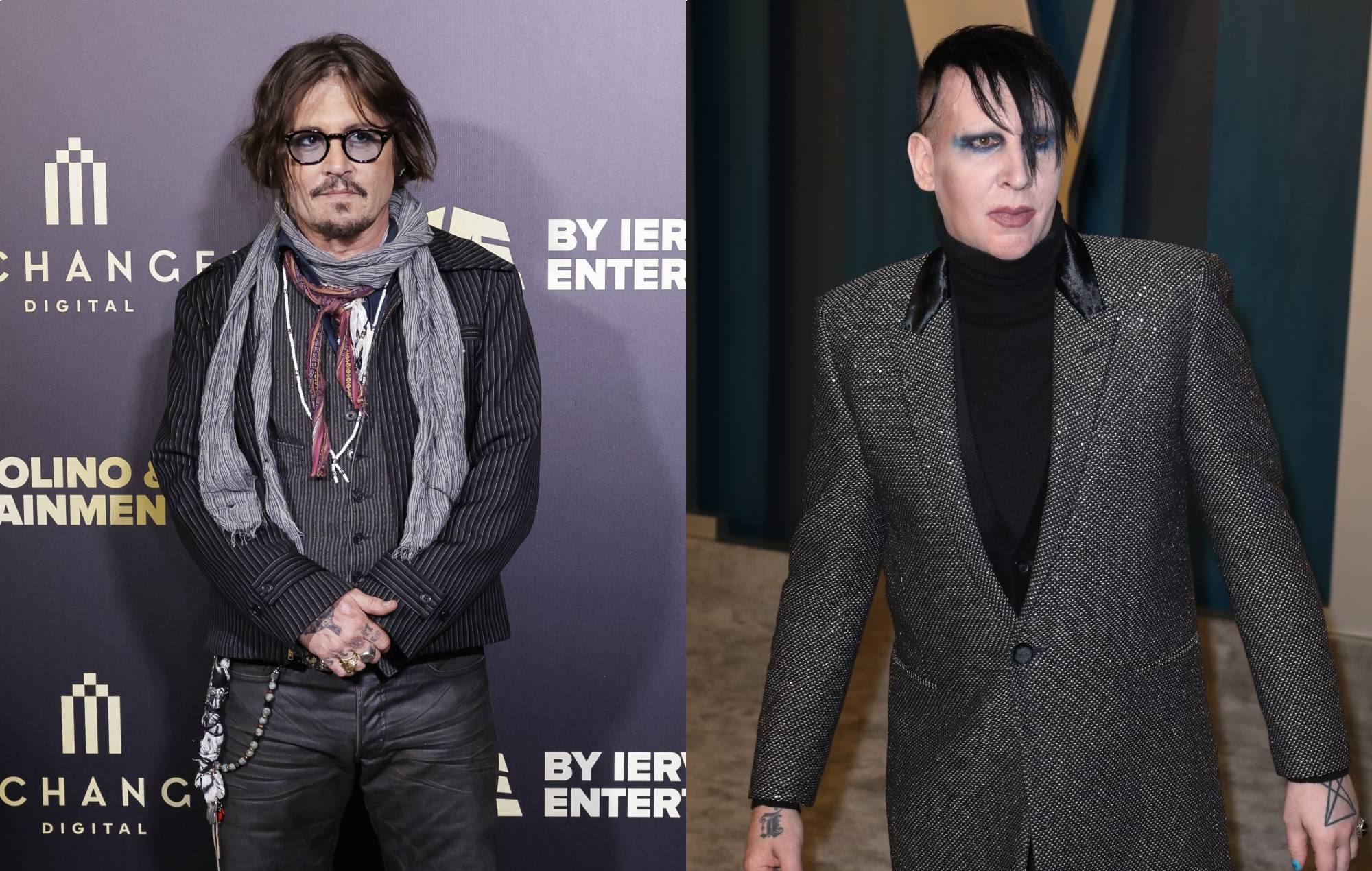 Johnny Depp has opened up about his drug use during his defamation suit against ex-wife Amber Heard, mentioning his interactions with Marilyn Manson.

The actor has been permitted by a Virginia judge to pursue his case against his ex-wife, suing her for defamation over a 2018 Washington Post op-ed in which she wrote about surviving domestic violence.

Heard did not mention Depp by name in the article, but Depp’s lawyers have argued that it falsely implies she was sexually and physically abused by Depp during their marriage. Heard has also filed a counterclaim against Depp, arguing he has created a smear campaign against her.

During his cross-examination in the ongoing trial this week, Depp was asked by Heard’s lawyer about his drug use with Manson, with the intention of further delving into the actor’s history with substance abuse.

“We drank together, we’ve had cocaine together maybe a couple of times,” Depp said. Heard’s lawyer then asked if pills were involved, and Depp replied with a chuckle: “I once gave Marilyn Manson a pill so that he would stop talking so much.”

Later, the lawyer showed the court a photo of a Keith Richards demo CD next to four apparent lines of cocaine and glasses of beer. There was also a box in the photo with Depp’s initials and a skull and crossbones. When Heard’s lawyer asked if the box contained cocaine, Depp said: “I can’t say that I carried cocaine in it … but it looks like it would fit some cocaine.”

The trial continues, with James Franco and Elon Musk among the names set to testify. According to Deadline, Franco and Musk are being brought in to testify on behalf of Heard after Depp accused them both of having an affair with his ex-wife.

In 2020 Depp lost a libel lawsuit against The Sun, which concerned the newspaper publishing an article in April 2018 referring to him as a “wife beater”. Judge Mr Justice Nicol said in a ruling that he found the words to be “substantially true”.

Depp said last year that he believes he is being boycotted by Hollywood, suggesting that the industry is taking note of his “unpleasant and messy situation”.