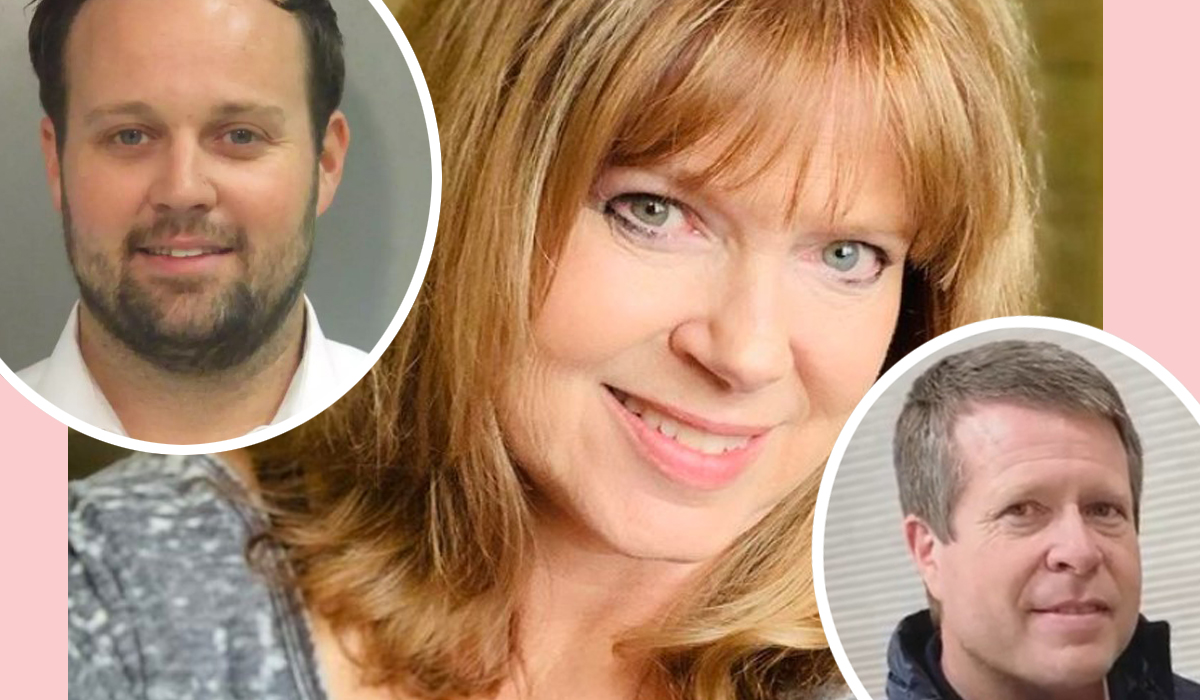 Deanna Duggar has surprisingly broken her silence on the conviction of her nephew – going against her brother Jim Bob‘s code of silence. As we reported, Josh Duggar was sentenced to 12.5 years in prison for his disgusting crimes of receiving and possessing child pornography.

Josh’s aunt was left in the dark about a lot of his disturbing endeavors, claiming that she had no idea what was going on until it was too late. In a new interview with The Sun, she said:

“I was very shocked about everything that has happened. I was told some different things. It’s a really complicated situation when you’re told one thing and something else happens.”

So, was her brother lying to her, too?? It sure seems that way! He doesn’t seem to have an issue with lying to keep his image clean, considering he lied on the stands of his son’s trial.

The 60-year-old went on to say that she only knew of the incident when she saw it on the local news. She made the mistake of calling a family member to ask what was going on – unsurprisingly, the call just ended in more lies. Not only did the family member she contacted say that Homeland Security “just stopped by” (as if they were there to crack open a cold beer with their old buddy Josh), they claimed the child porn found on his laptop was “downloaded by an ex-con”. What?! Why would an unnamed ex-con even have access to his computer?! She recalled:

“I was watching our local news and we heard that homeland security stopped by Josh’s car lot. I called one of the family members and I asked if it was true and they said, ‘No, they just stopped by.’ Homeland Security doesn’t just stop by. I tried to make sense of it. What in the world is going on? I was told it was an ex-con [who downloaded the child pornography]. I kept trying to figure it out. They had too much evidence against my nephew. It breaks my heart because I don’t understand his thinking.”

Deanna seems to think the sentence for her nephew was justified, because she admitted that she – like the jury and us and basically everyone following the case whose name isn’t Duggar – believes “he’s guilty”:

“I think he’s guilty. I think he should get some help to really find out what is going on. Find out what caused all this and get the psychological help he needs.”

No doubt he has serious issues! He molested five girls, one of which was 4 years old!

She also got candid about her family’s mental health struggle, stating that genetics might be at play:

“My father had serious mental issues. It could’ve been passed down to Josh. I do not know.”

The former 19 Kids And Counting star went on to say that she hasn’t spoken to her brother or his wife, Michelle Duggar, since Josh’s arrest. She was asked if she thinks the relationship will ever be mended, and her response didn’t sound very hopeful:

“I want everyone to get along. We’ll have to see on that one. I don’t know.”

Should she really want to get along with them if their reality TV career is more important to them than the safety of innocent children? Let’s hope she doesn’t end up caught in the crossfire for speaking out against her family, we all know how Jim Bob is about that public image!