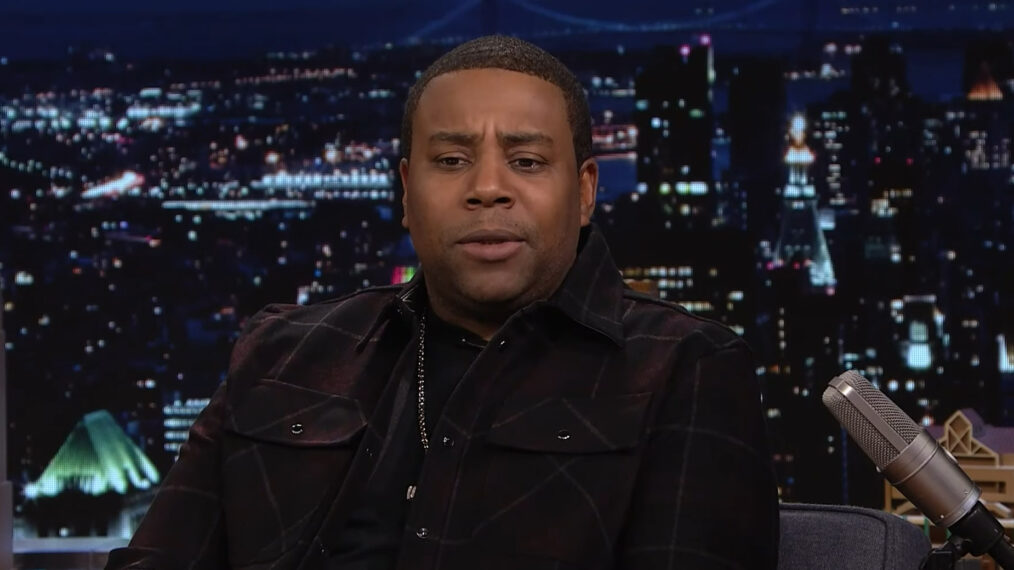 Saturday Night Live star Kenan Thompson has provided an answer to whether or not Samuel L. Jackson is banned from the long-running variety show due to an expletive-ridden sketch from 10 years ago.

The question was posed during Thompson’s appearance on The Tonight Show on Thursday, where host Jimmy Fallon brought up recent comments made by Jackson on The Ellen DeGeneres Show. In March, Jackson told Ellen guest host Leslie Jones that he dropped an F-bomb during a live sketch in 2012 and lightheartedly claimed that Thompson got him “banned” from future appearances.

“Kenan got me banned from Saturday Night Live,” the Oscar-nominated actor told Jones. “He didn’t cut me off soon enough, and I said the forbidden word on television. It was like, ‘Ah! He was supposed to cut me off.'”

Thompson, who co-starred with Jackson in the 2006 cult-favorite Snakes on a Plane, told Fallon that he wouldn’t have the power to keep a star off the show, even if he wanted to. He went on to say that, as far as he knows, Jackson is “welcome anytime” to return to SNL.

The sketch in question was the popular recurring skit “What Up with That?,” which stars Thompson as Diondre Cole, an over-enthusiastic host of a chaotic BET talk show. “He dropped the F-bomb on the show, but he says I was supposed to cut him off before that,” Thompson recalled of Jackson’s cameo, adding that the cue card only had the letter “F” and not the actual curse word.

However, Jackson’s faux-pas didn’t exactly take the cast by surprise. “We kinda expect the F-word out of Sam Jackson, so no harm done,” Thompson said. “Then he doubled down and said it again, and I was like, ‘Yo, my man, we got to pay for those.'”

Jackson, who has hosted SNL once, in 1998, hasn’t been back since the guest appearance a decade ago. But Thompson said the show would love to have him back. “He’s been mad at me for that, so my bad, bro,” Thompson continued. “I didn’t think he was gonna do it like that. Come on in whenever you want. It’s Sam Jackson – who doesn’t want Sam Jackson on the show?”