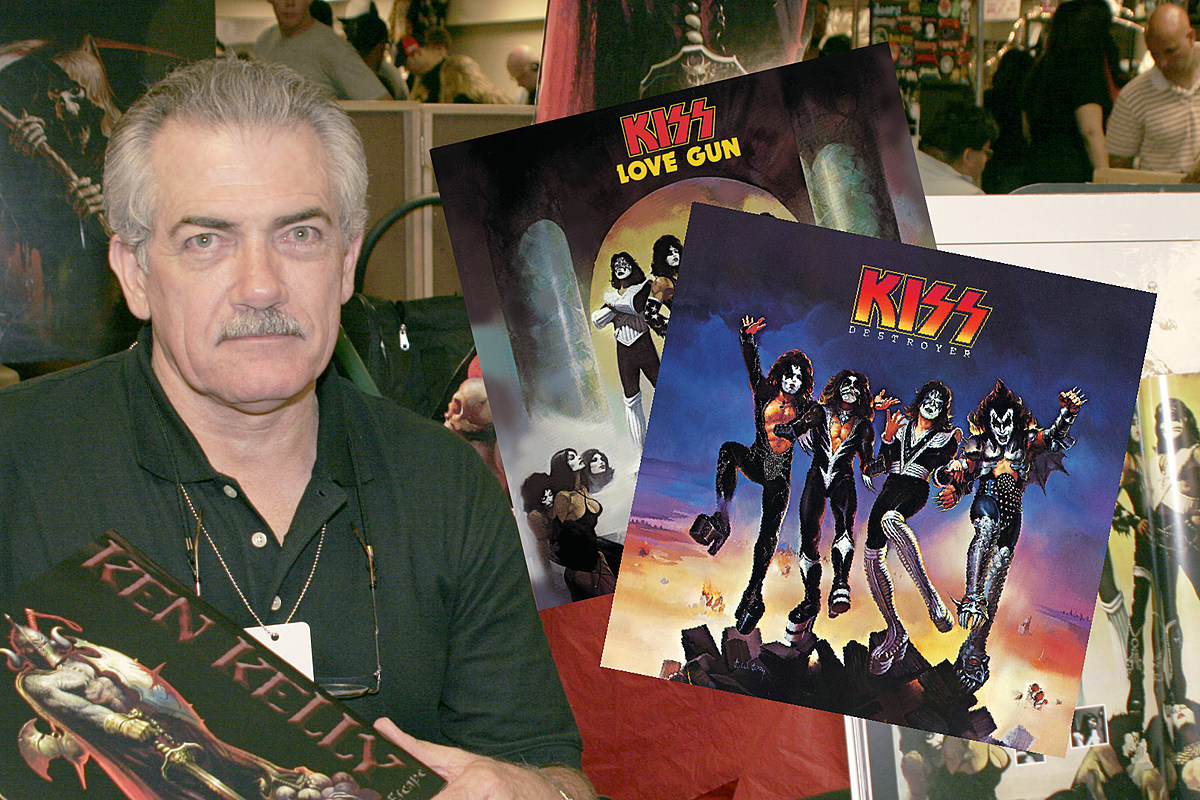 The visual artist who created the iconic KISS album covers for the rock band’s Destroyer (1976) and Love Gun (1977), Ken Kelly, reportedly died on Friday (June 3) at the age of 76, as Blabbermouth and Ultimate Classic Rock have said.

Kelly, a prolific painter behind rock and metal albums in the ’70s, ’80s and beyond, also created Rainbow’s Rising (1976) and multiple Manowar album covers – Manowar’s Fighting the World (1987) and Kings of Metal (1988) among them. But his colorful KISS creations might well have been his calling card.

See multiple remembrances of the artist near the bottom of this post.

Kelly’s death reportedly was confirmed on Friday by his friend Danny Stanton, president and founder of the concert agency Coallier Entertainment. Stanton wrote on Facebook, “RIP KEN KELLY. You will always be a legend in the KISS world. Such a great guy, artist, friend.”

Born in Connecticut in 1946, Kelly began in comic books and horror magazines in the early ’70s. Later that decade, then-KISS drummer Peter Criss connected him with the band.

“I had always thought it was [KISS bassist-vocalist] Gene Simmons, but Criss’ wife said it was he who was reading [me] while Gene and [KISS guitarist-vocalist] Paul Stanley were reading Marvel comics,” Kelly told the magazine Print back in 2018. “I would say Peter Criss was fundamentally responsible for me ending up being the cover guy.”

Loudwire sends condolences to Kelly’s family, friends and fans, and the members of KISS and the entire KISS Army.