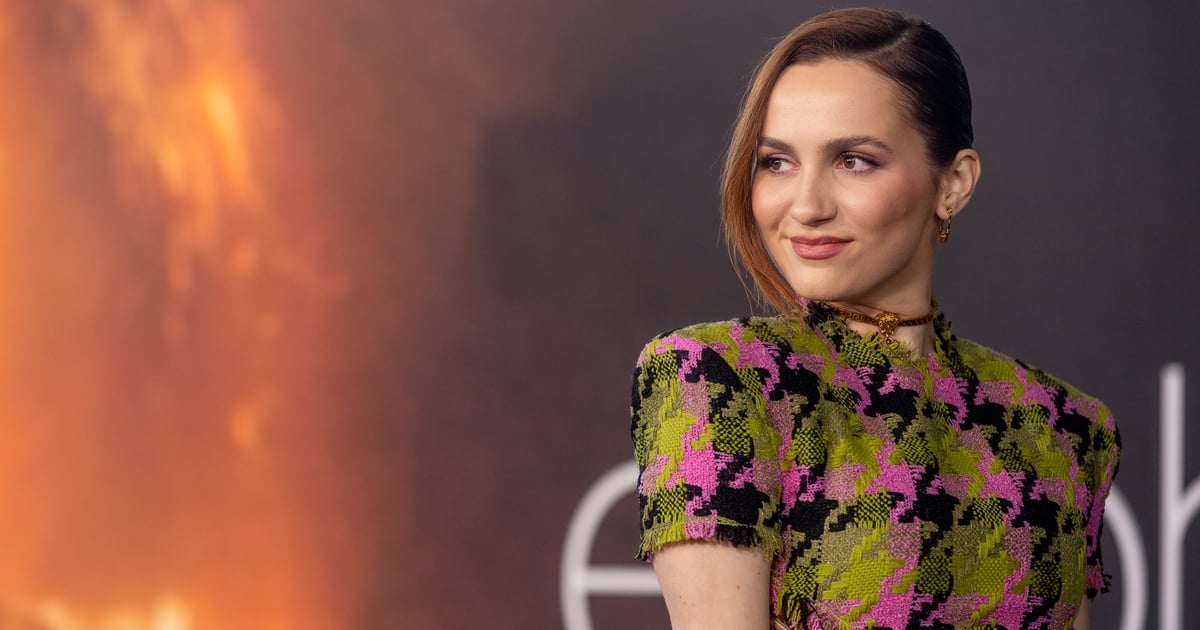 Maude Apatow wore Versace to her high school reunion of sorts. The actor assembled with her “Euphoria” cast at a pre-Emmys event at the Academy Museum of Motion Pictures in Los Angeles on April 20. Styled by Mimi Cuttrell, Apatow, who plays Lexi Howard, wore a minidress in a green, pink, and black tweed material. Adding intrigue to the otherwise simple silhouette, the dress has a corset panel at the waist with exposed boning and a distressed hem and neckline, giving off a deconstructed vibe. Apatow accessorized with black patent Mary Jane platforms, Wolford tights, and gold Versace jewelry.

Apatow pulled up to the red carpet with her onscreen sister Sydney Sweeney, who wore an Alexander McQueen suit with a similar sheer panel at the midsection. As for Apatow’s other costars: Alexa Demie wore a vintage Norman Norell batwing dress, Hunter Schafer was in an oversize MM6 Maison Margiela blouse, Zendaya appeared in a monochromatic Fear of God suit, Jacob Elordi looked dapper in Prada, and Barbie Ferreira wore pinstripe Proenza Schouler separates.

Though she wore Versace this time, Apatow is a Saint Laurent devotee, and a few weeks ago, she wore a satin dress by the brand to Vanity Fair’s Oscars afterparty. She also attended Saint Laurent’s recent runway show during Paris Fashion Week wearing a rose-print jumpsuit. The event was yet another “Euphoria” reunion with Jacob Elordi and Dominic Fike also in attendance.

Ahead, get an all-angles look at the eye-catching Versace minidress on the red carpet.