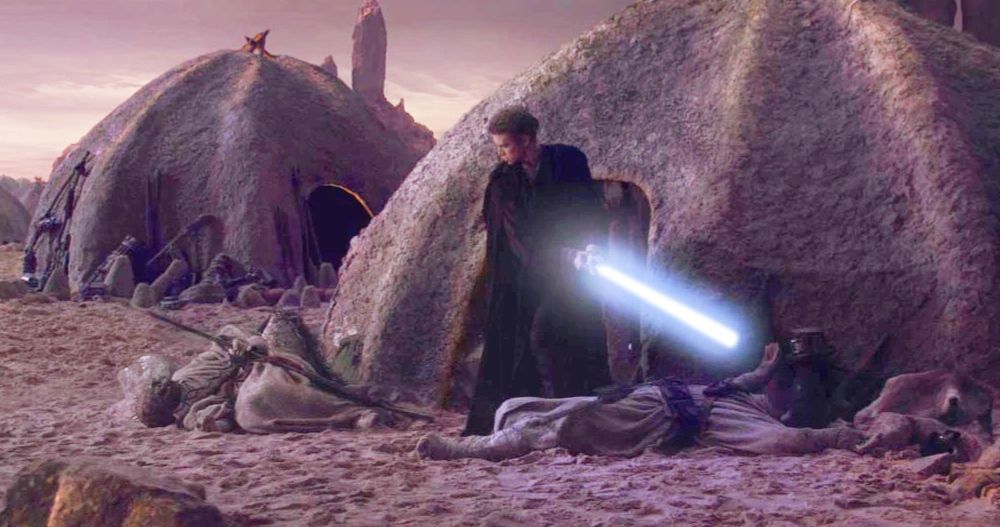 There are few movies that have caused as many heated discussions over the years as Star Wars movies have. With the way certain scenes were filmed, arguments have happened about just what happened during those scenes. And for the most part, many of those “did he or didn’t he?” moments remain unanswered.

But now, a new Star Wars novel coming out next year will answer one of those questions. The story will shed light on one of the burning questions regarding a specific scene in Star Wars: Episode II – Attack of the Clones, and, in doing so, provides confirmation about exactly when Anakin Skywalker’s fall to the Dark Side of the Force began. It is fitting that this story is being told now considering Hayden Christiensen’s imminent return as Anakin Skywalker in the upcoming Ahsoka series as well as his appearances as Darth Vader in the forthcoming Obi-Wan Kenobi series.

The specific scene referred to in the novel occurs after Anakin Skywalker has a dream regarding his mother back on Tatooine where he dreams of her in pain. He travels to Tatooine to seek his mother out and learns that the slaver Watto had sold her to a moisture farmer, Cliegg Lars. When he travels to the Lars ranch, he learns that she had been taken by Tusken Raiders during one of their recent attacks.

Impetuously, he takes it upon himself to conduct a one Jedi rescue of his mother, sneaking into the Tusken Raider camp and slaughtering all of them after his mother dies in his arms from injuries sustained from the Raiders.

When the film cuts away from the massacre and back to the Jedi Temple to focus on Master Yoda, we hear Qui-Gon Jinn’s voice saying “Anakin! Anakin! No!” But it has never been clear if Anakan had heard him during that scene or if it had only been Master Yoda to hear the fallen Qui-Gon’s admonishment.

The upcoming Star Wars novel Queen’s Hope by E.K. Johnston provides clarity. A new excerpt from the novel, which is the third in a trilogy focused on PadmÃ© Amidala, released on StarWars.com finds PadmÃ© and Anakin on their wedding day. Before getting married, Anakin pays his respects to Qui-Gon at the shrine built on the planet honoring Qui-Gon’s sacrifice, having died at Darth Maul’s hands there years earlier. At that moment, Anakin recalls hearing Qui-Gon’s voice on Tatooine and ignoring it:

“He’d heard Qui-Gon’s voice in the desert, begging him to listen to his better nature, not to give in to his hatred. He hadn’t listened. At the time, he’d told himself he was imagining it, but he knew he was lying. If Qui-Gon was out there, somehow, Anakin owed him an apology. And he would always appreciate the Master’s advice.”

“But he found nothing. Anakin looked deeper. There was so much fighting in his future, but it was all for the good of the Republic, for order. Maybe that was what Qui-Gon wanted him to see. There was always a way for him to make it right.”

This excerpt provides clarity to a scene that was very vague and helps to define just how deep Anakin’s fall was. It takes a great deal of mental gymnastics to justify his actions in order to find a way to please his Master. Star Wars: Queen’s Hope goes on sale on April 5th.


The Expendables 4: Why the Movie Took So Long to Finally Happen

Rick Bentsen, when he’s not writing articles for MovieWeb, likes to sit at his typewriter and write his full length novels. And torment his family with Dad jokes.