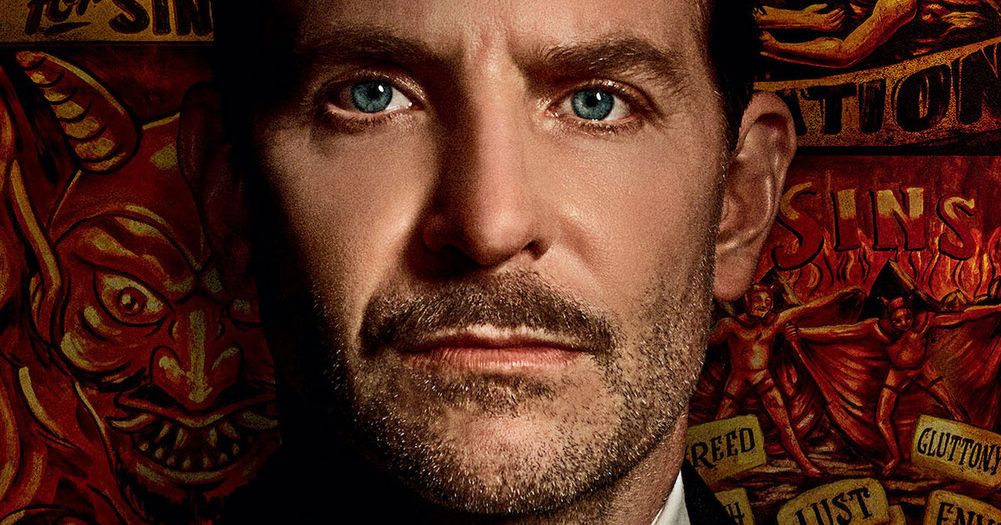 Searchlight Pictures has just released the final trailer for Guillermo del Toro’s thriller remake Nightmare Alley. They’ve also acquainted us with the players in the haunting new posters. Can our wiley Stanton Carlisle triumph in his ultimate grift to gain the riches of the society elites? Who can be counted on as friend or foe? Let’s find out.

The official synopsis reads, “When charismatic but down-on-his-luck Stanton Carlisle (Bradley Cooper) endears himself to clairvoyant Zeena (Toni Collette) and her has-been mentalist husband Pete (David Strathairn) at a traveling carnival, he crafts a golden ticket to success, using this newly acquired knowledge to grift the wealthy elite of 1940s New York society. With the virtuous Molly (Rooney Mara) loyally by his side, Stanton plots to con a dangerous tycoon (Richard Jenkins) with the aid of a mysterious psychiatrist (Cate Blanchett) who might be his most formidable opponent yet.”

Speaking at the Tribeca Film Festival, of shooting the film during the pandemic, Bradley Cooper explained they had to make changes to accommodate for the delays. “We shot the second half before the first half. We didn’t want to do it that way. Things happened to us, with sets and other actors’ availability and water, the snow and all that. I was the cause. I had moved to New York and said, ‘I can’t do it right now. Let me get settled.'”

“It was a blessing,” director Guillermo del Toro said at the time. “I believe wholeheartedly life gives you what you need, not what you want. You have a window to look at everything. It was incredible. We got to see these characters, when [Cooper’s Stanton Carlisle] was full of himself and arrogant and certain and seeking. We were able to go back six months in between all this and were able to analyze and see not only that character but what we needed to rewrite to be able to go back to a set. If your pores are open, the movie finds you. Each movie tells you what it needs.”

While the original film, released in 1947, was a thriller, it clearly doesn’t have the creative freedoms utilized in contemporary films. What did lend a hand in creating such an unsettling film for the audience of its time, was the casting. Tyrone Power was, in his time, not considered by any stretch, as a villain. He populated films as the traditional romantic lead, as the trustworthy hero. In a bid to broaden his casting choices, he requested that 20th Century Fox acquire the rights to the novel, enabling him to play the villain. Watching their jocular leading man in a role in a movie that was considered scandalous and banned in many places, shook up the audience’s expectations from the actor. It’s now considered to be one of the best films of its genre. Here’s the trailer, if you want to give it a taste.