Official Trailer for ‘Where The Scary Things Are’ Urban Legend Horror – CelebrityGossipNow.com
Skip to content

Official Trailer for ‘Where The Scary Things Are’ Urban Legend Horror

“What the hell did you kids do?!” Lionsgate has released an official trailer for an indie horror movie called Where The Scary Things Are, the latest creation from filmmaker B. Harrison Smith. This premiered at the Horror Hounds Film Festival and will be on VOD in June this summer. A group of teenagers inspired by a high school “Create Your Own Urban Legend” project quickly get out of hand in their greedy desire for more “likes” and going viral with deadly consequences. It seems that they end up creating some kind of real urban legend monster, and film him to prove he’s real ending up becoming a viral sensation – but it’s also really killing people. Or so it seems from the trailer? The ensemble cast includes Paul Cottman, Michael Cervantes, Peter F. Cote, Quinn Andrew Fickes, Selina Flanscha, Oliver Givens, Emma Lim, Asher Ruppert, & Riley Sullivan. The dialogue in this trailer is pretty bad, but the rest of it seems okay.

Here’s the trailer (+ poster) for B. Harrison Smith’s Where The Scary Things Are, from YouTube: 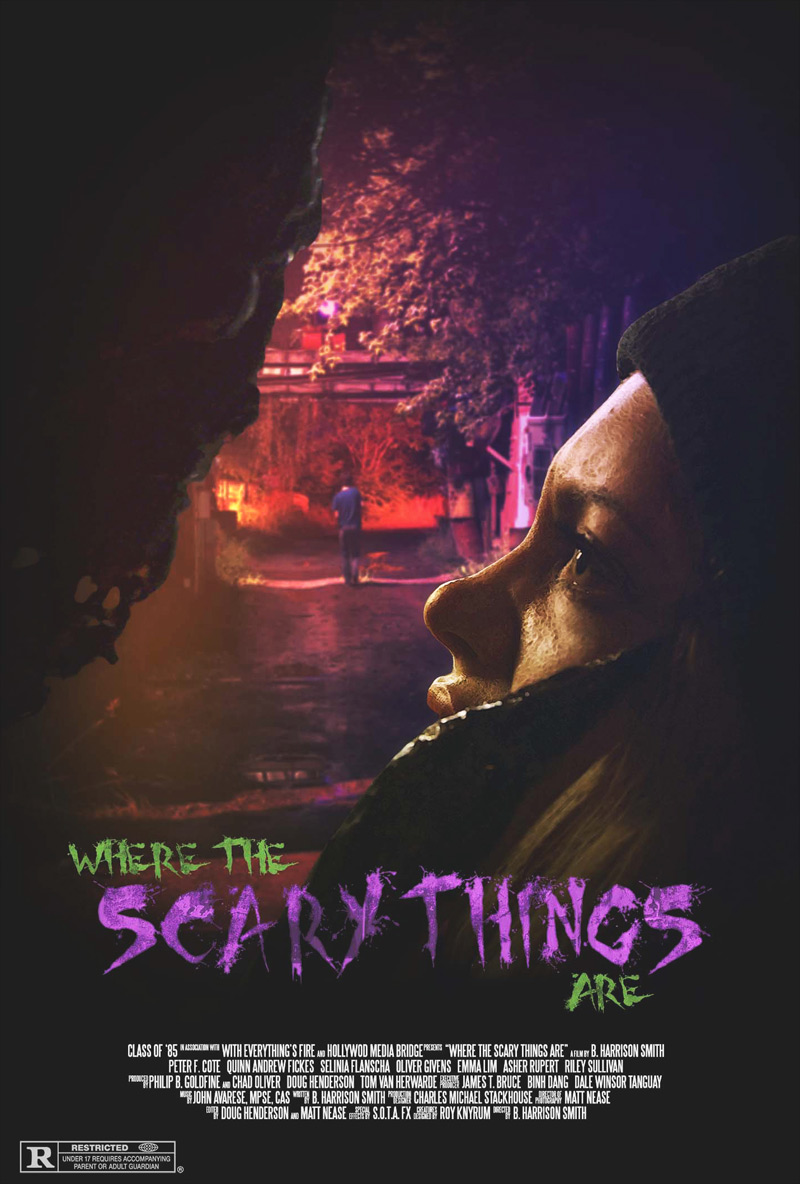 Ready for Stand by Me or The Goonies with a deliciously dark twist? The horror begins as Ayla and her high school friends discover a hideous, semi-human mutant. They keep it prisoner while shooting repulsive viral videos, with the gang’s hunger for “likes” driving them to film the beast performing murderous acts. When one boy sees that Ayla is using the monster’s gruesome violence to settle her own vendettas, he threatens to tell the authorities-but is he too late to save his friends? Where The Scary Things Are is both written and directed by indie genre filmmaker B. Harrison Smith, director of the films Camp Dread, ZK: Elephant’s Graveyard, Garlic and Gunpowder, Death House, The Special, and All I Want for Christmas previously. This premiered at the 2022 Horror Hound Film Festival this year. Lionsgate will debut Where The Scary Things Are direct-to-VOD / DVD starting on June 28th, 2022 this summer. Ready for scares?