Oh Damn! Pete Davidson’s People Are Warning Him NOT To Appear On The Kardashians With Kim! – CelebrityGossipNow.com
Skip to content 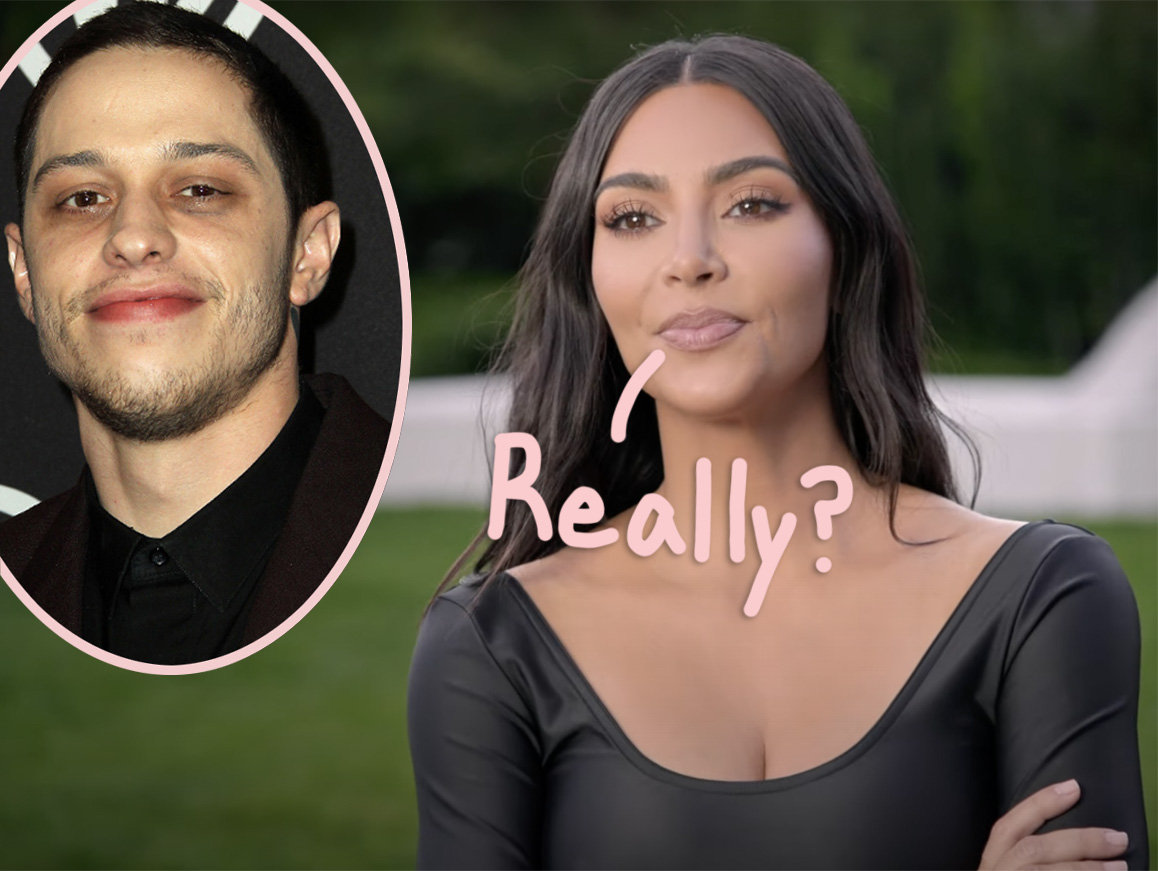 Pete Davidson‘s people are apparently warning him about the KarJenner reality TV empire!

The Saturday Night Live star was already famous, although his profile has risen in the last six months after getting closer and closer to girlfriend Kim Kardashian. But insiders are allegedly concerned about where this is going – from an entertainment biz perspective, at least!

Related: Kim Opens Up About Her Commando Past & Pete’s Preferred SKIMS Set!

An insider spoke to Page Six about what’s allegedly going on within the 28-year-old comedian’s team, and it sounds like they are super-tepid with their take on his girlfriend’s Hulu hit!

A source close to the Meet Cute star explained to the outlet that Pete’s career is already firing on all cylinders, and as such, his pals are apparently skeptical that any association with Kim’s reality TV empire would do him any good. The insider explained the thinking behind it, saying:

“His career has taken off, what does he need this for?”

It’s true, of course, as the funnyman is working on a number of forthcoming projects now – including American Sole with SNL co-star Colin Jost, and a biopic about Joey Ramone. But still, if he wants to spend time (captured by reality TV cameras) with his girlfriend, who cares?!

Pete’s pals apparently feel very strongly about it, though. The source explains that the comedian had struck the perfect balance of stardom and relative calm in his life prior to Kim’s arrival, and that could apparently all be thrown out the window now:

“Before he met Kim, no one knew what Pete was doing [all the time].”

The insider also argued that the decline and fall of some of the high-profile men within the Kardashian universe – including Tristan Thompson, Lamar Odom, Kanye West, Kris Humphries, and Scott Disick – should be a sure-fire warning to Pete to stay away:

“It’s a sure way to kill the relationship. Getting involved in the show decimates every man.”

OK, sorry, we have to take issue with that. Whatever those men did or didn’t do, they did it themselves, and they must live with the consequences of their personal actions, like all the rest of us. The KarJenner women didn’t force them to do anything! Is there an alternate universe out there where KhloÃ© Kardashian somehow forced Tristan to cheat or something?!?! We call bull s**t!

Thankfully, a second source is a bit more optimistic about Pete’s connection to the SKIMS mogul, and her public-facing line of work:

“He feels no pressure to be in the show. Neither do the people around him. If it happens that he’s on the show, it happens.”

That certainly sounds more reasonable! What do U think, Perezcious readers?? Can we leave behind all this Kardashian Kurse nonsense once and for all?! Please??