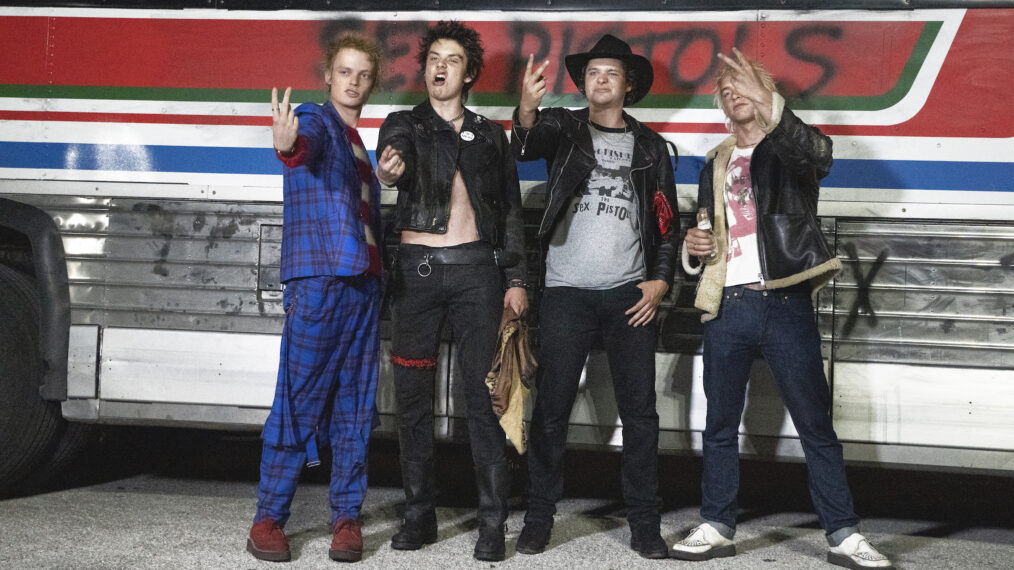 It’s hard to imagine a richer subject for a music biopic than the raucous, rebellious 1975-78 ride of the Sex Pistols.

“One phrase from the book that stuck with me was ‘The music always saved me; I’d be dead now without music,'” Pearce recalls. The series also captures the destitute conditions in England that birthed the band.

“Young people felt they had no future,” Pearce says. Music gave the band-and their fans-a purpose: “It was a fertile time for something to explode.”