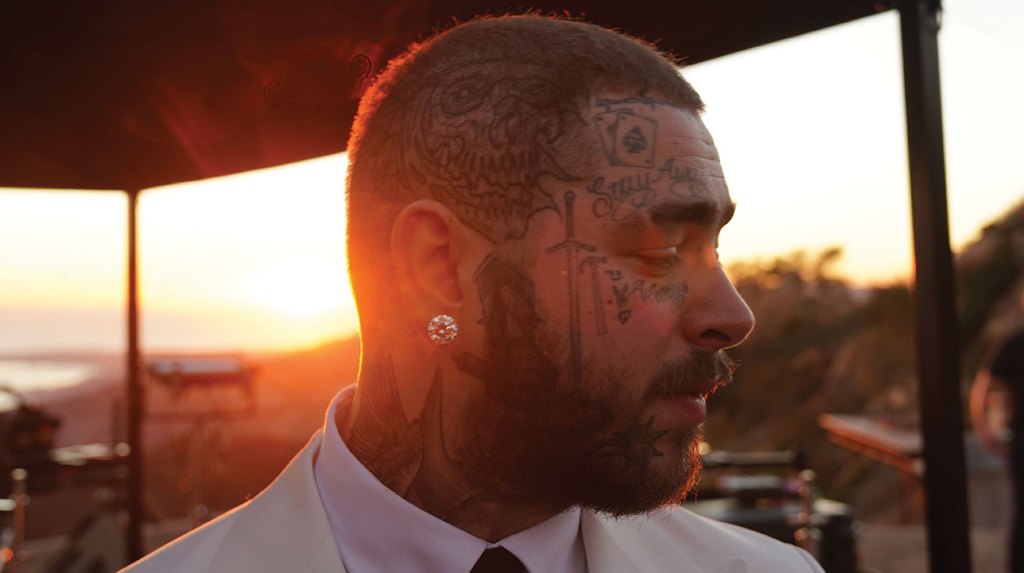 Post Malone returns to the top 10 on Billboard‘s Hot R&B/Hip-Hop Songs chart with “Cooped Up,” featuring Roddy Ricch, in its second week on the list. The single, released May 13 on Mercury/Republic Records, climbs 16-8 thanks to radio gains and the departure of several songs from Kendrick Lamar’s Mr. Morale & The Big Steppers after their arrival last week.

For its first week in the Hot R&B/Hip-Hop Songs’ top 10, “Cooped Up” registered 13.9 million official U.S. streams in the week ending May 26, according to Luminate, down 16% from 14.2 million the previous week. Sales, too, experienced a typical second-week slide and reduced 52% to 3,000 downloads for the same period. Despite the volume declines, “Cooped” advances 17-7 on the R&B/Hip-Hop Streaming Songs chart and remains at No. 4 on the R&B/Hip-Hop Digital Song Sales list.

Airplay results rise, however, as the single’s radio profile grows. “Cooped” zooms into the top 10 on Rhythmic Airplay in its third week with a 17-10 advance, spurred by a 29% increase in plays at U.S. monitored rhythmic radio stations in the week ending May 29. The track also debuts on Pop Airplay at No. 40 following a 25% improvement in weekly plays on mainstream top-40 stations.

Back on Hot R&B/Hip-Hop Songs, “Cooped” also traces its rise to the departure of songs from Kendrick Lamar’s Mr. Morale & The Big Steppers album after it bombarded the list. When “Cooped” debuted last week at No. 16, Lamar placed 11 songs above the single. This week, nine of those tracks rank below “Cooped” and allow the song to fill the vacuum created.