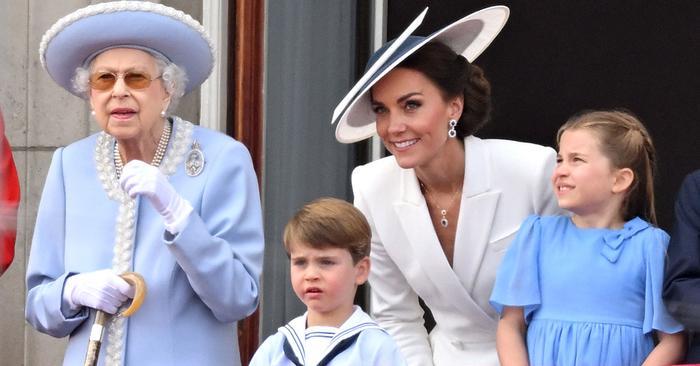 The Queen’s Platinum Jubilee has whipped London into a royal fervor and I’m reveling in all the amazing images coming in. While the Duchess of Cambridge typically attracts the most fashion attention, today it was Prince Louis who stole the show thanks to his adorable hand-me-down outfit. He wore a sailor-inspired top on the balcony of Buckingham Palace during the Trooping the Colour parade-the very same one that his father, Prince William, wore to the same event back in 1985. How cute is that? Oh, and his funny faces certainly caught the eye of the photographers as well.

Meanwhile, Kate Middleton re-wore a white Alexander McQueen coat dress along with sapphire earrings and a necklace from Princess Diana’s jewelry collection. She finished the look with a striking Philip Treacy hat and a Strathberry bag. Princess Charlotte was positively charming in a light blue dress by Patachou. Scroll down to see all the photos.