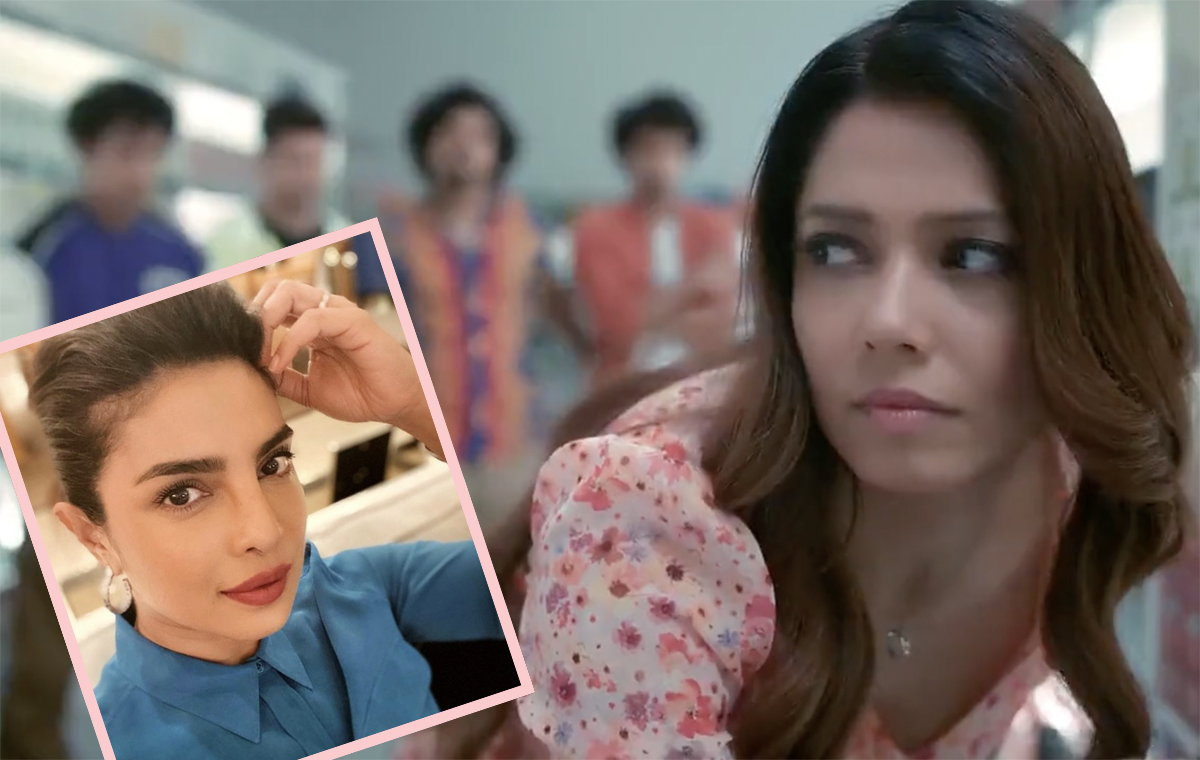 Priyanka Chopra made her voice heard after seeing a “disgusting” commercial for a body spray brand called Layer’r Shot – and she and other Indian stars speaking out seem to have made a difference!

Here is one of two ads for Shot, reposted on Saturday by Upsala University Professor Ashok Swain, who accused the company’s jokey ad of “romanticizing gang rape”:

Why is India the rape capital of the world and most unsafe country for a woman! An advert romanticizing gang rape. pic.twitter.com/jD6K3CjJeQ

For those who can’t stomach watching, a woman bending over while shopping notices four men behind her. One says:

As the woman gets more terrified, one replies:

“So who will take the shot?”

She turns in terror – only to realize they aren’t staring at her but at the last can of Shot on the shelf, causing her to sort of laugh at herself.

Related: Nickyanka ‘Stronger Than Ever’ After Daughter’s Terrifying Stay In Hospital!

The other ad is even worse. In it, a young man and his girlfriend sit on the bed in his room, when four of his friends come in and block the doorway. The leader says:

The young woman is horrified as the first man approaches the bed – but then grabs the can of Shot on the nightstand.

See? Everything is A-OK. Only it isn’t…

The ads came out amid a national conversation about the prevalence of rape culture in the country. Apparently up to 90 rapes are reported a day. The controversy comes just a week  or so after a national story about a 17-year-old being sexually assaulted by a gang of five men.

“This ad is not an accident. To make an ad, a brand goes through several layers of decision making. Creatives, script, agency, client, casting… DOES EVERYONE THINK RAPE IS A JOKE? Revelatory! This brand, the agency that made this ad need to be sued for the filth they’re serving.”

“What incredibly tasteless and twisted minds it must take to think up, approve and create these stinking body spray ‘gang rape’ innuendo ads. Shameful.”

Priyanka added her own voice to the choir, blasting on Saturday:

“Shameful and disgusting. How many levels of clearances did it take for this commercial to be green lit. How many people thought this was ok? I’m so glad that it was called out and now the ministry has taken it down. Appalling!”

Yes, that very day India’s Ministry of Information and Broadcasting called for the ads to no longer be played, saying they were “detrimental to the portrayal of women in the interest of decency and morality” and that they violated the national media code of ethics.

Layer’r claims they asked their media partners to stop playing the ad, voluntarily – which we guess is supposed to look better than if the government banned them. They sort of apologized, posting on Twitter:

“We never intended to hurt anyone’s feelings or outrage any women’s modesty or promote any sort of culture, as wrongly perceived by some. However, we sincerely apologise for the advertisements that consequently caused rage amongst individual and several communities and beg their pardon.”

As “wrongly perceived by some.” So… you’re wrong about this being problematic, but sorry if you’re offended? Great.

What do YOU think of the ads??