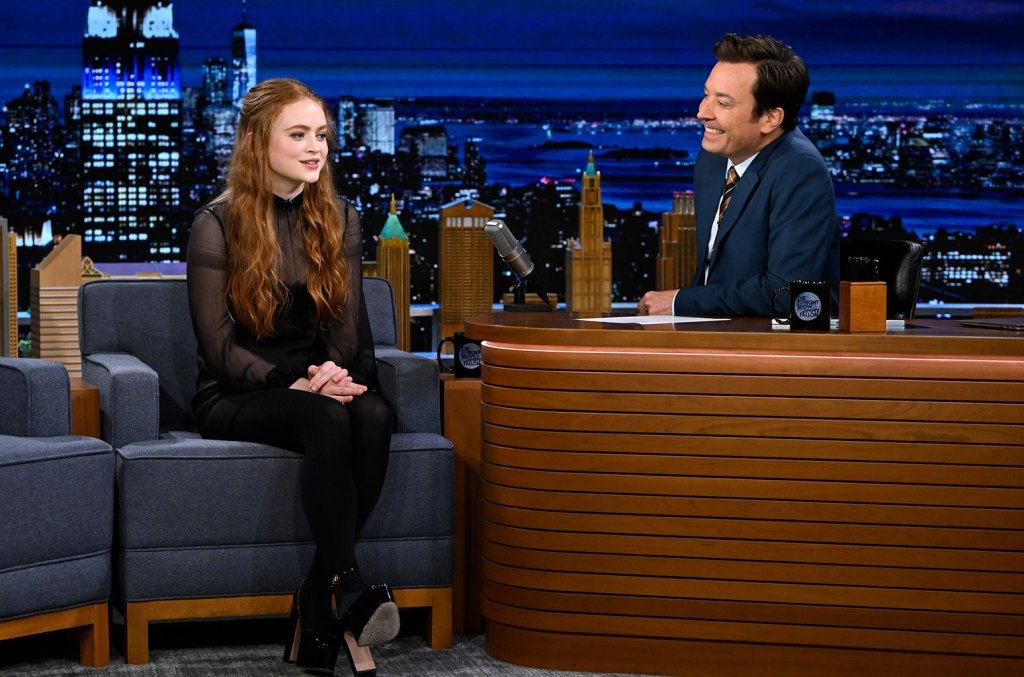 Sadie Sink visited The Tonight Show on Monday night (May 24) to talk about the terrifying upcoming season of Stranger Things and her origin story as a living room musical theater geek. But before she could get to any of that, avowed Swiftie host Jimmy Fallon just had to ask the 20-year-old actress what it was like to star in Taylor Swift’s short film for “All Too Well.”

“Taylor was saying she wasn’t going to make it if you didn’t star in it,” Fallon told Sink in recounting a chat he’d recently had with the singer. “She really wanted you to star in this film.” Shaking her head in disbelief, Sink appeared to still be gob-smacked by her good fortune, saying, “No! Like I didn’t know she knew I existed! And if she would have asked me to be a tree in something I would have said yes in a heartbeat.”

For the record, Fallon would totally be a tree in any Swift project if she’s interested. When the host asked how Taylor was as a director on the project, Sink was unequivocal in her praise. “Amazing,” she said, noting that it was Swift’s first time directing actors on a set. “Obviously I mean she can do anything, so she was incredible at it.”

In keeping with his love of busting out embarrassing pics, Fallon then reminded Sink that it wasn’t the first time she’d me Swift, as Sink blushed at the image of her as a child taking a fan pic with the singer backstage at a show. “I was so upset,” she recalled. “Because my eyes were like halfway closed and I looked like a drunk child!”

Sink also did her best to offer up no spoilers about the first volume of season 4 of Stranger Things – which debuts on Netflix this Friday (May 27) – teasing that it is “darker and scarier than ever” and that her character, Max, “is not doing too hot” as she navigates an emo phase.

Watch Sink on The Tonight Show below.