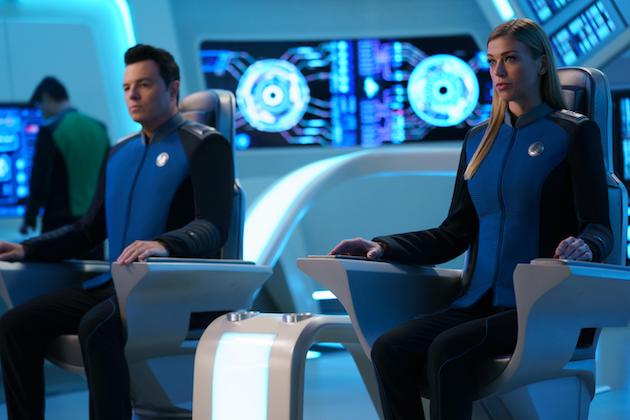 The Orville is about ready to embark on its latest voyage, and here to help you get ready for it are series creator Seth MacFarlane and costars Adrianne Palicki and Penny Johnson Jerald.

Season 3 of the space adventure drama – which will stream weekly on Hulu, starting Thursday, June 2 – has been a lonnnng time coming. But MacFarlane says it will be worth the wait.

“It’s been a stretch,” MacFarlane sighed during a TVLine Q&A, as he reflected on the COVID-delayed production. “We started shooting in, I guess, October of 2019, and then whenever things went to s-t, that’s when we stopped. And for 10 episodes, that’s a lot, but you’ll see why when it airs.” 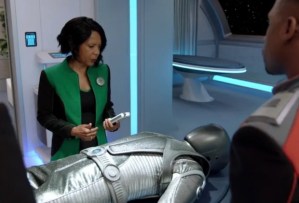 Storyline-wise, things are a bit tense aboard The Orville when Season 3 opens, given that Isaac (played by Mark Jackson) is again serving as Chief Science Officer, even in the wake of his fellow Kaylons attempting to take over the galaxy. In the video above, MacFarlane, Palicki and Jerald – who respectively play Captain Ed Mercer, Cmdr. Kelly Grayson and Chief Medical Officer Dr. Claire Finn – preview the mixed reactions to Isaac’s presence, including how it can be likened to their former network’s recent dealings with a certain former mayor.

MacFarlane then dives into who and what’s new for Season 3, including Anne Winters (13 Reasons Why) as Ensign Charly Burke, and some exciting creature designs. The early episodes also reveal a (thankfully!) redesigned shuttlecraft, as well as a single-pilot craft that Gordon (Scott Grimes) takes for a test drive.

Also in the video above, Palicki and Jerald hype some of their favorite episodes ahead, while MacFarlane talks about what it mean to get one final season with Norm Macdonald as the gelatinous and hilarious Yaphit, before the comedian passed last September.

In closing, TVLine asked MacFarlane about recent rumblings (stemming from a cast member’s new TV role) that The Orville will be docked – for good – after Season 3. “It’s really just a question of, is there an audience?” he said. “And that’s what remains to be seen.”

Want more scoop on The Orville, or for any other show? Email [email protected] and your question may be answered via Matt’s Inside Line.