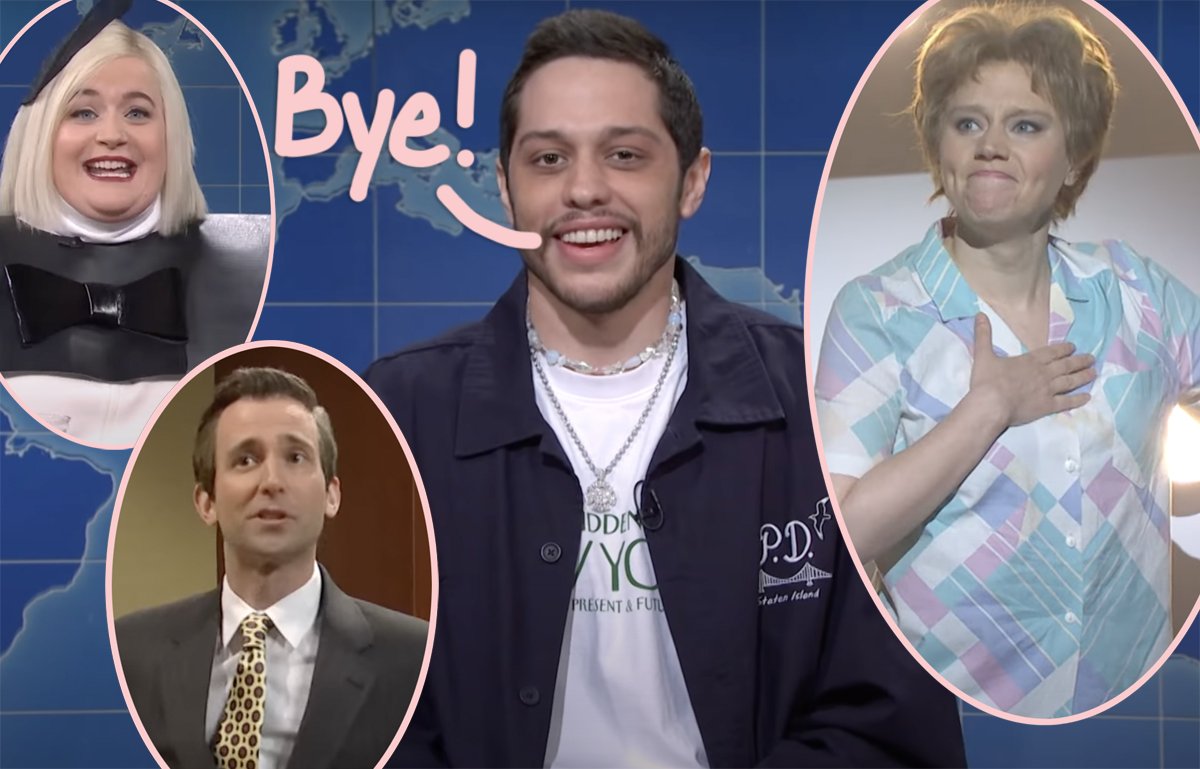 Four stars of Saturday Night Live just enjoyed the final episode of their final season on the late-night show – and they got a touching send-off for the finisher!

Pete Davidson, Kate McKinnon, Aidy Bryant, and Kyle Mooney all left the show after the season 47 finale on Saturday night, receiving quite a send-off from fans and their fellow castmates along the way!

Related: Could Kim And Pete Be Headed Down Under For A While?!

Of course, all eyes were on Davidson, who has risen to prominence over the years and then shot to another level of stardom recently after pursuing a romantic relationship with reality TV star Kim Kardashian. But he’s not the only one who’s been around SNL for a while! In fact, all three of the other dearly departed players have been there longer: Davidson for 8 seasons, Mooney for 9, Bryant for 10, and McKinnon for 211 episodes over 11 seasons – more than any other woman in SNL history.

In the show’s cold open, McKinnon revisited the popular “Close Encounter” sketch, playing Colleen Rafferty, a character boarding a space ship to leave Earth forever. Clearly emotional during the sketch and fighting back tears while delivering her lines, McKinnon said at the end of the cold open:

“Well, Earth. I love you, thanks for letting me stay awhile. Live From New York, It’s Saturday Night.”

It was Davidson’s departure that caught a lot of attention, with a touching goodbye sent from his run on Weekend Update in the season’s final ep on Saturday.

During the episode, the King of Staten Island star took to Weekend Update alongside Colin Jost and said:

“I never imagined this would be my life. Back then, I was just a skinny kid that no one knew which race I was. And now everyone knows I’m white because I became hugely successful while barely showing up to work. Look at me now, I’m aging like an old banana.”

“I appreciate Saturday Night Live always having my back. Thank you, Lorne, for never giving up on me or judging me, even when everyone else was and for believing in me and allowing me to have a place that I could call home, with memories that will last a lifetime. So thank you guys.”

Here are some of the highlights from the show (below), which was hosted by Natasha Lyonne and featured the musical stylings of Japanese Breakfast, and featured McKinnon, Bryant, Davidson and Mooney’s final on-air skits:

And the send-off itself: