“It’s what you do in life that’s important, not how much time you have.” Neon has revealed the first teaser trailer for Moonage Daydream, a David Bowie biopic documentary arriving in theaters later this year. This teaser drops just ahead of the film’s world premiere at the 2022 Cannes Film Festival later this week. Featuring never-before-seen footage and performances, filmmaker Brett Morgen examines David Bowie’s creative, musical and spiritual side. It’s the very first biopic authorized by the Bowie estate, described as “a cinematic odyssey exploring David Bowie’s creative and musical journey.” With unfiltered access to Bowie’s archives, including all his master recordings, they spent five years constructing a genre-defying “cinematic experience” that grapples with spirituality, transience, isolation, creativity, and time to reveal the celebrated icon in his own voice. I am a huge fan of the doc director Brett Morgen, especially after Jane which was an exceptional film. And this looks like it’s going to be yet another unforgettable cinematic + aural experience. 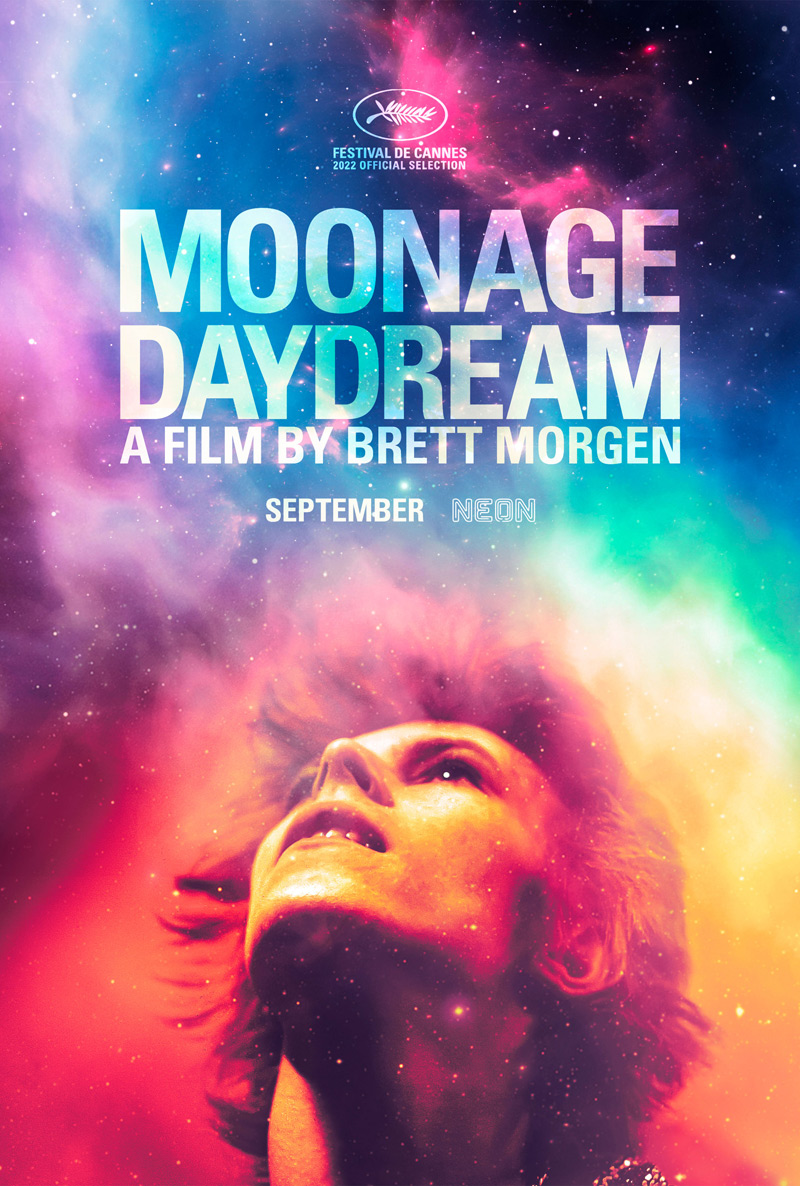 From Cannes: “David Bowie was one of the most prolific and influential artists of our time. Working most notably in music and film, Bowie also explored various other art forms: dance, painting, sculpture, video collage, screenwriting, acting and live theatre. Bowie’s creative output and personal archives span over five million assets. Moonage Daydream is the first film sanctioned by the Bowie estate. In 2017, the estate presented filmmaker Brett Morgen unfiltered access to Bowie’s archives, including all master recordings, to create an artful and life-affirming journey through David Bowie’s creative life. Over five years, Morgen constructed a genre-defying cinematic experience that grapples with spirituality, transience, isolation, creativity, and time to reveal the celebrated icon in his own voice.” Moonage Daydream is directed by the acclaimed doc filmmaker Brett Morgen, director of the films Ollie’s Army, On the Ropes, The Kid Stays in the Picture, Chicago 10, Crossfire Hurricane, Cobain: Montage of Heck, and Jane previously. The film is premiering at the 2022 Cannes Film Festival this month. Neon will release Morgen’s Moonage Daydream doc in select US theaters + in IMAX starting September 2022 later this year. First impression? Who’s in?