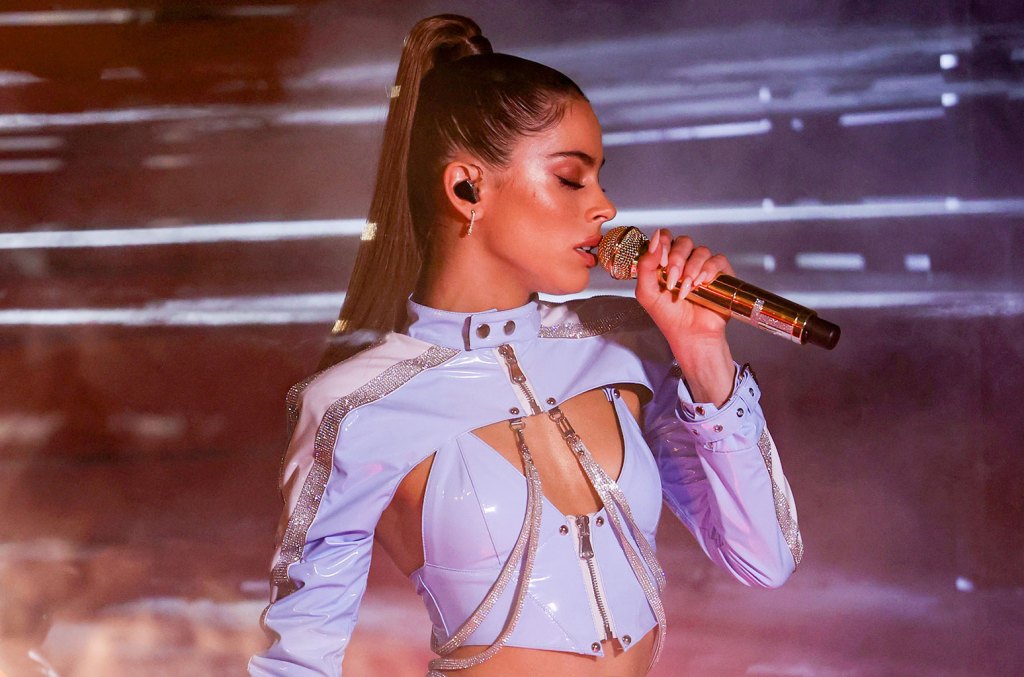 TINI’s “La Triple T” holds the No. 1 spot on the Billboard Argentina Hot 100 chart for a second week (chart dated May 21), two weeks after it flew in at No. 53. The track is the Argentinian’s first leader as a soloist, unaccompanied by another act, among a collection of three champs, including her seven-week run atop the list: “Bar,” with L-Gante (starting on the chart dated Nov. 20, 2021).

Harry Styles secures his highest ranking dating back to his first entry in May 2020, as “As It Was” climbs 7-2 after a two-week No. 7 high.

While Emilia’s “Cuatro Veinte” holds steady at No. 3 for a fourth week (after its No. 2 peak) and SofÃ­a Reyes and Maria Becerra’s “Marte” sits at No. 4, a new title visits the upper tier: Bad Bunny’s “Ojitos Lindos,” with Bomba EstÃ©reo, surges 19-5 in its second week. The Puerto Rican scores a second top 10 as “Moscow Mule” lifts 11-9. With the moves, Bad Bunny secures his 12th top 10 and enters a tie with J Balvin, both with 12, for the second-most top 10s among all acts, trailing only Maria Becerra’s 17 top 10s.

Effective this week, four additional digital music streaming services have been added to the chart calculation, while the chart methodology in relation to streaming has been adjusted to mirror the globally accepted formula assigning a greater weight to streams from a paid subscription tier over those generated on an ad-supported service or tier.

Back to Bad Bunny, as five more songs from his album Un Verano Sin Ti debut on the current list, he places a total of 17 songs and breaks the record for the most entries, surpassing J Balvin’s 14 total simultaneous entries.

Here’s a look at his scoreboard:

The Hot Shot Debut of the week goes to Trueno’s “Tierra Zanta,” which starts at No. 45. Trueno concurrently debuts another title as “Argentina,” with Nathy Peluso, starts at No. 48. Both tracks belong to Trueno’s recently released debut album, Bien o Mal, which has not entered the charts.

Lastly, four other debuts arrive this week: Becky G’s “BailÃ© Con Mi Ex,” which starts at No. 88,;Argentinian rock-pop band Airbag’s “Volver a Casa,” featuring Enanitos Verdes, bows at No. 90; Lady Gaga, who returns to the tally with “Hold My Hand” at No. 95; and Uruguayan’s No Te Va Gustar clocks its third with the No. 98 launch of “A Las Nueve.”