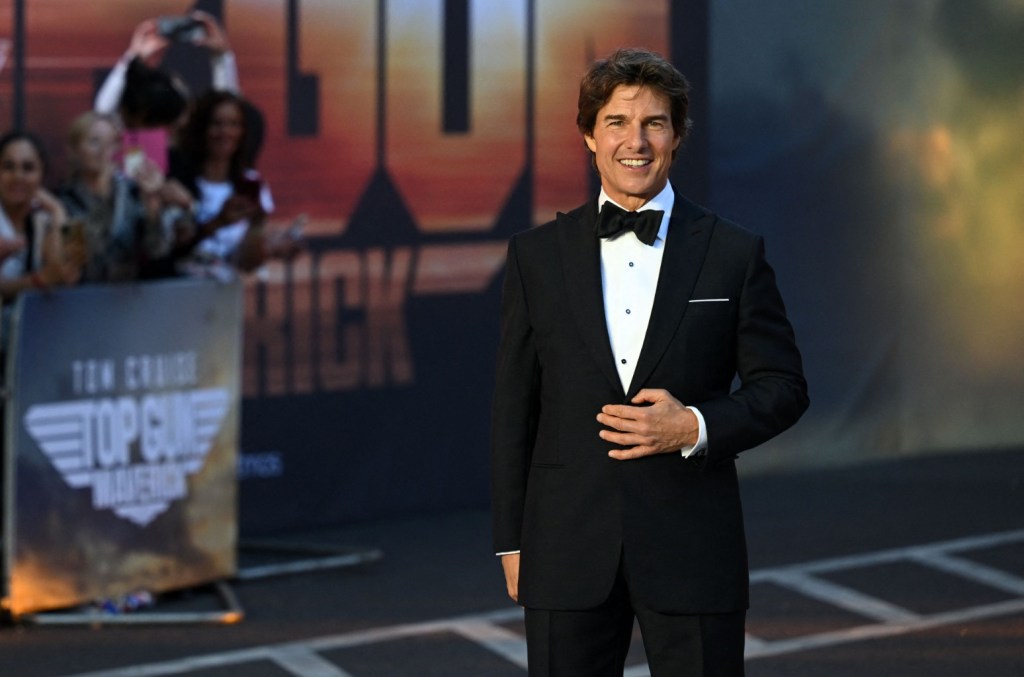 Superheroes and horror aren’t the only game in town anymore at the pandemic-era box office.

In a promising sign for the summer box office, Paramount and Skydance’s Top Gun: Maverick scored the second-best Memorial Day opening of all time with a projected three-day domestic haul of $124 million and $151 million for the four days. Pirates of the Caribbean: At World’s End remains the record holder with a Friday-Monday treasure chest of $153 million, according to Disney. (There’s been confusion all weekend about the Pirates‘ number.)

Maverick‘s launch is also a career best for Tom Cruise, and is the first time he has had a film open to $100 million or more.

Overseas, Top Gun 2 is doing equally impressive business, considering it isn’t playing in either China or Russia. The film opened to $124 million from 62 markets for an early global haul of $248 million through Sunday.

The release of the long-awaited sequel to the iconic 1986 movie is a defining moment for box office recovery, which so far has been largely fueled by superhero fare propped up by males ages 18 to 34.

More than 70% of Top Gun 2‘s audience was over the age of 25, including 55% over age 35, 38% over 45 and 18% over 55. Ticket buyers bestowed the film with a glowing A+ CinemaScore. And Imax and premium-format screens turned in a whopping 37% of the gross, while Top Gun 2 performed well throughout the country.

Heading into the holiday weekend, Paramount tried to temper expectations, since tracking showed the film opening to $92 million-plus. Yet many pundits believe the critically acclaimed sequel could soar well north of $100 million domestically. But tracking – one of Hollywood’s favorite pastimes – has become fraught in the pandemic era. Exhibitors were especially bullish on the pic and were already thinking it could hit $125 million to $150 million.

The film’s release was delayed for two years due to the coronavirus pandemic. Cruise, a relentless promoter, went on a global marketing tour in recent weeks that saw him make stops at a world premiere in San Diego, the Cannes Film Festival, a Royal-sponsored screening in London and another premiere in Japan.

Cruise may be one of the world’s biggest movie stars, but his films – including the Mission: Impossible movies – have never sported the sort of mega-openings that superhero tentpoles or other franchise installments can enjoy (think Jurassic World or Fast & Furious). Instead, his films can play and play.

To date, 2005’s War of the Worlds ranks as Cruise’s top domestic opening with a three-day gross of $64.9 million, followed by 2018’s Mission: Impossible – Fallout at $61.2 million, according to Comscore and not adjusted for inflation. The rest of his films have opened to less than $60 million.

Looking to provide counter-programming, Disney released 20th Century’s The Bob’s Burgers Movie in more than 3,400 theaters in North America. The PG-13 pic, based on the popular TV show that’s a favorite of teen girls, posted a subdued three-day tally of $12.6 million and $15.7 million for the four.

This article was originally published by The Hollywood Reporter.