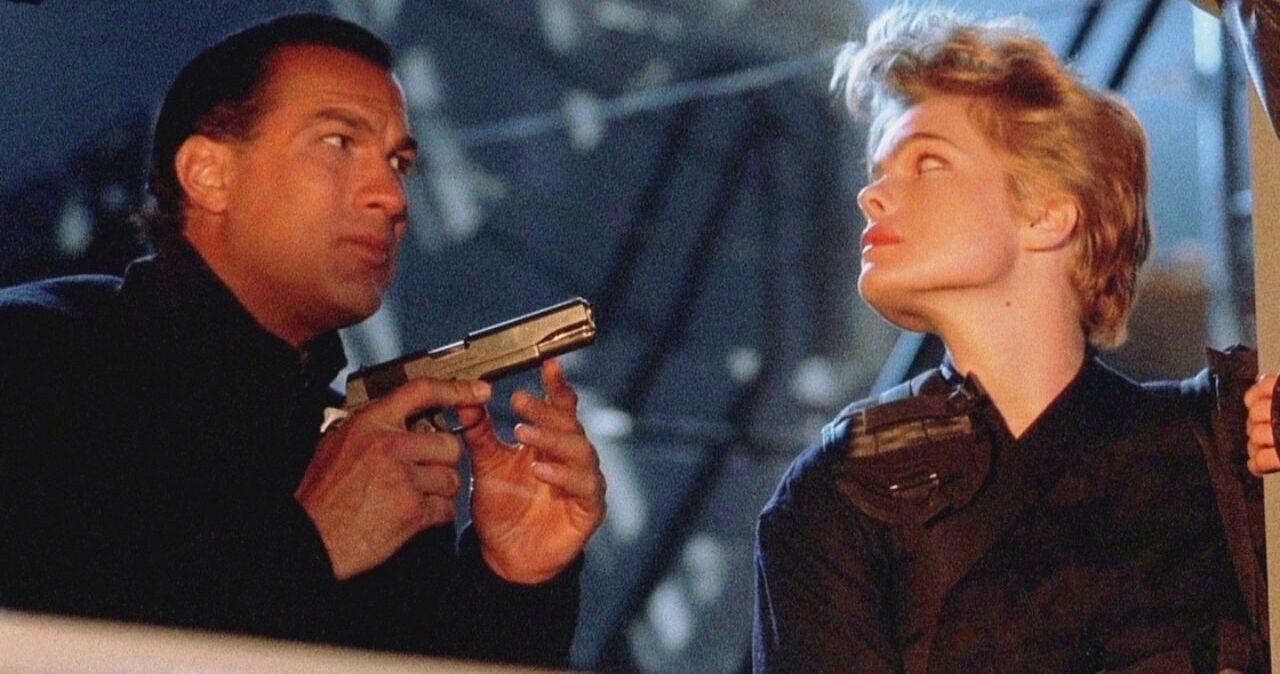 An Under Siege reboot is in development. While there’s no word at this time of original star Steven Segal returning, either in front or behind the camera, Deadline reports that movement has begun on a reboot of the 1992 action movie. The project is in the works at Warner Bros. with Timo Tjahjanto on board to direct and Umair Aleem penning the script. The plan is for the movie to head straight to streaming on HBO Max.

Tjahjanto is currently working on Last Train to New York, an American remake of the Korean zombie flick Train to Busan. The filmmaker’s previous work includes directing the segment “Safe Haven” in the found footage horror sequel V/H/S/2, as well as the movies Killers, Headshot, and Portals. He also helmed other genre titles like The Night Comes for Us and May the Devil Take You, each of which is streaming on Netflix. Screenwriter Umair Aleem, meanwhile, is best known for writing the new Netflix favorite Kate starring Mary Elizabeth Winstead.

The original Under Siege was released in 1992, directed by Andrew Davis and written by J. F. Lawton. It stars Steven Seagal as Casey Ryback, a former Navy SEAL who springs into action to stop a group of mercenaries (led by Tommy Lee Jones’ William Strannix) who seize control of the battleship USS Missouri. Gary Busey, Erika Eleniak, and Colm Meaney also star. The movie was a tremendous hit at the box office and was even up for multiple Oscars, having since become known as one of Seagal’s very best movies.

In 1995, Seagal returned as Casey Ryback in the sequel Under Siege 2: Dark Territory, this time moving the action from a battleship to a moving train traveling through the Rocky Mountains. Geoff Murphy directed the sequel which was written by Richard Hatem and Matt Reeves (yes, the Matt Reeves who’s reinventing Batman with Robert Pattinson in The Batman). The movie also starred Katherine Heigl, Morris Chestnut, Peter Greene, Nick Mancuso, and Kurtwood Smith. It did not reach the same levels of success as the original.

Steven Seagal had announced his plans to make Under Siege 3 in 2016. The actor wrote in a tweet at the time that Woodie Mister was writing the script for the project, declaring that “It’s time.” For whatever reason, this sequel seems to have since died out in development hell with no significant updates on its progress since. Maybe a third adventure for Casey Ryback just wasn’t meant to be, especially with news of a reboot coming to light. If it turns out to be a legacy sequel as opposed to a full-on reboot, then perhaps Ryback could still show up after all.

No release date has been set for this new Under Siege reboot, but it’s reportedly been pitched as an HBO Max exclusive. With more and more exclusive movies being set up at the various streaming services, many of them new takes or sequels to classic established titles, we’re bound to see more projects like this popping up in the future as well. This news comes to us from Deadline.