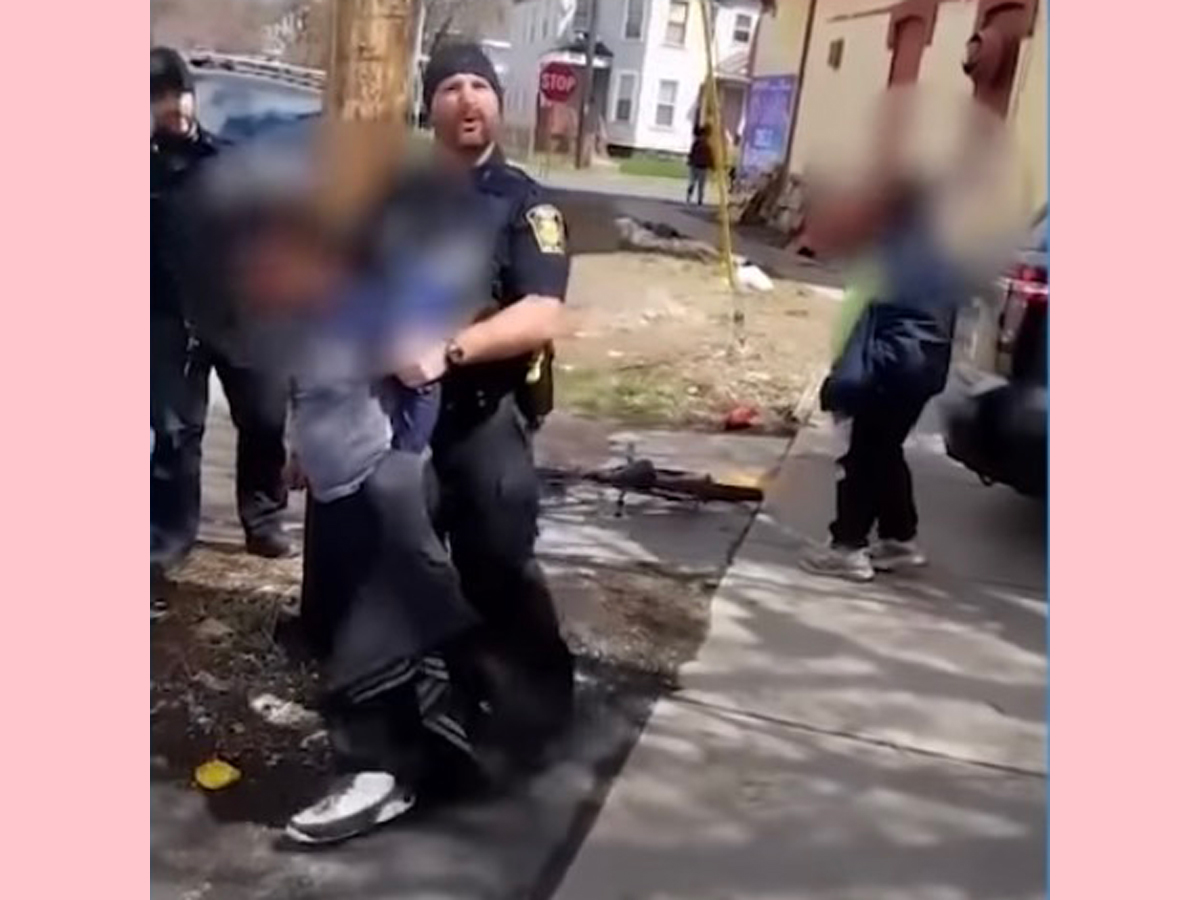 The young boy (who is Black) reportedly stole a bag of chips, prompting what appears to be an outsize response involving multiple officers, with one restraining his arms around his back and forcing him into a police vehicle.

You can see the upsetting video for yourself (below):

The video was filmed by Kenneth Jackson, who told WTSM:

“I felt his terror and decided to intervene. … There’s a way that the police need to interact with kids, and what they did that day was completely unacceptable.”

The boy’s father, Anthony Weah, told the Post-Standard he was grateful to Jackson for intervening. He questioned:

“Why would the police treat that child like that? Over a $3 bag of chips.”

After the clip went viral, the Syracuse Police posted a statement on Twitter:

“We (SPD) are aware of a video being shared on social media involving several of our Officers and juveniles accused of stealing from a store on the City’s northside. The incident, including the Officers’ actions and body-worn cameras, are being reviewed There is some misinformation involving this case. The juvenile suspected of larceny was not placed in handcuffs. He was placed in the rear of a patrol unit where he was directly brought home. Officers met with the child’s father and no charges were filed.”

“When the online video was first shared with me on Monday, I was concerned. I asked Chief Buckner and the SPD to review all body worn camera footage, which is ongoing. Officers were responding to a call for a larceny that had just occurred at a nearby business. Based on what I have seen, the body camera footage demonstrates no handcuffs were used by officers at any time. The child was placed in the back of a patrol car and taken home to his family. The officer knew the child from prior interactions and explained to him that he was being taken home. The officers returned the child to his family and discussed the incident with his father before leaving without filing any charges. What occurred demonstrates the continuing need for the City to provide support to our children and families and to invest in alternative response options to assist our officers.”

My statement on the video of the recent incident involving @SyracusePolice. pic.twitter.com/2JyqKvvnVC

These statements insisting that the child wasn’t handcuffed is not at all reassuring. Seeing three adult officers physically intimidate and manhandle a crying kid – particularly a young Black boy who is likely all too aware of the dangers police present to him – is upsetting enough without the handcuffs.

Mayor Walsh is right about one thing, alternative responses need to be available, because there is no scenario in which a child should be detained in such a manner as a punishment, even if they’ve done something bad. A kid stealing a bag of chips simply does not warrant any kind of police response at all. Are there not more pressing matters for the cops to attend to?