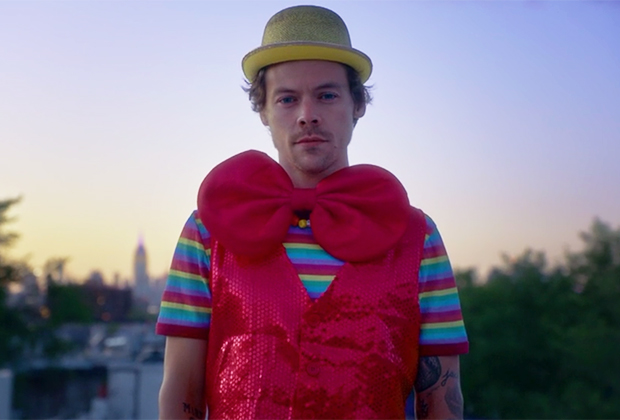 You’ve been to Harry’s House. Now, James Corden is bringing the One Directioner to your apartment.

Well, not to your apartment – unless you happen to be one of the roommates featured in this Harry Styles segment from Thursday’s episode of The Late Late Show. To promote his new album, Styles (flanked by Corden and a camera crew) pounded the pavement in Brooklyn, looking for an apartment in which to film a music video for his song “Daylight.”

The catch? He only has three hours and $300 to spend on the shoot. Needless to say, Styles was forced to get extremely creative with bathroom lighting, party decor and clown-like costuming. Fortunately, he’s Harry effing Styles and he can make anything look good.

Hit PLAY on the video above to watch Styles’ appearance on The Late Late Show, then drop a comment with your thoughts on the final product below.