Watch: Terry Gilliam in a Video Store Talks About His Favorite Films – CelebrityGossipNow.com
Skip to content

Watch: Terry Gilliam in a Video Store Talks About His Favorite Films

“Films are dangerous. You have to be careful what you say when you make a film.” Let’s take a trip down the cinema rabbit hole with Terry Gilliam (who last made The Man Who Killed Don Quixote in 2018). This fascinating, geeky video comes from France, put together by a YouTube channel called “Konbini” for their “Video Club” series. They were able to convince Terry Gilliam to let them film him while he strolls around an awesome video store located in Paris, picking out random films and talking about them. He discusses his favorite filmmakers, movies that he loves and a few that he does not like, stories about making movies, and so much more… He also talks about a few of the actors he knows, including Bruce Willis, Brad Pitt, Robin Williams (RIP), and Robert De Niro. It’s so much fun to hear Gilliam just ramble on about any & everything cinema, good and bad, saying some totally crazy stuff, and dropping some smart thoughts, too. View below. 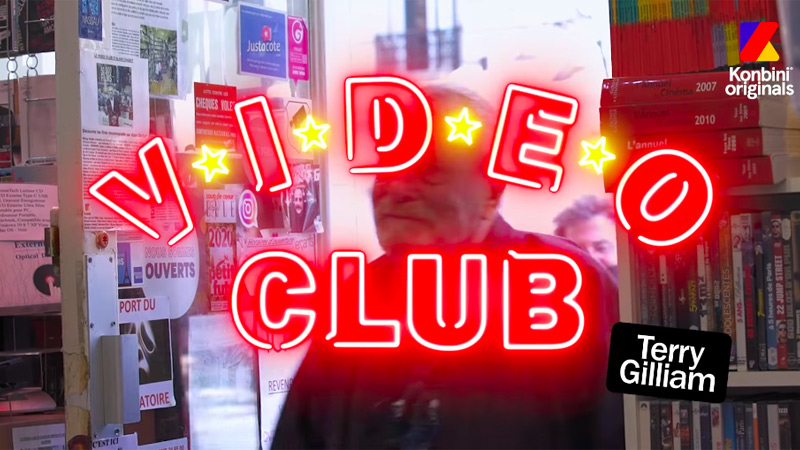 Thanks to Open Culture for the tip on this video. The video is made by Konbini, a mega popular YouTube channel from France. It’s part of their “Video Club” series talking about cinema featuring interviews. Their intro (direct translation) states: “Putin’s most-watched film, the genius of Lina WertmÃ¼ller and the talent of Heath Legder: Terry Gilliam came to our Video Club to talk about cinema. He was the guest of honor at the Luxembourg City Film Festival last March!” The video store he actually visits in this video is JM Video in Paris (see Google Maps) – visit their official site. In this, Gilliam mentions his favorite filmmakers including Stanley Kubrick, Lina Wertmuller, Federico Fellini, Quentin Tarantino, and many others, including one of his current friends, Albert Dupontel. For more info on the video or to watch again, visit YouTube. I wish we could listen to Terry Gilliam talk about more films every week. More of this, please! Your favorite moment?