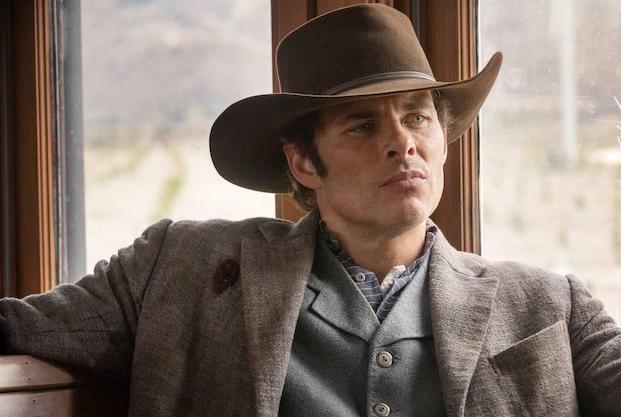 One of Westworld‘s original hosts is coming back online.

James Marsden will return to HBO’s sci-fi series in the upcoming Season 4. The casting news was announced Saturday during the show’s panel at ATX Festival, which Marsden attended as a surprise guest.

No one on the panel – which also included co-creator Lisa Joy and executive producer Alison Schapker as well as stars Jeffrey Wright, Evan Rachel Woods, Angela Sarafyan, Aurora Perrineau and Luke Hemsworth – gave any further details about what Marsden would be up to in the new season.

Viewers will remember that Marsden played Teddy Flood, a wide-eyed, aw-shucks hero host who was a love interest for Wood’s Dolores. Teddy was a major character in Seasons 1 and 2.

Season 4 will be set at least partially in New York City. Joy told the audience at the panel that Wood will play a new character named Christina, who is a writer.

After more than two years’ absence – the Season 3 finale aired in May 2020 – Westworld will return for its long-awaited fourth season on Sunday, June 26. Ariana DeBose (Schmiagdoon!, West Side Story) has joined the cast in a mysterious role.

Are you excited to find out who – or what – Marsden will play in Westworld Season 4? Hit the comments and let us know!