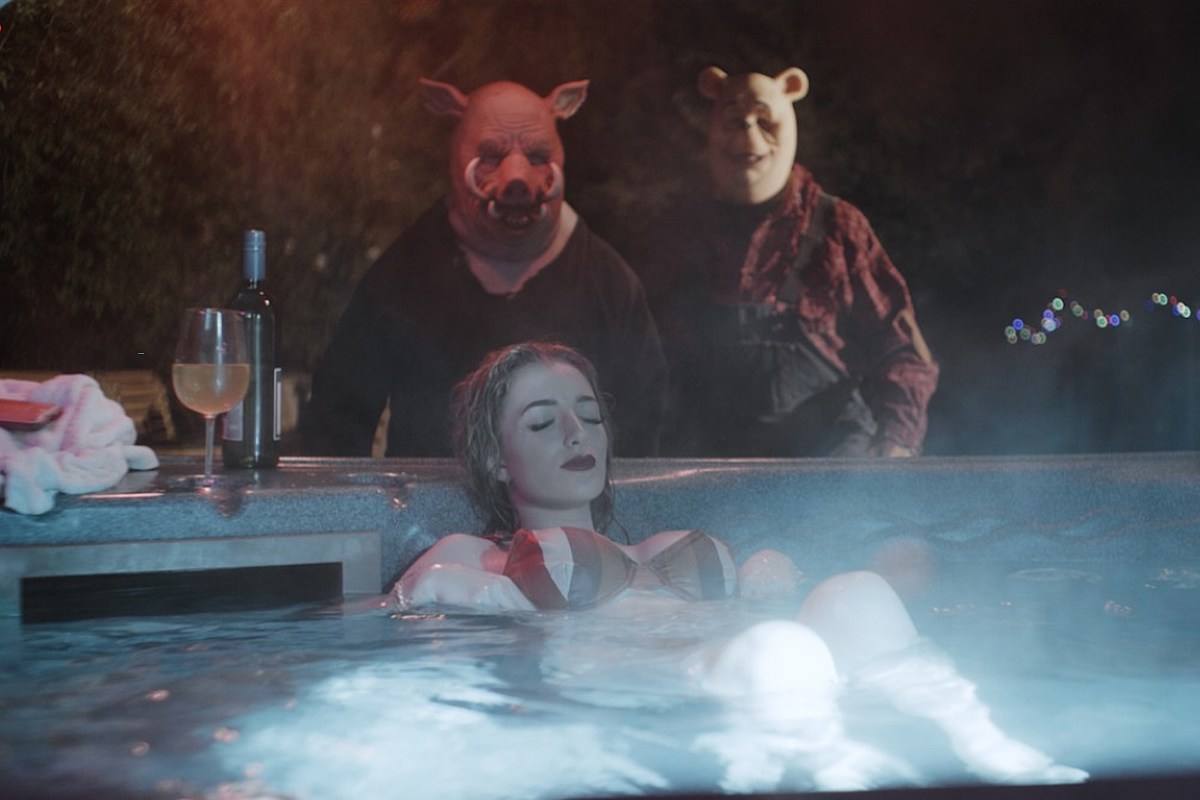 Winnie The Pooh: Blood And Honey is going to be a strange film and as such, it opens with some pretty strange events. According to the director, one of the inciting incidents is that Piglet and Pooh eat Eeyore. Most further details are going to have to wait for the release of the film, but we do also have a few clues to go off of.

According to an interview with the director, the Winnie The Pooh and Piglet of this dark horror movie have grown hungry and feral in the time between Christopher Robin’s childhood and adult life. When Christopher returns to the Hundred-Acre-Wood, he brings along his new wife. This is yet another inciting incident that truly kicks off the carnage of Blood and Honey.

The director of the film definitely seems to delight in taking a beloved children’s property and turning it into a shocking shadow of itself. At the end of the original book series, it becomes clear that the animals in the Wood realize that Christopher Robin is going to grow up soon, and have to leave them. Since they know they won’t see their friend anymore in the near future, they throw Christopher Robin a party.

Obviously, Blood and Honey‘s director, Rhys Frake-Waterfield, had different ideas. Instead of celebrating the coming-of-age of Christopher Robin, it turns the animals in the Wood into savages. When asked for more details about the movie, he said:

Pooh and Piglet experience a drastic drop in food as Christopher grew up. Over the years they became increasingly hungry and feral. They had to resort to eating Eeyore. Then Christopher returns with his wife to introduce her to his old friends. And when that happens, they get enraged when they see them. All of the hatred they’ve built up over the years unleashes and then they go on this rampage. That continues when they end up at this rural house with these girls.

As of now, the film hasn’t been given an official release date. That being said, the movie is currently in post-production, which means we can all look forward to watching the slaughter unfold soon.

The 10 Worst Horror Movie Cliches Of All Time

While the horror film genre has expanded immensely over the past few decades, there’s still some annoying stereotypes that just won’t go away. Here are the worst clichÃ©s in scary movie history.